The 11 new taverns you should know this spring

A year ago around this time, the pandemic surprised locals and strangers and left the people of Madrid orphaned from restaurants, taverns and bars. He barely had time to open 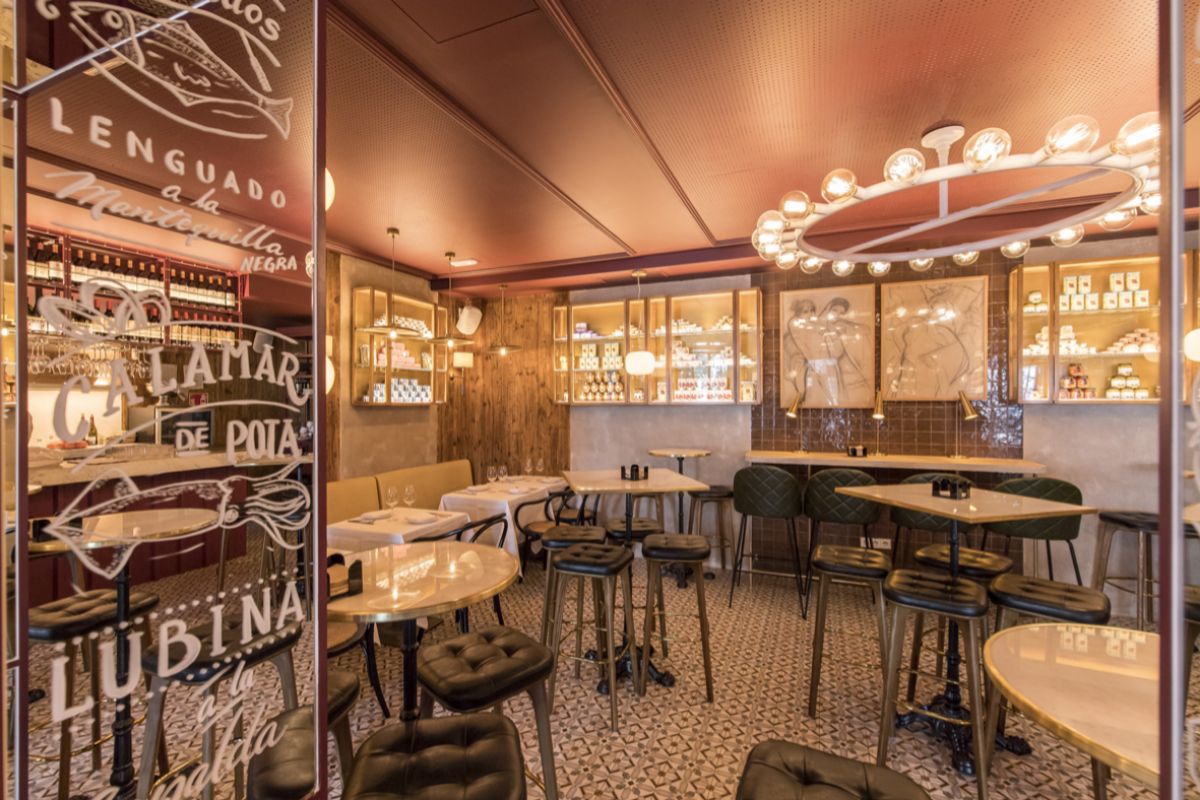 A year ago around this time, the pandemic surprised locals and strangers and left Madrid orphans of restaurants, taverns and bars.

There was hardly time for openings such as

(a very young space managed by O'Percebeiro, chef Iñaki Bretal and the Palleiro family in which it is committed to recipes of Galician inspiration and techniques from the world) will settle in the Madrid hospitality scene.

And many others that remained in the inkwell ...

But those times passed and, despite the fact that the restrictions are still tough, many brave people dare with

new informal culinary proposals, where snacking is the watchword

And although the bars are still closed, while we wait for their reopening, in this selection of new venues it is possible to enjoy good portions, sharing tables or nightstands.

At the end of the summer of 2020, chef Pedro Gallego inaugurated his most personal gastronomic project.

A warm space that serves as the setting for a traditional kitchen that respects tradition but with a touch of updating.

There are creamy croquettes of Iberian ham, torrezno with

mussels with homemade pickle and their vegetables

with toasted bread and spicy dressing ... and snout or the lower back of an old cow.

In the Vallehermoso Market, this stall, which also has a tasting area, specializes in

Its specialty is kimchis, sauerkraut, kombuchas, hot sauces ... which can be purchased to take away or try there in various preparations, such as meatballs with red cabbage and green apple sauerkraut or the kimchi and cheese sandwich.

The Castizo of Velázquez

It belongs to the Carbón Negro group, it is a traditional tavern (with its bar, its tables) with urban designs.

The menu has been carefully created by Hugo Muñoz, the group's executive chef, who has opted for a twist on traditional Madrid recipes.

To start with, laterío fino (mussels from Ramón Franco),

(aubergines from Almagro, tuna mojama from almadraba or anchovies in vinegar from Ahumados Domínguez).

It is located in Lavapiés and its name refers to an ancestral way of cooking in Mexico:

tatemar, cooking food on fire almost until it burns

And that is what this charming local sells, a traveling and informal culinary proposal, as multicultural as the neighborhood in which it is located, in which almost everything happens on the embers.

Tatemada on the cob with popcorn powder, parmesan and roasted garlic aioli;

It is located in the heart of the Las Salesas neighborhood and its traditional but current snack offer is an ode when it comes to aperitif.

The Sevillian chef Guillermo Salazar is responsible for a wonderful collection of classic dishes with a refined essence, such as the house gilda, oxtail croquettes,

, tuna salad with homemade pickle, the sea ​​bass marinated in garlic or anchovies with farmhouse butter.

To pass the drink, vermouth Lustau.

It has a terrace and is open non-stop.

Luis Muñoz, Mario Scheffer and Gon Hierro have just inaugurated a three-in-one space in the heart of Chamberí.

This D.Origen is a gourmet market, a butcher's shop and also a cafeteria-restaurant where you can try (almost) at any time of the day the food that is displayed in its windows.

For example, rice black pudding with DO Burgos with peppers and egg, the

omelette in the casserole with caramelised onion and truffle

or the ripened picaña oil cake with idiazábal and arugula.

After succeeding in Granada (where this project originated) and in Malaga, the Madrid headquarters has finally been inaugurated.

In a huge space (250 square meters) with designer furniture, the formula for success that already works in southern Spain is replicated.

You choose the drink and select the tapa (or tapas) you want to take (1.90 euros per unit):

, homemade potatoes with spicy sauce, chapatín de tenderloin with aioli sauce ... There are also portions to share and trendy dishes, such as various burgers or tuna tartare.

The Barrio Húmedo is, perhaps, the most popular area of ​​León.

It is located in the historic center of the city and is known for being one of the great tapas routes in Spain, where with each consumption a bite is offered.

Thus, it is not surprising that under this label in Madrid there is a tavern with a Leonese soul located in front of the Retiro Park run by Luis de Paz, an industrial engineer reinvented into a 21st century tavern keeper.

On the menu, beef jerky, beef tongue cured with vinaigrette,

The Valladolid chef and winegrower Nicolás Barros runs this traditional food house with the soul of a wine bar that has an informal area dedicated to sharing tapas and portions.

At the entrance, next to the window, it is possible to enjoy dishes in which, as the name of the establishment already anticipates, tradition is a watchword.

, the homemade sausages (smoked bacon, beef tongue, suckling pig mask), the mullet pate with truffle and boletus, the croquette or the tripe.

To drink, a selection of 70 references that vary according to the season and in which natural wines have a place of honor.

Lacón slipper in the old Melo's.

Originating in Cádiz, the Zoko group landed in Madrid four years ago with its headquarters in front of the Retiro Park.

Now, they replicate the project that was born in Zahara de los Atunes in the Valdemarín area, in a space with a similar

(garage air and worship of Bowie and the Stones) and with several of its classics on the menu, such as

, the shrimp tacos, the tuna salad with smoked chili peppers or grilled shrimp skewer with chamomile and pack choi.

The wine list offers a good selection of sherries and in the range of cocktails you should not miss the Tuna Rita, a version of the classic margarita in which the salt is replaced by a heart touch of salted tuna.

After 40 years of history, last October the

mythical bar in Lavapiés, famous for its

But in mid-February, social networks were on fire when it was learned that three young entrepreneurs (Rafael Riqueni, Alejando Martínez and Ignacio Revuelta) had taken over the place to continue the tradition.

Yes, everything remains exactly the same because they have inherited everything from the former owners.

Except for the croquettes recipe ... (the secret of their béchamel will have to be discovered by trial error).

In addition, a novelty: the cod, the same (or as similar as possible) as that of Casa Revuelta, an inn that once belonged to the family of one of the partners.

DESSERT Miguicheese, the home delivery cheesecake that is sold as churros

PRODUCT14 places where artichokes are addicted