4 reasons to get hooked on Sky Rojo on Netflix

A PLOT OF FRENTIC RHYTHM Sky Rojo tells, in essence, the escape of Coral, Wendy and Gina (Verónica Sánchez, Lali Espósito and Yany Prado), three prostitutes who work in a brothel 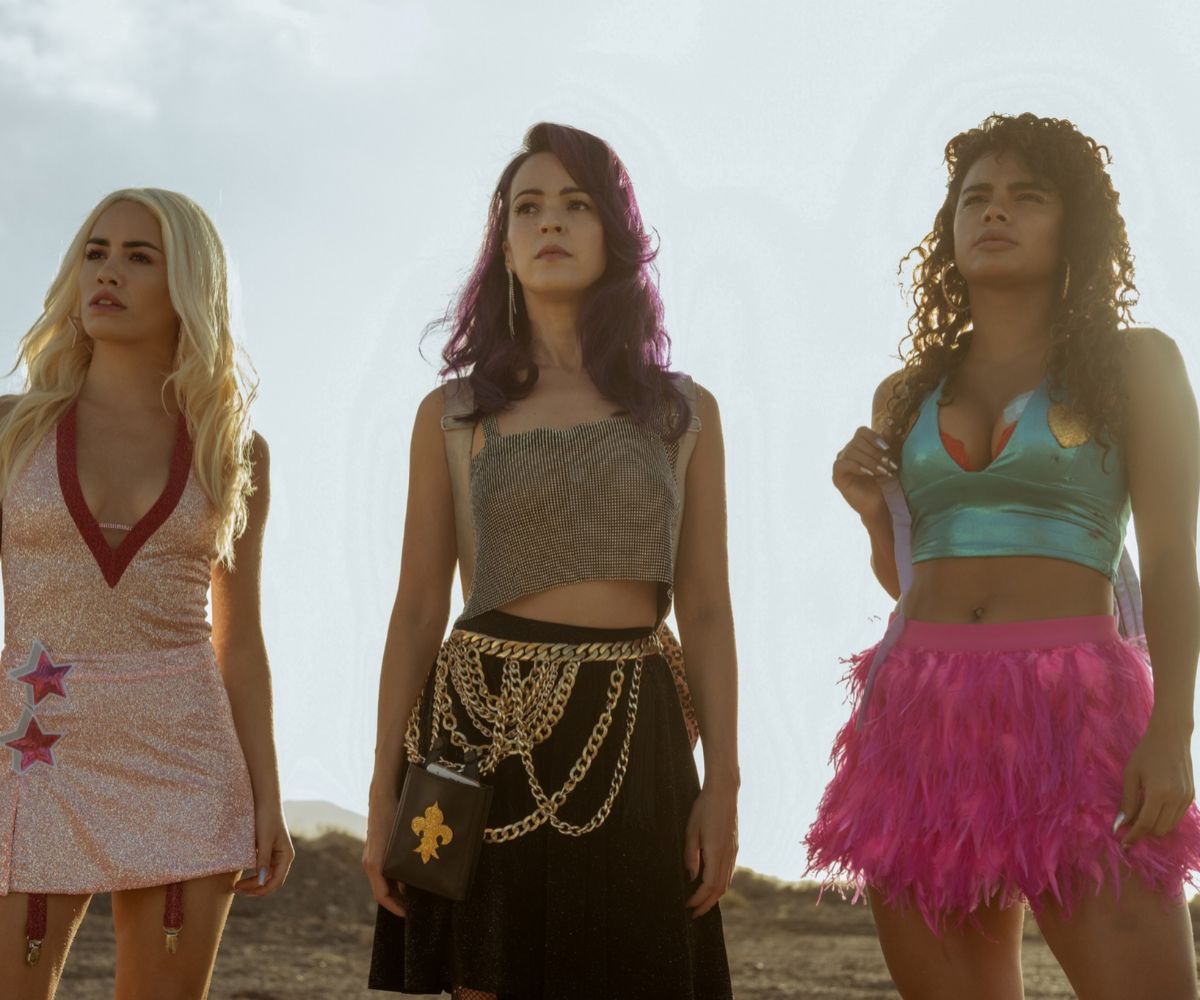 A WEEK OF FRENTICAL RHYTHM

tells, in essence, the flight of Coral, Wendy and Gina (

), three prostitutes who work in a brothel, after having violently beaten Romeo (

owner of the brothel

From there and after having suffered despicable clients in their flesh, they see a great opportunity to regain their freedom.

to the right, Lali Espósito, Verónica Sánchez and Yany Prado.

gets his 'slaves' back

To do this, he sends two henchmen, Christian (

), to catch them and bring them back to the club.

by car and on

are the key elements that appear in a plot full of scenes of well executed action.

And with many points in common with Tarantino's cinema.

makes it unsuitable for the smallest of the house.

women who are used to calm the desire for sex of paying men.

And, although there are many characters in this series, the absolute protagonists are three women of different ages.

Coral, Wendy and Gina are those three girls who dream of regaining their freedom.

To do this, they start a flight to a future

In times of #MeToo, it is appreciated to listen to

as those spoken by the character of Verónica Sánchez with her voice-over, who openly tells of the

contempt suffered by many brothel workers.

Who can resist watching an action series in which to tell a little more (that is, spoiler) about its plot would be a big mistake?

in the form of flashbacks in each of its chapters.

of its first season do not exceed

each, which makes this production a perfect option to watch in marathon mode.

In addition, those responsible have enjoyed the

, which has trusted them in a clear and obvious way.

Under normal conditions, when a series is released, you have to wait a while to see if there will be a second batch of episodes.

it is not that it has been confirmed that it

will have a second season

... but that this one has already been recorded.

In the Canary Islands, by the way.

A CAST FULL OF STARS

A winner of a Goya Award, stars of series that have been a success, a team of highly rated scriptwriters ... In

, the viewer can find many incentives to get hooked.

became a star thanks to

won the Goya Prize for his work in

was about to achieve it for

And, although they are not yet known in Spain, the Cuban Yany Prado and the Argentine

Lali Espósito and Asier Etxeandia at the 'Sky Rojo' brothel.

Finally, one of the factors that could anticipate the success of this series could be who is in charge.

'of the creators of

we find the scriptwriters and producers

, who touched the sky with that series of thieves.

With all these details plus the support of a great platform like Netflix,

everything seems to indicate that

will be a success.

Netflix remembers the 'Nevenka case', the drift of a macho society