The overall air quality improved as fine dust decreased after the coronavirus, but if you look a little closer, things like bus stops are different. As it is exposed to dust from the road, various studies are being conducted to solve this problem. 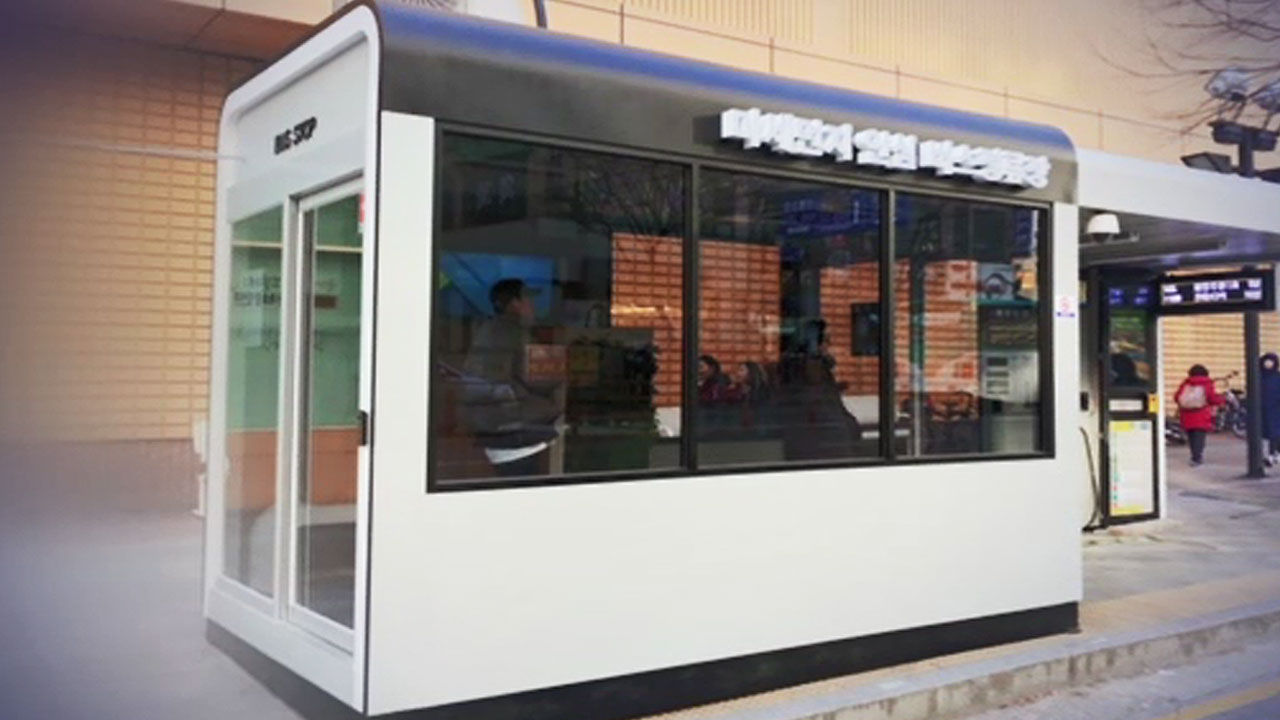 Corona, the overall air quality improved as fine dust decreased, but if you look closer, the circumstances are different for places like bus stops.

As it is exposed to dust from the road, various studies are being conducted to solve this problem.

amount of movement decreased due to Corona 19, the sky became remarkably clear in a year.

In January, the national average concentration of ultrafine dust was 20 micrograms per cubic meter, the lowest in January.

However, the air at the bus stop is still not good.

Because of brake and tire dust, the concentration of fine dust is up to three times higher than elsewhere.

To solve this problem, the first thing that appeared is a closed stop.

However, if there are many waiting passengers in a small space, there is a fear of corona infection and it disappears quickly.

This is a semi-open bus stop.

Part of the stop is open, and the wind blows constantly from the ceiling.

The blocking principle is simple.

This is a method that prevents dust from entering the open space by blocking the dust generated from the road through this glass wall and continuously blowing the air from the air purifier on the ceiling of the bus stop.

After installing and testing in Bucheon, Gyeonggi-do for two years, fine dust inside the bus stop was reduced to half of that of regular bus stops.

The installation cost is 1.5 times that of a regular stop, but there are parts that need to be supplemented technically.

When the bus stands, the dust can get clogged up on the walls of the bus stop, leaving people on and off the bus temporarily exposing them to high concentrations of dust.

[Park Deok-Shin / Korea Railroad Research Institute Ph.D.: If the air flow itself (inside) is slightly improved, the efficiency of removing fine dust can be improved.

Citizens participate and give their opinions, and we make improvements to meet those opinions...

It is noteworthy how far the evolution of the bus stop will be like the subway, which improved safety and comfort by installing screen doors.