American zoologist and zootechnician, professor at the University of Colorado, Temple Grandin was born in 1947 in Boston. His discoveries, designed to improve the well-being of the animal, have deepened ... 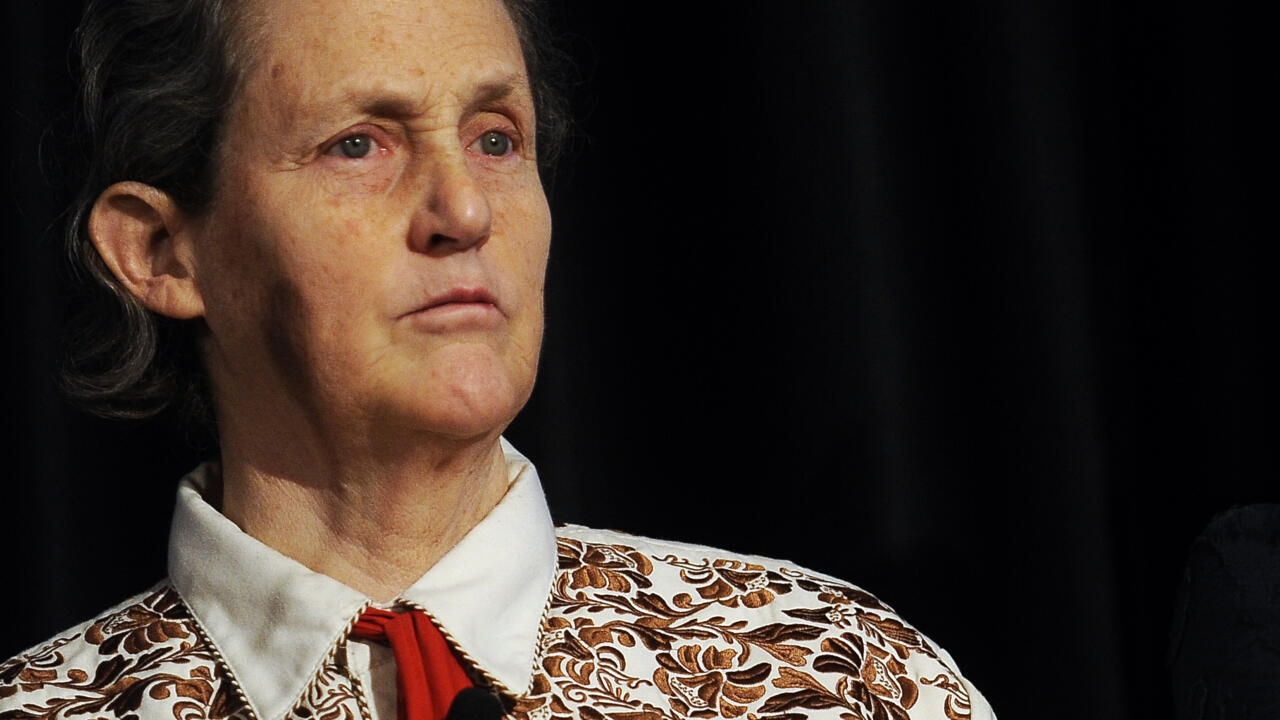 Temple Grandin, an animal science professor at the University of Colorado, is also known for her advocacy for people with autism.

American zoologist and zootechnician, professor at the University of Colorado, Temple Grandin was born in 1947 in Boston.

His discoveries, designed to improve animal welfare, have profoundly changed the methods of industrial breeding and slaughter.

Diagnosed with autism, she also contributed to a better understanding of this handicap, with the slogan "different, not less!"

She's certainly a strange little girl, but she will learn to speak,

" a psychiatrist tells Eustacia Purves of Temple, her three-and-a-half-year-old daughter.

In the 1950s, in the United States as in the rest of the world, autism was poorly understood.

Temple is diagnosed with "

", and it is recommended that she be placed in a specialized institution for the mentally retarded.

But Eustacia does not resign himself to her mute child.

She brought up her child in the right direction, without giving in to pressure from the institutions.

And Temple Grandin has proven through his professional career the tremendous potential of people with autism.

Temple Grandin has indeed a great influence on the development of ethology, this science of animal behavior which considers animals as individuals whose emotions and feelings must be understood.

Fascinated by cattle, one of the “specific interests” linked to her autistic disorder, Temple Grandin studies them.

On all fours, she walks the corridors of slaughterhouses to spot the spots of light and shade that frighten cattle and increase their stress.

She is a pioneer in this field

, enthuses Lucile Bellegarde, PhD in ethology and in charge of agrifood affairs for

Its contributions were revolutionary.

Without questioning factory farming, Temple Grandin is working to develop it so that animals are raised and slaughtered in a more respectful manner.

Rewarded both by associations for animal welfare and by meat manufacturers

She notices that cattle evolve naturally by following a curve,”

Right angles scare them because they can hide predators.

Temple Grandin thus created in 1980 its consulting and engineering company in livestock equipment and offered slaughterhouses a curved circuit.

Appeased, the animals walk there without constraint: the staff no longer has to force them to move forward.

Sight, smell, hearing, touch… All the senses are called upon to best adapt the breeding and slaughter places to the functioning of the animals.

Their well-being improves, as does the performance of slaughterhouses.

MacDonald's commissioned audits in the 1990s, and transformed its slaughterhouses following his method.

Temple Grandin was recognized in 2004 by PETA USA and

, making her one of the few people in the world to be recognized by both animal welfare advocates and meat industry.

Currently, nearly half of the slaughterhouses in North America use the devices she has developed.

voice of the voiceless

” by her biographer Annette Wood, Temple Grandin also uses her professional and academic success - she has a degree in psychology and animal husbandry - to improve the lives of people with autism.

During her studies, she thus designed a "cuddling machine", inspired by the calming effect that squeezing cages have on cattle.

Temple Grandin was inspired by squeeze cages to immobilize cattle to design its cuddle machine.

Capacity is still used by people with autism,"

Many children and adults now use weighted blankets, which have an effect similar to that

the Autism Society of America

and began to give his testimony.

In 1986, his autobiography appeared, entitled “My autistic life”, which for the first time provides an understanding of autism seen from the inside, with the slogan “different, not less!

Temple Grandin is one of the first people with autism to talk about their feelings, their relationship to the world and to sensoriality,”

her books, her testimony, she made it possible to better understand the functioning of people with autism, and to show that their behaviors, which could seem

rationally explained, that they had a meaning. .

and released in 2010, tries to explain and stage his way of feeling and thinking about things.

She is a model for many autistic people and their families