Fire at Daeungjeon at Naejangsa Temple in Jeonbuk... Arrest a monk for arson

About two hours ago, a fire broke out in the Daeungjeon Hall of Naejangsa Temple in Naejangsan Mountain in Jeongeup City, Jeollabuk-do. It is said that no one has been injured until now while evolution is currently being worked on. 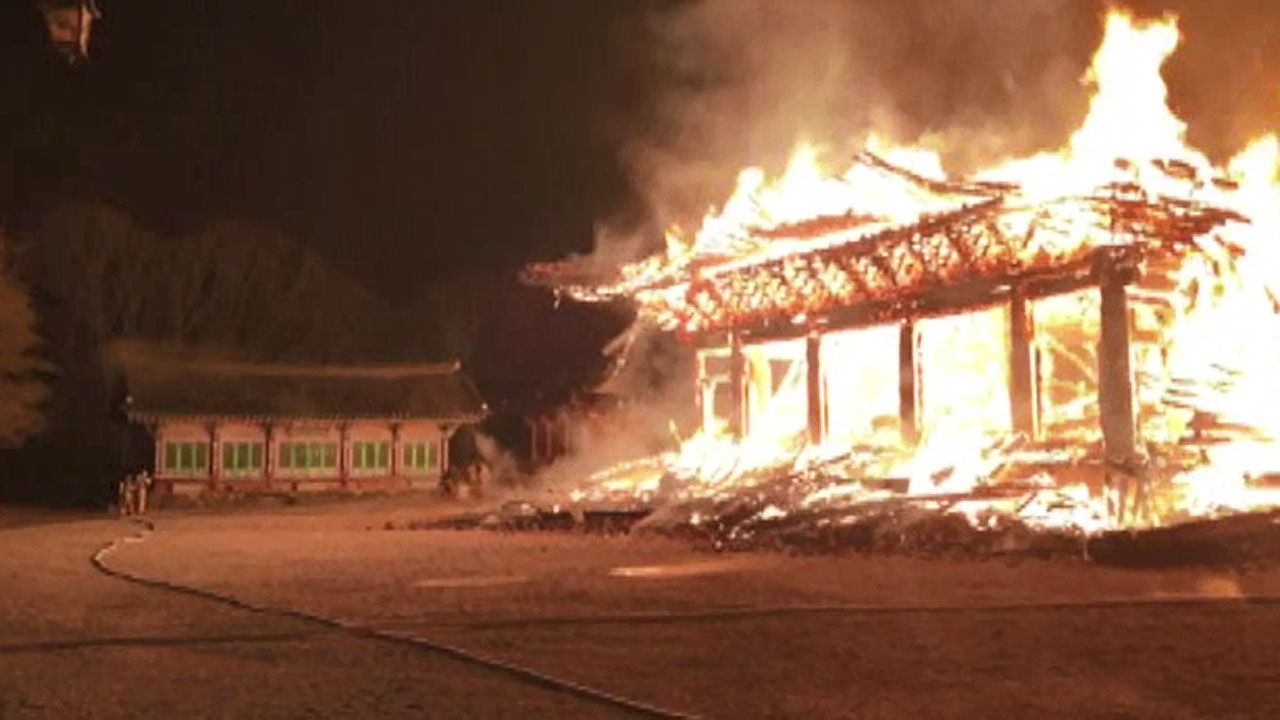 About two hours ago, a fire broke out at Naejangsa Temple Daeungjeon in Naejangsan Mountain in Jeongeup, Jeollabuk-do. It is said that no one has been injured until now while evolution is currently being worked on. The police have deliberately set a fire on fire, and are holding and investigating an arson suspect.

temple in the temple was completely engulfed in flames.

The fire department, who was reported and dispatched, is working on fire fighting to this day.

It has been said that there has been no human injury to date.

Police arrested a 53-year-old monk, A, on charges of arson.

This man is known to have directly reported that he set himself on fire.

There are a total of 16 dongs in Naejangsa.

Daeungjeon Hall, which was on fire, is designated as Jeollabuk-do Monument No. 63.

Naejangsa Temple was built in 636 during the Baekje period, but was destroyed during the Korean War and rebuilt in 1958.

In particular, the Daeungjeon Hall, which was on fire, was completely burned due to an electric short circuit in November 2012 and was restored in 2015.