Customers simply scan a QR code from their smartphone upon entering, then shop and exit straight away. 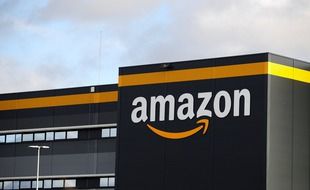 The online sales giant Amazon is launching this Thursday in London, for the first time outside the United States, a supermarket allowing you to do your shopping without going to the checkout, a new step in its fierce competition with traditional shops.

The Amazon Fresh store, in the Ealing Broadway shopping center, "is the first convenience store in the United Kingdom to allow shopping and then directly out", without going through a checkout, said a statement.

Amazon has unveiled its new format convenience grocery store in London today, Amazon Fresh, which marks the online giant's first foray into bricks-and-mortar retail outside of the US.

Customers simply scan a QR code from their smartphone on entering, then do their shopping… and exit directly.

No checkout, but every item that is taken off the shelves by the customer is automatically debited from their account through the app on their phone.

The giant strengthened during the pandemic

The store works with sensors, cameras, and deep learning algorithms [technology designed to allow a machine to learn on its own], Amazon says in a promotional video.

The store will be "similar to 20 Amazon Go stores in the US but will operate under the Fresh brand already used in the UK for online groceries", and a series of other locations are planned in London.

“Consumers in the UK crave a convenient shopping experience and we believe they will appreciate being able to walk in and out with the purchases they need,” said a former Sainsbury's supermarket executive, today at the head of Amazon Fresh Stores in the country.

The giant, which was already on the rise in the UK before the pandemic and was increasingly competing with a distressed retail sector, has seen its position strengthened by the pandemic which has resulted in the closure for months of businesses with storefront.

Discrimination: An African-American employee files a complaint against Amazon

Nearly 50% of French people use their smartphone to make purchases