As it became difficult to borrow books due to Corona 19, the number of people borrowing e-books from the library increased significantly. Recently, the publishing industry has argued that "free e-book rental is a copyright infringement." 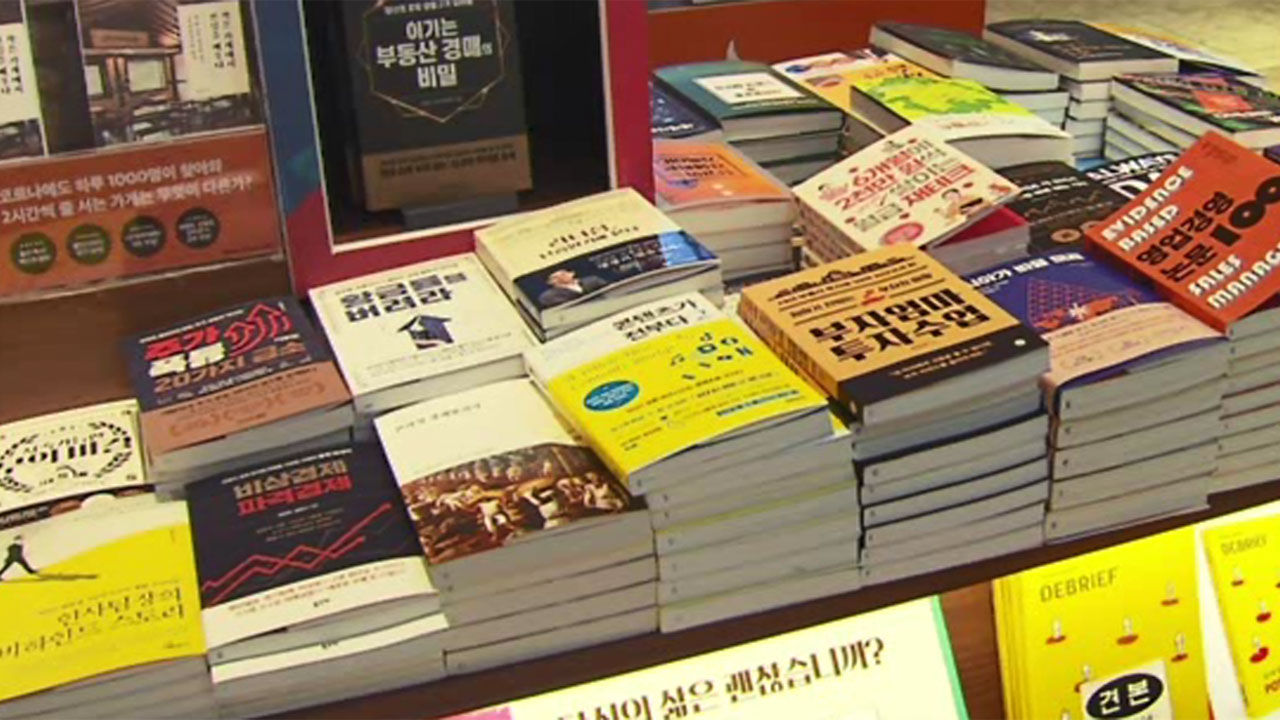 As it became difficult to borrow books due to Corona 19, the number of people borrowing e-books from the library increased significantly.

Recently, the publishing industry has argued that "free e-book rental is a copyright infringement."

Who is right, and if there is no alternative, in fact, the team has pointed out.

This is Park Hyun-seok reporter.

college student, has been using the e-book subscription service since last fall.

As the use of the library was difficult due to Corona 19, we decided to invest about 10,000 won per month.

[Yesul Lee/College Student: After the coronavirus, other people read all the books, so I wasn't sure when it would be open, because there are hygiene issues or (the library) closes the door irregularly.]

In the case of a large online bookstore last year, e-book sales increased nearly 40% year-on-year after the coronavirus.

However, these e-books can also be viewed for free through the library's homepage.

However, since it is a concept of "lease", most of them have a system that allows only one book to be viewed by one person at the same time, rather than many people at the same time.

This service is also popular, and the number of e-book loans has nearly doubled compared to a year ago based on a local government cyber library.

However, the publishing industry complained about this e-book lending service.

“It is different from paper book lending,” and plans to apply for a temporary injunction banning e-book lending service.

The publication association's assertion is based on the provisions of the law that under current law, electronic publications can only be viewed within the library.

[Chairman Yun Cheol-ho/Korea Publishing Culture Association: It is necessary to raise a question about these areas, even if they appeal to the law or take legal action. There are many people who talk about this now.]

there are a lot of people who are talking about

the law at the

The only thing that I have to see inside the library is a clause that targets the digitization of ordinary paper books by the library itself, and these days e-books, which were produced as e-books from the beginning, are not yet regulated.

In particular, it is a position that there is no problem because they signed contracts with large bookstores such as Kyobo Bookstore and Yes24.

[Professor Kyunghee Jung/Hansung University's Department of Libraries and Information Studies (Copyright Commissioner of the Korean Library Association): It is not a matter of the law, I think that solving the copyright law in a threatening method is a very problematic approach.]

How are foreign countries doing?

The United States is already looking into the era of e-books, and public libraries don't buy e-books one by one, they buy the right to use them, or licenses.

Of course, the price is 3 to 5 times more expensive.

The library argues that if you make a problem with a loan in a situation where it is difficult to read books in the library due to Corona 19, it will block the least role of public libraries.

The publishing association appeals to protect the copyright, claiming that they are in the position of Ga, Eul, Byeong, Byeong, who do not know what contracts the large bookstores and libraries have signed.

A world where it is difficult to go to the library.

It seems that the government needs to go for mediation or budget support so that both sides can step back one step at a time for the public good rather than legal disputes.