The 238 most emblematic signature dishes of world gastronomy

Some have arisen by the work and grace of chance; others as revenge for an aggrieved partner; There are those that evoke a childhood memory and those that are born as a tribute or just because. 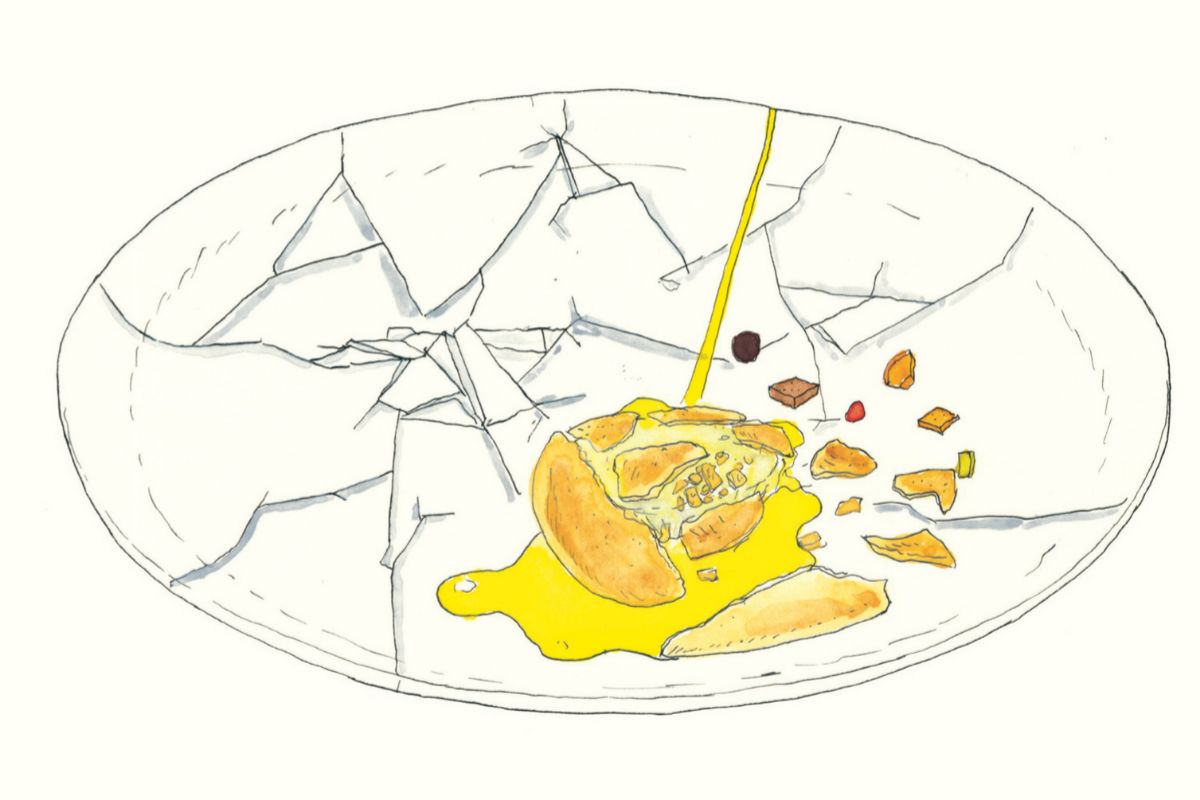 Some have arisen by the work and grace of chance;

for an aggrieved partner;

There are those that evoke a childhood memory and those that are born as a tribute or just because.

But they all have something in common: they are emblematic dishes that have marked

the direction of the kitchen

, from the first dining rooms of the 18th century to the present, and which have now been collected in the book

Diego Salazar and Richard Vines, with texts by Christine Muhlke and illustrations by Adriano Rampazzo- tells the story, in chronological order, of the last 300 years of world cuisine.

that have been drawing the evolution of the kitchen, named dishes, the restaurant and / or the chef who created, improved or made them famous.

I dropped the lemon cake ', by Massimo Bottura.

"There are many reasons why these dishes remain a reference. An establishment may have been

the first to serve something

, like the gelato at Le Procope in 18th-century Paris, or the last, like the soufflé al Grand Marnier from La Grenouille in New York. A chef may have invented

, like Ferran and Albert Adrià's spherical green olives-I at elBulli, or

something very old, like Fergus Henderson's eccles cakes at St. John's ", explains in the foreword to the book Mitchell Davis, specialized journalist.

The recipes and their genesis

These proposals have stood the test of time to become icons.

And since everything has an

, each dish is accompanied by its

: when and why it was born and the role it has played in the kitchen.

in case you dare to make them at home.

But let's go back to the starting point, to the 18th century and to Procopio Cutò and his café, Le Procope, one of the first in Paris and the

of personalities and intellectuals of the time ... Cutò -Sicilian chef who inherited a machine from his grandfather to make sorbets - popularized

, served in an egg-shaped cup, by substituting honey for sugar and adding salt to ice to speed up the freezing process.

The fact that he had the

to exclusively sell the ice cream

contributed to this success

Much later, in 1936, in Nashville (Tennessee, USA), Thornton Prince III turned the

of his girlfriend into the star dish of the local Prince's Hot Chiken Shack:

, a gastronomic icon of that part of the world.

The young woman, angry because one night she had arrived very late, prepared a

, with cayenne and many other spices.

Contrary to expectations, however, Thornton - and later legions of spicy chicken fans - loved it.

while sipping a comforting hot chocolate after a chilly afternoon spent cross-country skiing.

But the creative process was not as fast as it seems, it took two years to perfect this dessert that has been

... and beyond, even by Bras himself, who came to make more than 100 versions.

There are dishes that have helped

For example, the black cod with miso that

signed in 1987, in his homonymous restaurant in the United States, and that today is available in the dozens of dining rooms and hotels that the famous Japanese chef has around the world.

Others are the result of

, like the souffle potatoes that Jean-Louis-Françoise Collinet accidentally invented in 1837, or of a

I dropped the lemon cake

with which the Italian

surprised in 2012, at his Osteria Francescana (Modena, Italy), and which

when one of the cakes fell on the kitchen counter and was broke.

They can also be the result of a memory of adolescence.

That is the origin of the

offers in his Peruvian restaurant (Central), inspired by the

But there are more, many more, iconic recipes.

risotto with saffron and gold

the red mullet with potato flakes, a trompe l'oeil that

the Provencal vegetable dish with black truffle by

that made the orchard the protagonist of haute cuisine in the 80s;

the carrot tartare, with a chopper included at the diner's table, by

at Eleven Madison Park (New York) or the potted radishes by

, the unique starter that the Danish offered at his restaurant Noma, in 2010.

This anthology could not miss the great national

that have revolutionized not only Spanish cuisine, but also

And what have been the cooks and recipes chosen?

Well, let's get to it: Pedro Arregi and

from Bittor Arginzoniz, in Etxebarri;

Joan Roca, the first course with which she says felt really satisfied, and dessert of his brother Jordi,

of Patrick Suskind, bergamot and famous fragrance of the American designer.

How not to include the

the vegetable stew in textures

the foam of smoke, a show of technique, and the

that he created with his brother Albert.

Also present is another revolutionary of Spanish cuisine and two of his creations:

and grilled duck foie gras with hedgehog yolk caviar and a spicy accent, the result of a complex project in which he worked with professors from the University of Granada.

And to close, a mega-famous dish, the

Yes, that hamburger with special sauce that the owner of a McDonald's franchise in Pennsylvania started selling in 1967. The success was such that, in 1980,

that compares the purchasing power of different countries based on the price of this burger.

History of the kitchen ... and the economy.

, edited by Planeta Gastro, is on sale now.

LEGUMES14 places where lentils are addicted

LiteratureThe last months of Joan Margarit: the serene farewell of family and friends

Literature Edna O'Brien: "Once I was obedient and very religious, but inside me the storm raged hidden"