Byun Hee-soo "I wanted to remain in the military"... Left behind discrimination

The condolences from all walks of life continue as former Sergeant Byeon Hee-soo, who was forced to be discharged after sex change surgery, was found dead yesterday. The National Human Rights Commission issued a statement and urged the National Assembly to begin discussions on enacting anti-discrimination laws as soon as possible. 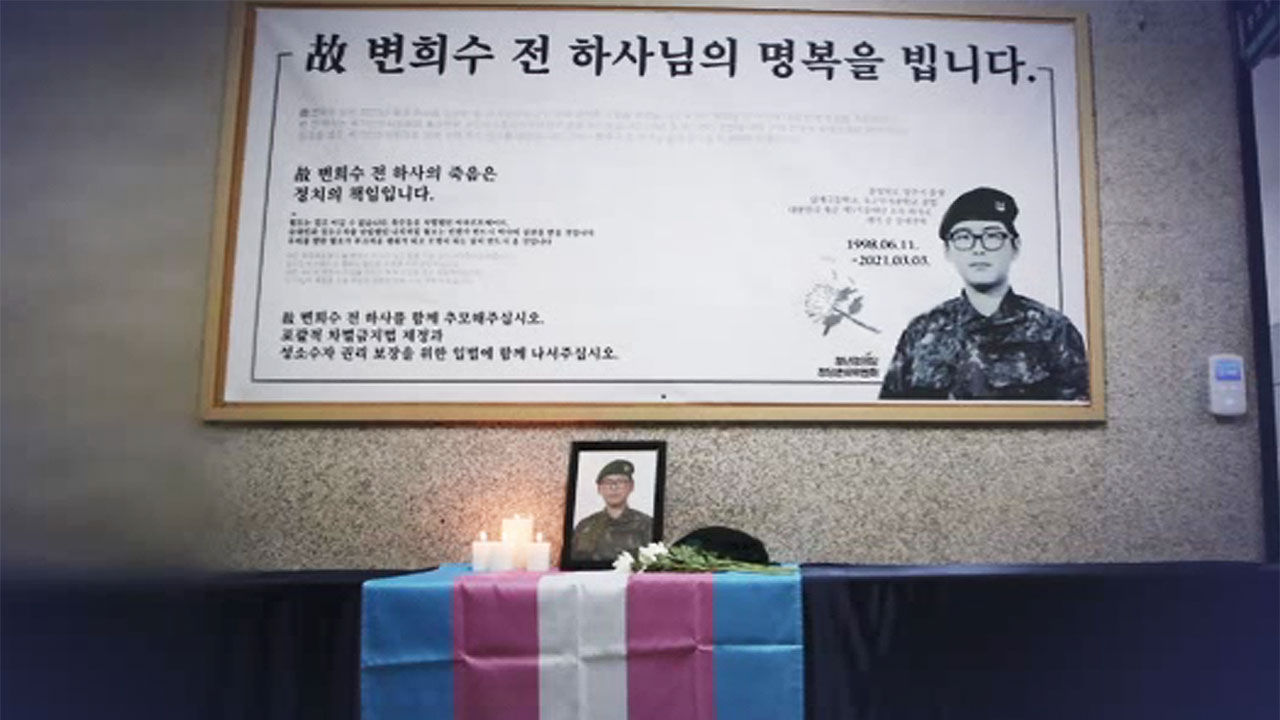 The National Human Rights Commission issued a statement and urged the National Assembly to begin discussions on enacting anti-discrimination laws as soon as possible.

A bottle of soju left behind by someone and an envelope with a memorial message was placed at the door.

There was no will.

Sergeant Byeon has been receiving psychological counseling until recently, but since the end of last month, he has not been contacted.

[Gang Ji-eun/Cheongju-si Sangdang Mental Health Welfare Center Executive Team Leader: (Yesterday) I knocked on the door and did that...

In January of last year, Sergeant Byeon disclosed the fact of a sex change operation while serving in the military.

[Hee-Soo Byun/Former Sergeant of the Army (Last January): I hope that all LGBT soldiers will be able to carry out their duties and missions in an environment that is not discriminated against.

I am a Korean soldier.

However, the army judged'psychiatric disability' and forced them to be discharged.

When even the request for re-examination was rejected, Sergeant Byeon filed a lawsuit against the military to cancel the discharge, and a month before the first pleadings, unfortunate news came.

[Byeon Hee-soo / Former Army Sergeant (Last August): I look forward to the Republic of Korea that can overcome the righteous judgment and hatred of the judiciary.]

Condolences from all walks of life continued.

The National Human Rights Commission of Korea urged the National Assembly to enact an anti-discrimination law, saying that the efforts of the deceased will be forever remembered.

Human rights organizations also commemorated their efforts to make a world free of discrimination and hate.

While expressing condolences, the Ministry of Defense said it had not discussed improving the military service system for transgender people.