"A lovely, funny and silly comedy" and "A silly sitcom that will make you die laughing." This is how English media such as The Independent or The Guardian have described 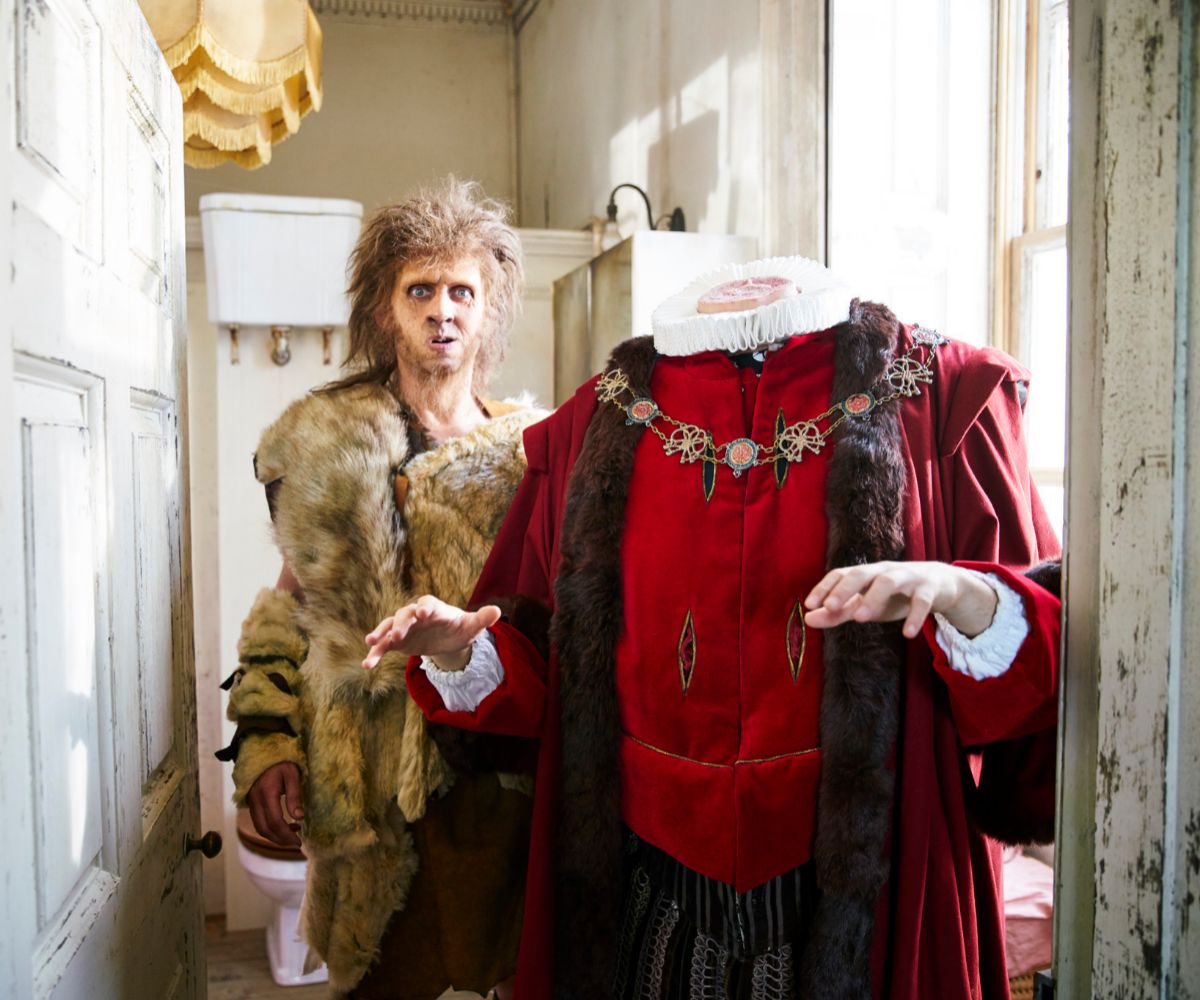 comedy" and "A silly sitcom that will make you die laughing."

And British media have described as

, the series is now available on Movistar + after having

became the most successful comedy in 2019 and swept through audiences between the ages of 16 and 34.

A COUPLE IN TROUBLE IN GHOSTS

In its first season, which includes

, we discover a mansion full of people who have passed away long ago and who make life miserable for a couple.

Among the strange inhabitants, a caveman and a decapitated one stand out.

lot of humor (suitable for all audiences

, including children), this production that could be seen on the BBC portrays that

difficult coexistence between the living and the dead

Especially when the latter are so peculiar and different from each other as to make us laugh with their strange behaviors.

who have just inherited the

Due to their economic problems, they plan to carry out works and enable it as a rural hotel in order to earn a lot of money.

, a group of ghosts hides

that will not let the couple carry out their plan.

As if it were a museum of horrors, in Button House entities have been added as the years passed.

And now, when Alison and Mike get there, those who control the house are a

who starred in a sex scandal, a

head of a scout group

woman who was accused of witchcraft

in Tudor times and a

who participated in World War II.

The ghosts that live in the mansion where Mike and Alison arrive.

All were taking their place when their lives were extinguished.

And they all walk through corridors, play, laugh and occupy rooms without anyone seeing them.

Although, in a surprising twist, a blow received by Alison will make

it possible for her to see them

With this, the comedy adopts a much more bizarre tone, conflicts appear, the past of the ghosts is discovered and all this gives rise to

For the most part, absurd but not exempt from a fine irony to criticize stereotypes of our society.

short duration of the chapters

(barely 30 minutes), the rhythm helps this series to

This series stands out for distributing the leading role in its chapters.

, those responsible for the series (creators of

has been so successful that the second season

already been released and

has been renewed for a third

And it could have a US version.