Disaster or life, Jean-Pierre Dupuy thinks of the pandemic

Forecasts, anticipations, measures and warnings, the pandemic (disaster announced) has caused a lot of talk. Sometimes wrongly and through. Jean-Pierre Dupuy, philosopher and thinker of the catastroph ... 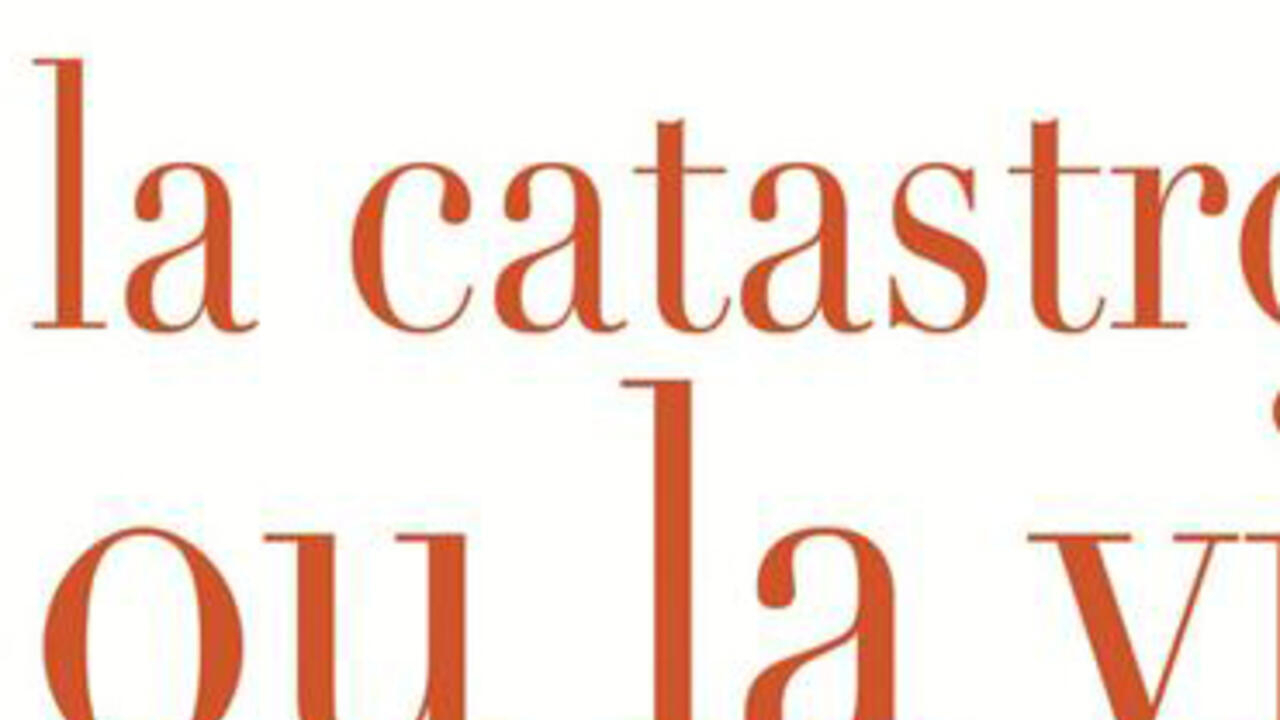 Disaster or life, Jean-Pierre Dupuy thinks of the pandemic

Disaster or life, thoughts in times of pandemic © Seuil

Forecasts, anticipations, measures and warnings, the pandemic (disaster announced) has caused a lot of talk.

Sometimes wrongly and through.

Jean-Pierre Dupuy, philosopher and thinker of the catastrophe for several decades, admits a certain dismay at the untruths and nonsense of certain philosophers.

To counter them, he proposes a Journal of thought (editions du Seuil) lucid and enthusiastic which goes much further than the simple development.

Dealing with the pandemic has been and remains an upheaval for everyone's way of life.

Visualize the count of deaths on an international scale, think about the possible death of loved ones around you, as well as your own, represent psychological and philosophical exercises never before seen in the history of a life, of a nation, of a planet. .

Everyone is found to be equipped in their own way to deal with it.

Help from thinkers at such times becomes vital.

Jean-Pierre Dupuy, philosopher and mathematician, is one of those we can count on and must listen to.

He remains the first to have thought, theorized and simulated disasters to better avoid them.

The Coronavirus pandemic, a global health disaster, has turned his personal life upside down as well as his outlook on certain analyzes riddled with untruths from fellow philosophers.

He noted them in a luminous book entitled:

The catastrophe or the life, thoughts by time of pandemic

This work, built like a personal diary during the first months of the pandemic, takes stock of the intellectual errors that it noted in the debates in France and around the world.

He explains for RFI: “

A fallacy is false reasoning.

To say that the Covid

19 is a flu: this is completely wrong.

To claim that preventive measures in the face of the pandemic are a huge sacrifice, that we are doing too much, is an unimaginable logical error

In this book, each author is put in his place by Jean-Pierre Dupuy, who is not one of those whom anger prevents from thinking correctly.

Giorgio Agamben (Italian philosopher) says that confinement is the height of barbarism, no but all the same!

It almost leaves me speechless, this.

(The philosopher Jean-Luc Nancy shares his disagreement with Agamben's theories).

JeancPierre Dupuy makes a point with André Comte-Sponville as well, just like others.

I'm not smarter than them, but I wonder why can smart people think like that?

When you are a leftist intellectual and have exactly the same arguments as an American supremacist, you should ask yourself a little ...?

"His thought wavers in the face of errors:"

A false reasoning in spite of oneself is called a paralogism, I could have said that in my book, but I would have lost readers ...

people have something right in front of their eyes but maintain that it does not exist?

"He shares this amazement:"

I don't care if they do it on purpose, it's not my problem, it's the influence of these arguments that matters to me.

He describes his anger: "

to see intellectuals that I esteem, and that for some I admire, behave in a politically irresponsible manner.

»Jean-Pierre Dupuy is calm when he speaks and sincere, faithful to the science and philosophy that have built him for decades.

The settling of scores between intellectuals is not necessarily what motivates me, all this is the surface of things.

Questions around death fascinate me and if these people are unreasonable it is undoubtedly because they are particularly afraid of death.

"I know I must die but I don't believe it"

Because the primary subject of Jean-Pierre Dupuy's book is death.

The pandemic has confronted us with our responsibilities (to ourselves and to others) and to our vulnerabilities, even our fears.

Death, becoming a topic of everyday conversation, sowed psychological turmoil in everyone, but each time it is mentioned without really believing it.

As if she were being kept at a distance, somewhere else ... Why?

Jean-Pierre Dupuy explains it by citing a reasoning of Jacques Madaule: "

Thus, paradoxically in the case of death, "

belief resists knowledge, instead of being its passive consequence

He even speaks of a "

The latter generally held knowledge to be logically superior to belief.

I call 'metaphysical' any question that science is powerless to elucidate but to which we cannot fail to provide an answer if we do not want to live like animals.

Jean-Pierre Dupuy as a philosopher, mathematician and also a man of his time therefore sets himself a major challenge: to think about the threat of this pandemic to avoid living like animals.

If the Covid-19 knows variants, Jean-Pierre Dupuy represents a vaccine against this human invariant that is stupidity.

Thoughts in times of pandemic © Seuil

"Dizzying questions that we usually prefer to put aside"

To this end, he immersed himself in a fundamental reading: "

cured me definitively of this form of philosophy which, by way of rigorous and ruthless analysis, has only to offer consolations and lessons of wisdom.

I conceive of philosophy, as well as religion, to be precisely the opposite.

They force us to ask ourselves dizzying questions that we usually prefer to put aside by promising ourselves, at the best of times, to come back to them - because, these questions, they were with us when we were children - when the time is right.

"A confident dive into hope, which can turn out to be a dive into the abyss"

The bottom of his thought brings a serious volume of oxygen proving that its author is well anchored in his scientific time.

Thus, by looking death "in the face", he sheds light, with a pirouette of which he has the secret, what constitutes the life and the functioning of scientific discoveries in general: "

An influential visionary, Kevin Kelly, had this word, which sums it up admirably: “It took us a long time to understand that the power of a technique was proportional to its intrinsic out-of-controlness, to its capacity to surprise us by generating radically new.

The truth is, if we don't worry about a technique, it's because it's not revolutionary enough.

”” It is the challenge and the prowess of his book which shows that: if we do not understand that life is bathed in complexity, we cannot think of death.

It seems that there can only be a system wrapped around a singularity that escapes it, like a cyclone around its eye (...) that can only be reached by a quantum leap, a confident plunge into hope, which can turn out to be plunging into the abyss.

This intellectual slap sent to the unreasoning arrogance of the thinkers who annoy him also functions as a precious advice on life.

"I thought of it as a possible disaster, now I was in the middle of a disaster"

The monologue in love with Paul, played by Michel Piccoli in

by Jean-Luc Godard, fits like a glove to this eternal prophet of catastrophe that is Jean-Pierre Dupuy: “

I had often thought for some time that Camille could leaving, I thought of it as a possible disaster, now I was in the midst of a disaster.

"The lucid and calm philosopher, could not have said better than Camille, Brigitte Bardot,:"

I noticed that the more one is invaded by doubt, the more one becomes attached to a false lucidity of mind, with the the hope of clearing up by reasoning what sentiment has made cloudy and obscure.

polytechnician and mining engineer, impregnated by the work of Ivan Illich, René Girard, John Rawls, Günther Anders… is a professor at Stanford and the author of a work to discover:

The Sacrifice and Envy.

For an enlightened catastrophism: When the impossible is certain

Have we forgotten the evil?

Diary of an Angry Man

In the eye of the cyclone

The Mark of the Sacred: an essay on a denial

The Future of the Economy: Getting Out of Ecomystification

Jealousy: A Geometry of Desire