"The Unleashed Energy of the Peasantry": How the Abolition of Serfdom Changed the Russian Empire

160 years ago, Emperor Alexander II signed a manifesto "On the all-merciful granting to serfs of the rights of the state of free rural inhabitants", also known as the manifesto on the abolition of serfdom. With this document, the tsar granted personal freedom to approximately 23 million landlord peasants. Historians assess the peasant reform initiated by Alexander II ambiguously. Some note that the peasants did not become fully free, retaining their economic dependence on the landlords, others emphasize the progressive nature of the reform in general and argue that the state did not have enough funds for larger-scale transformations at that time. 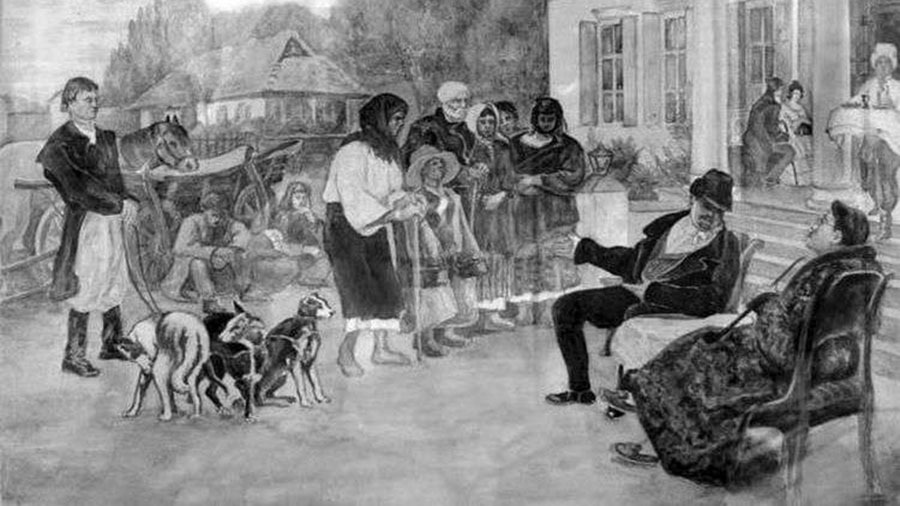 On March 3, 1861, Alexander II signed the manifesto "On the all-merciful granting to serfs of the rights of the state of free rural inhabitants" and a number of other documents that launched a large-scale peasant reform in the Russian Empire.

Historians associate the formation of serfdom in Russia with the events of the 15th-16th centuries, when the right to transfer of peasants from one estate to another began to be limited.

“The state at that time did not have sufficient funds to maintain a large squad and an administrative apparatus.

Therefore, the maintenance of the nobles and landowners who carried out military and civil service was assigned to the peasants.

At the same time, certain requirements were imposed on the landowners - they had to protect the peasants, help them in years of famine, and perform judicial functions.

Under the conditions of the 15th century, such a social contract could, to a certain extent, suit the state, and landowners, and even peasants, but over time, of course, it began to lose its relevance, "historian and writer Alexander Shirokorad said in an interview with RT.

According to him, serfdom lost its logic in the era of Catherine II, who embodied the manifesto signed by her husband on the freedom of the nobility.

But the issue was not resolved with the peasants.

Serfdom has become a brake on the development of Russia, ”the expert said.

As Leonid Lyashenko, professor of the Department of Russian History at Moscow State Pedagogical University, noted in an interview with RT, serfdom was originally the foundation on which the Russian Empire was built, and there would not have been a period of noble culture without it.

But at the end of the 18th century, it turned into an obsolete tradition, splitting society and holding back the development of the country.

According to historians, the peasants were practically in the unlimited power of the landowners, who bought and sold them, were exiled to Siberia, subjected to corporal punishment, and took away any personal property from them.

For a long time the serfs were deprived even of the right to complain to the authorities about the master's cruelty.

Experts call the decree of Emperor Paul I the first attempt to limit the willfulness of landowners, who in 1797 forbade forcing serfs to work for a master on Sundays and recommended limiting the rate of exploitation of peasants by nobles to half of the remaining working time, that is, three days.

The decree on free farmers in 1803 provided for the release of serfs by mutual agreement with the landowner for a ransom.

Later, Alexander I freed the peasants in the Baltic States, forbade advertisements for the sale of serfs without land and sell peasants at fairs, deprived landowners of the right to send people to Siberia or to hard labor.

Nicholas I called serfdom "evil", created secret committees and issued decrees to restrict serfdom, but did not touch on its foundations, considering the complete emancipation of the peasants premature.

“In the second half of the 19th century, there were three main reasons for the abolition of serfdom.

Firstly, this is Russia's defeat in the Crimean War, which demonstrated its economic and military-technical lag behind the leading European countries.

Secondly, the growth of social discontent, an increase in the number of riots.

Thirdly, the liberal attitude of Alexander II and the general awareness of the authorities of the need for serious reforms, "Vitaly Zakharov, professor of the Moscow State Pedagogical University, Doctor of Historical Sciences, said in an interview with RT.

According to him, earlier resistance of the nobility was the main factor holding back the abolition of serfdom.

However, in a situation where the unproductive labor of serfs held back the country's economic development and jeopardized the very status of a great power, the opinion of opponents of the reforms ceased to be decisive.

In 1856, Alexander II, at a meeting with representatives of the nobility of the Moscow province, said that it was better to liquidate serfdom from above than to wait until it begins to happen from below.

The tsar began to create committees for the peasant affairs, which officially took up the development of the reform project.

In 1858, the total number of serfs in Russia was estimated at about 23 million.

Of the 65 Russian provinces and regions, nine did not have serfs at all (in the Baltics, in the Far East, in the Cossack lands and in parts of the Transcaucasus), and in four more there were only a few personally dependent peasants.

In 1859, to consider the projects prepared by the provincial committees, special editorial commissions were created, which included advocates of reforms.

The draft reform, which passed through the Editorial Commissions and was adopted by the Main Committee for Peasant Affairs, was, under the influence of Alexander II, supported by the State Council.

On March 3, 1861, Alexander II signed a manifesto "On the all-merciful granting to serfs of the rights of the state of free rural inhabitants" and a number of documents aimed at its practical implementation.

The manifesto granted personal freedom to all landlord peasants.

From that moment on, they could independently acquire property, marry, and conclude contracts.

But the landowners retained the right of ownership of the land, providing former serfs with personal estates for ransom and field allotments for permanent use.

For this, the peasants for some time after the reform had to serve corvee or pay a quitrent.

The next stage in the liberation of the peasants was the purchase of land plots by them.

Most of the funds for the allotments were paid by the government, which provided former serfs with loans at about 6% per annum for 49 years.

In the future, this led to the emergence of huge debts for many peasants.

The size of the allotments varied depending on the region.

At the same time, if the allotment previously used by the serfs was more than the norm adopted in a particular region, a part was cut off from it in favor of the landowner.

The cutting of land was most often done in such a way as to make their cultivation as inconvenient for the peasants as possible, to force them to lease additional land from the landlord, to ask his permission for access to various objects of agricultural infrastructure.

“Both the landowners, who lost the free labor of serfs, and the peasants themselves remained dissatisfied with the reform.

It is easy to calculate that, taking into account the period of payments, the peasant had to return to the state about three times more than the landlord was paid for his land.

Due to the reservations made during the reform, about 1200 peasant riots occurred in 1861.

This record was broken only during the 1905 revolution, ”Zakharov said.

According to Leonid Lyashenko, due to the fact that the interests of the peasants were not fully taken into account, the reform of 1861 in historiography is often called half-hearted, but it cannot be evaluated without taking into account the conditions in which it was carried out.

“Today, retrospectively, Alexander II is taken as an example of Prussia, where the peasants were canceled the payment of taxes for ten years.

But in Prussia there were no more than 20 million former serfs, as in Russia.

I cannot imagine what state budget would withstand the cancellation of tax payments for ten years for so many people.

The government of Alexander II did everything it could.

There was no money in the budget to satisfy everyone completely, ”Lyashenko stressed.

As Vitaly Zakharov stated, on the whole, the reform of 1861 was of a progressive nature, since it put an end to feudal remnants and contributed to the development of capitalist relations in Russia.

But she could not completely remove the social contradictions associated with the low standard of living of the peasants.

In the future, this led to large-scale social upheavals.

“The abolition of serfdom has played a huge role in the history of Russia.

The reformers believed that the liberated energy of the peasantry would enable the country to grow stronger socially and economically in completely new conditions.

However, the results of the reform did not begin to affect immediately, but after a generation.

It was the effect of the reforms of Alexander II that allowed Russia to make an economic breakthrough under his son, Alexander III, and enter the five most developed countries in the world, ”summed up Leonid Lyashenko.