"No side effects": director of the center. Chumakov on the features of the new Russian vaccine against COVID-19

The new Russian vaccine "KoviVac" has no contraindications and other side effects. The director of the Federal Research Center for Research and Development of Immunobiological Drugs named after V.I. MP Chumakova of the Russian Academy of Sciences, Corresponding Member of the Russian Academy of Sciences Aidar Ishmukhametov. According to the specialist, the immunobiological preparation developed in this institution belongs to the classic whole-virion inactivated vaccines. KoviVac successfully passed accelerated registration and two stages of clinical trials, and for its rapid introduction into civilian circulation, a separate production line was created, which is capable of producing about 500 thousand vaccines per month. 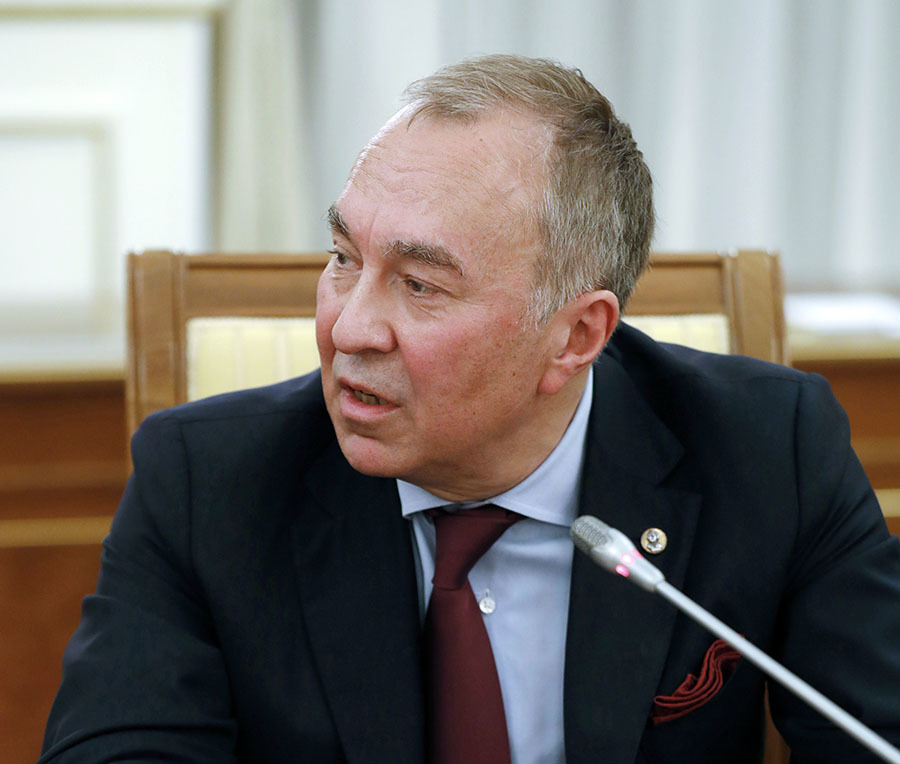 - Aydar Aratovich, tell us, please, what is the fundamental difference between your vaccine?

- Probably, it is more correct to say how other vaccines differ from ours.

The Chumakov Center vaccine is the most classic vaccine used all over the world.

Not this vaccine, but the platform that is associated with it.

Almost 100% of vaccines use the inactivated or live vaccine method, when the whole virus is included.

In our case, we used inactivation, killing the virus.

So we are dealing with an inactivated whole virion vaccine.

- Could you tell us more about how the vaccine works?

- In fact, an inactivated whole-virion vaccine is an artificial simulation of the process that occurs during infection.

A virus is introduced, the body responds to this with its control systems, begins to fight it.

By the same principle, a relatively tamed, either killed or weakened virus and is used in this system is included in the vaccine.

The body first receives a signal that it may collide with such an object in the future.

Then, two weeks later, he receives an additional signal, which allows him to mobilize more defenses.

And he will be ready for a possible encounter with an infection.

- How long did it take to develop a vaccine?

Tell us about her trials.

- Almost a year, and this is a very short period.

With this, our employees worked in various medical institutions, where they took blood from patients and tested for the presence of the virus.

One of the viruses, one of the strains of one of the patients, turned out to be more tame and began to live on our Vero cells, which are one of the constituent parts of our platform.

An opportunity has been created to cultivate it.

As a result, a virus is generated, then its killing - inactivation.

We receive a line, an industrial strain of the virus, it is deposited with us in the international system.

And now we can take a certain amount of this strain from time to time and put in new batches of our vaccine.

After all these stages, there are two large stages.

This is the preclinical stage and the clinical trial stage.

The preclinical stage is animal experiments.

We have passed these two stages, received a registration certificate during the second phase of clinical trials.

We are still facing the third stage, the third phase of clinical trials, when a significant amount of material is being accumulated.

In the first phases, we had to prove the most important thing - that (the drug -

) is harmless, and second - that there are certain immunological reactions, that is, we can document the presence of immunological efficacy, the production of antibodies.

Now the third stage is ahead, for which we are preparing documents, and we hope for a positive decision.

After that, several thousand people will go, and we will already be able to talk about efficiency, about protection: how many people will get sick in the group of vaccinated and unvaccinated.

Most importantly, today we have a drug that has no side effects.

All of our volunteers have no adverse reactions.

There may be unwanted soreness at the injection site that people generally cope with.

- Have you tested how your vaccine will behave when faced with different strains of coronavirus?

- Since we are talking about the whole virion vaccine, the change in the gene composition, or what you call individual strains, it is insignificant, it is a fraction of a percent.

Therefore, it is difficult to expect any inability of the whole virion vaccine to cope with new strains with such small exceptions.

- After the completion of the third phase of trials, do you plan to publish in Western journals so that the Western audience will believe that your vaccine is the most effective

- We do not need to prove the prestige of the institute and the products it makes.

The Institute is already 60 years old.

These are victories over polio and yellow fever.

The name does not need any promotion, so our scientific publications are going smoothly, in parallel with our work.

Yes, we are preparing articles now, and for this it is not necessary to wait for the third phase.

It was necessary to do (the vaccine. -

) very quickly, after all, an epidemic, a state of war.

Therefore, our entire resource was thrown not to launch the vaccine into civilian circulation.

I think that in the next two or three months, works will be published both in Russian magazines and in foreign ones.

- When to wait for the vaccine of the Chumakov Center in civilian circulation?

- The registration point was carried out by us simultaneously with the readiness of the site for production.

On the 20th, we registered, and quality control takes 28 days.

Accordingly, approximately on March 20, the first batch will go into civil circulation.

- How many injections will be needed?

- There will be two injections.

And this is not connected with the vaccine, but with the characteristics of the organism, to which it is necessary to present some object, and then strengthen the effect by re-acquaintance.

- What are the contraindications?

Who can get the vaccine, and who is undesirable?

- We have no contraindications.

And our experience with this platform suggests that there are no contraindications.

She is very gentle.

About 300 people have already passed with us, and we have no side effects, except for local pain.

Another question: there are certain concomitant diseases that, in principle, do not contribute to a good immunological response.

These are the elderly, people with diabetes.

It is quite possible that in the third phase, when we will specifically single out groups with concomitant diseases, we will have a situation in which we will understand how certain groups react.

And I think that rather than talking about contraindications, but about the need for additional injections.

- Your center has launched a separate line that will exclusively produce the COVID-19 vaccine.

How many vaccines can you produce per day, per month, per week?

- We expect to produce about 10 million vaccines by the end of the year.

About half a million a month.

And we plan to increase the output.

See RTD for the full interview.