Russian scientists have developed a prototype of an electronic device for controlling artificial organs using human nerve impulses. It consists of small resistors and capacitors based on liquid metal and hydrogel. Nobel laureate Konstantin Novosyolov acted as a development consultant. According to scientists, the created technology can be used not only in biomedicine, but also in alternative energy, including solar panels, as well as in gadgets. 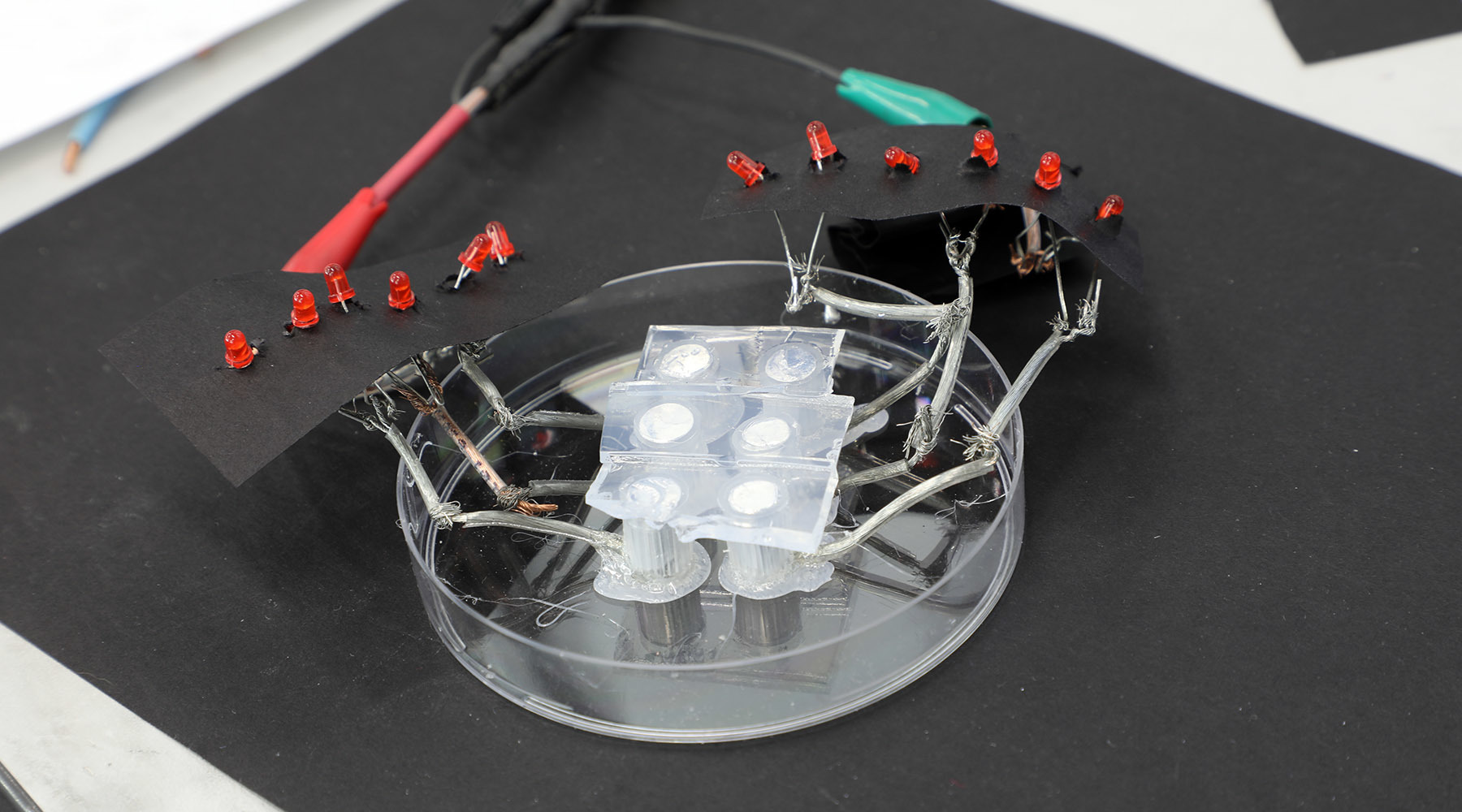 A team of Russian scientists from ITMO University, with the consulting support of Nobel Prize laureate in physics Konstantin Novoselov, has developed an electronic scheme for controlling implants using human nerve impulses.

This was reported in The Journal of Physical Chemistry Letters.

According to the authors of the development, their technology will simplify the creation of artificial organs controlled by the nervous system.

The first prototype of an electronic device was made on the basis of this technology.

It consists of small resistors, capacitors and memristors based on liquid metal and hydrogel.

Memristor is a resistor with a memory effect, which can also be used as a synaptic contact to transmit a nerve impulse from a person to a prosthesis.

“Our internal organs are controlled by electrical impulses.

To create their substitutes, electronic devices are needed that would read these pulses.

Modern electronics are mostly silicon - they are hard and fragile and cannot be placed inside the body.

That is, they would be soft and flexible, and would also work in aqueous solutions, ”said Artemy Ivanov, the main author of the work, an employee of the Information Chemistry Research Center of ITMO University.

Instead of silicon, the researchers used a biocompatible analog - a liquid alloy of gallium and indium.

According to scientists, it does not cause irritation in the human body, does not accumulate in the kidneys and liver.

The system is based on two drops of an alloy and a hydrogel containing polyelectrolytes (polymers that are charged as a result of decomposition in aqueous solutions).

“We have two drops of liquid metal and between them a viscous substance, a hydrogel.

When a current flows, a layer of insoluble gallium compounds forms at the interfaces between the metal and the gel.

Depending on the thickness of this layer, we can obtain various electrical components, ”adds Ivanov.

At present, the circuit has been tested in laboratory conditions.

Artemy Ivanov and colleagues are planning to design the development in the nearest future.

According to the scientists in an interview with RT, with the addition of flexible electrical components and neuromorphic systems (neuroprocessors), the device will become a self-regulating component suitable for use with implants.

Prosthetics is not the only area of ​​application for the new technology.

Scientists are confident that similar circuits can be used not only in biomedicine, but also in various electronic devices with low amperage.

For example, in solar panels and various flexible gadgets.