Pelé is 80 years old. And he travels in a wheelchair or with a walker. But he still retains the same mischievous smile he always had and his eyes shine when he remembers his big 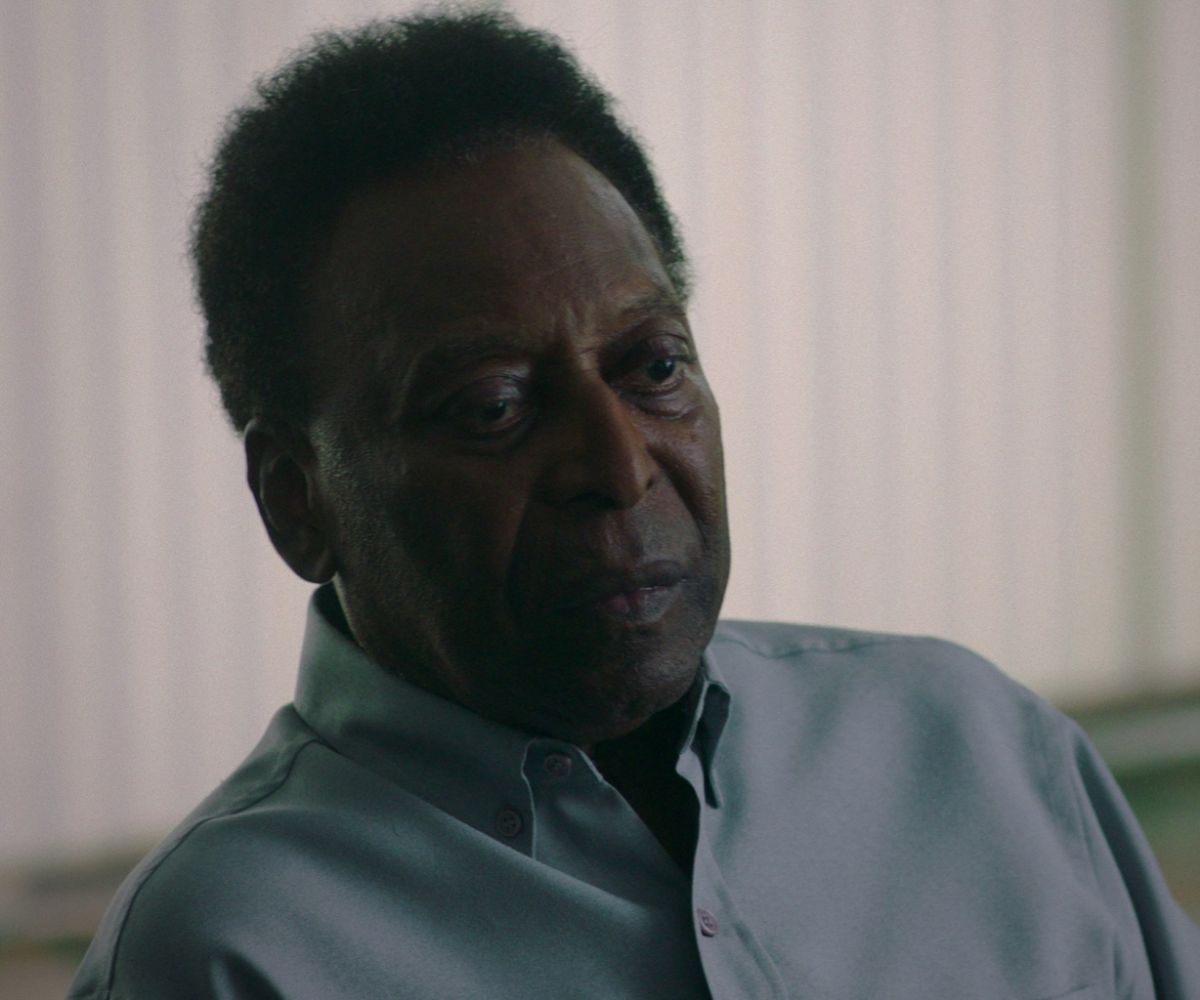 or with a walker.

But he still retains the same mischievous smile that he always had and his eyes shine when he remembers his great successes on a soccer field.

, the footballer who won

and who made football more than just a sport, laughs and cries in front of the camera.

Above all, when he remembers the grand final of Mexico'70.

The documentary has the participation of Pelé.

In this production of just over an hour and a half

, the great moments of his career are reviewed

: his beginnings in Santos, the four World Cups in which he participated and other trophies (such as the

Intercontinental Cup or the Libertadores

) won based on effort and of incredible dribbles.

is a documentary for very football fans.

It includes some of his best plays and recalls

that have gone down in history due to the daring shown by the footballer born in Três Corações (Minas Gerais) in 1940.

Pelé is proud after winning the Paulista Championship.

Black and white and color images support each of the

interventions in which Pelé confesses to the camera

how he felt at each moment of his professional career.

Some scenes that are surprising and that will make the most mature yearn for long ago.

Among the most shocking confessions of Pelé we must highlight the

of the protagonist, which caused his children to appear years later ("my wife knew my troubles, I did not lie to anyone," he says without blushing), but also his

strange relationship with the leaders of the

prayers before the final of the World Cup

This production includes some of Pelé's best plays at the World Cups.

ends with Pelé's last match in a World Cup.

In this way, in addition to not including the end of his career in the New York Cosmos, he

that he starred in many years later.

Some related to their children and others to their businesses.

A few moments that could have prevented Pelé from appearing in the documenta.

The Last King of Scotland

Image from the filming of 'Pelé'.

A BIG OF FOOTBALL

or the former president of Brazil

parade in a production that, without being brilliant, is a perfect document for the new generations to meet one of the great footballers in history.

whom the Brazilian people fondly remember.

Lowry and son, the girl with the bracelet and all the movie premieres of the week

JANUARY 29 The cinema does not stop: the western of Tom Hanks and all the premieres of the week

CineJavier Gutiérrez: "Our leaders have subtracted more than added in a moment of so much anxiety"