10 curiosities of Madrid told by the city guides

"The good thing is to arrive with the beret and the cardboard suitcase, and in five minutes to be from Madrid", sings Joaquín Sabina. In every crisis there is an opportunity and the pandemic has become 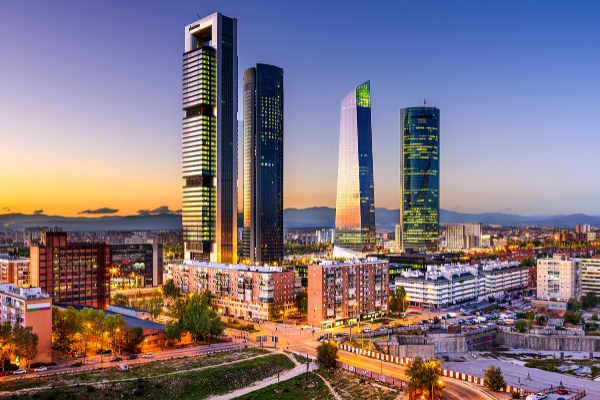 "The good thing is to arrive with the beret and the cardboard suitcase, and

in five minutes to be from Madrid

to rediscover the capital

The number of tourists who arrived in Madrid until December 2020 was around 1.71 million, compared to the 10.4 million visitors the previous year, according to the National Institute of Statistics.

This drop due to travel restrictions, however, has served to

awaken the ingenuity of hoteliers

, eager to attract locals to their businesses.

In this way, many Madrilenians have approached hotels that they had never set foot before or, in the absence of plans for bridges, they have signed up for a

thinking that it was time to get to know their own city well.

never discover what we have more at hand

So that it stops being a pending subject, and on the occasion of

the International Day of the Tourist Guide

, we know a little more about the History of Madrid to learn from it.

Here is a decalogue to get closer to Madrid from the hand of the guides Alberto Gutiérrez Pascual, CEO of Civitatis, inveterate traveler and an adopted Madrid native in love with the city (although proudly from Valladolid), and Adrián Pinar García, from Madrid with a degree in History, founder and coordinator of Microplán Madrid.

These curiosities serve to give thanks for the joint work of the best guides that dignify the profession and promote the promotion of wonderful places.

Decalogue with the secrets of Madrid

1. "Madrid had a Freemason mayor,

, as revealed in our

the oldest restaurant in the world

certified by the Guinness Book of Records, and legend has it that Francisco de Goya worked in its kitchens as a young man. It was opened in 1725 and is called Restaurante Sobrino de Botín".

was bought in the Plaza Mayor in Madrid. It is that of his most iconic portrait and the store was La Favorita, the oldest hat shop in Madrid, founded in 1894."

, doubling the size of the famous Buckingham, for example."

in the city is the Temple of Debod

, brought from Egypt at the end of the 60s. The oldest indigenous building is, however, far from the tourist center: in the heart of the Carabanchel neighborhood stands the hermitage de Santa María La Antigua, built in the 13th century ".

6. "In the Berlin Park in Madrid you can admire

remains of the famous wall that divided the German capital

is perpendicular to the most famous one: its name is Rompelanzas, it is barely twenty meters long and it is located halfway along Calle Preciados between Callao and Sol".

8. "In Madrid there are the most curious and relevant inscriptions. In the Puerta de la Torre de los Lujanes (15th century), the oldest civil building in Madrid,

there are stonemason marks, symbols that identified the artisans

or the workshops that carved the ashlars that were placed in houses or churches and that facilitated the collection of the work carried out, as well as to publicize them. Other inscriptions present in the city tell us about the custom of reusing elements of funerary monuments as construction material, presence of certain political or religious organizations in different areas of the city or of historical dynasties ".

9. "Outside the center of Madrid there is much to see. There are little seen views, such as those enjoyed from

, similar to those enjoyed from the more well-known Cerro del Tío Pío park or

Parque de las Siete Tetas, but with a different perspective

. You can also visit housing colonies from the end of the 19th century and from the 20s and 30s of the 20th century outside the center that have been embedded in subsequent urban developments and that contribute much to the city on a conceptual and aesthetic level. For example, what remains of the Madrid Moderno neighborhood, located in La Guindalera, is an authentic and surprising marvel of neo-Mudejar and modernist style ".

10. "The subsoil of Madrid is interesting. We can see in it vestiges of the

, such as the foundations of a watchtower present in a parking lot or a domestic silo that appeared under the ruins of a church; canvases of the first Christian wall have been musealized in old inns and modern hamburgers, the old water pipes of Madrid, known as water trips ... Knowing where to look or what door to call, the subterranean dazzles follow one another ".

The Almudena Cathedral, in a panoramic view.

, there are hundreds on his guided tours of the city, which comply with security measures to avoid crowds of people, in addition to succeeding the fresh air.

we can make visits for a maximum of nine people

," explains Pinar García, from Microplán Madrid, who makes some as original as Madrid Secreto a Secreto or, recently, his anti-Valentine's route. "All that and more is what this matter consists of. "

Rural tourism From Cazorla to Jaca, these were the most visited towns in Spain in 2020

Free visitsThe Madrid of pelotaris and secret bunkers: the capital shows its most unusual corners

Literary bars in Madrid: partying with Camilleri, Hemingway or Valle-Inclán