With the first vaccination of COVID-19 now approaching three days in the future, vaccine shipments will begin tomorrow. AstraZeneca vaccine, commissioned in Korea, will be transferred to the distribution center after leaving the factory for the first time tomorrow. 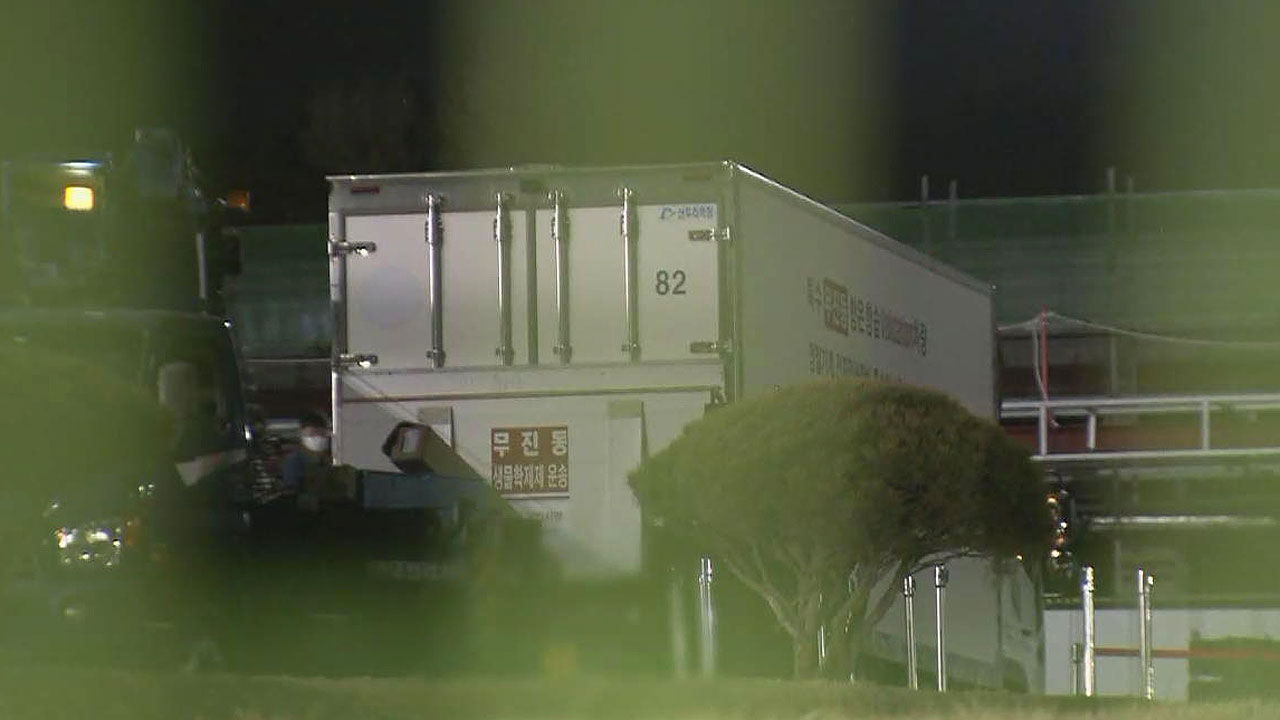 first vaccine vaccination for Corona 19 is now approaching three days, and shipment of the vaccine will begin tomorrow (24th).

AstraZeneca vaccine, commissioned in Korea, will be transferred to the distribution center after leaving the factory for the first time tomorrow.

Our reporter is out at the factory that is about to be shipped for the first time.

Reporter Kim Deok-hyun said that the factory must have been very busy today, but the surrounding security is quite strict.

Yes, I am in front of the SK Bioscience plant in Andong, Gyeongbuk.

This is a place that has been consigned to producing AstraZeneca vaccines since last year, and there is a strict atmosphere with military and police personnel patrolling around the factory 24 hours ahead of the shipment of the first vaccine tomorrow.

From the afternoon we arrived, factory officials were busy preparing for vaccine shipments.

The amount of vaccine shipped from tomorrow is 750,000 people, 1.5 million batches, but now all production is completed and stored in a refrigerator between 2 and 8 degrees Celsius.

Then, please explain where and how the factory-produced vaccine will move tomorrow.

Tomorrow, the vaccine will first be transferred to a distribution center in Icheon, Gyeonggi-do.

Vaccine transport is overseen by the military, and it is transported after being loaded onto a 5-ton vibration-free truck as the container in which the vaccine is stored.

In this way, 150,000 people are transferred every day for five days.

During the transfer process, you will receive a joint convoy between the military and the police, and once you arrive at the distribution center, you will check once more to see if the reference temperature is maintained.

And the day after tomorrow, it is divided into smaller portions at public health centers and nursing facilities, and then transported.

Civilian ships and military transport planes will be used in island areas.

The AstraZeneca vaccine will be vaccinated against residents and workers in nursing homes and rehabilitation facilities nationwide from the 26th, three days later.