No one is safe and the danger is there. Cell phones occupy our lives and, in the case of young people, much more. Therefore, when someone records part of their privacy, it is good to know 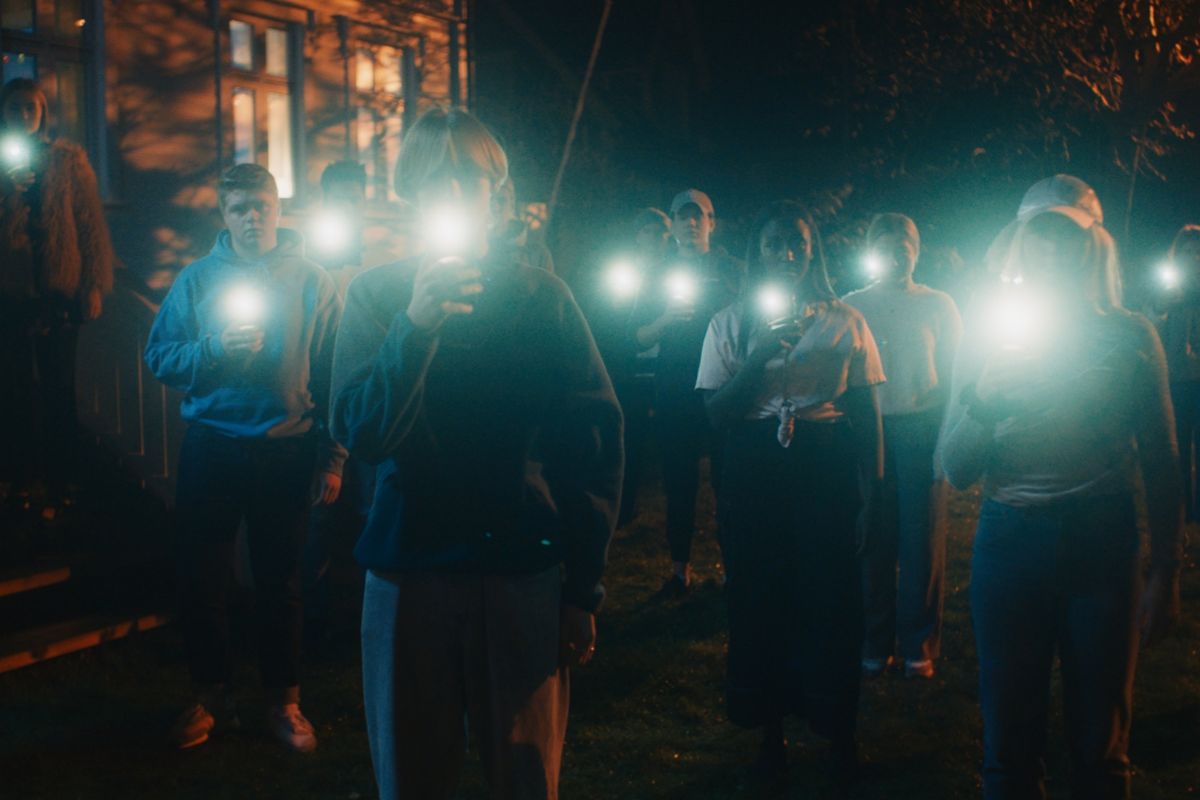 No one is safe and the danger is there.

occupy our lives and, in the case of

Therefore, when someone records part of their privacy, it is good to know in advance the

to which they are exposed: receiving photo

, adults hidden in chats for minors,

that are disseminated at lightning speed ...

, a 9-episode Norwegian series that premieres in Spain on February 9, its

They unknowingly become victims of cyberbullying and

a result of their

In 'Nudes' it is shown how a recording can destroy someone's life.

Images that escape from their mobiles when they press the 'send' button without knowing what their final destination will be.

Hard, very hard, are the moments that

that are developed throughout three chapters dedicated to each of them.

Situations in which the right to privacy and intimacy are violated.

MINORS AT RISK IN NUDES

, the danger comes when she decides to agree to publish some photos of herself in a dating application.

Thanks to a makeup session with a friend, Ada

appears to be older

With this, she manages to attract the attention of an older boy who will send her

, provoking her interest in doing something similar.

Big mistake: that sending will make Ada lament and, incidentally, attract the attention of another boy.

Ada is a 14-year-old girl who sends pictures with her naked.

, what was going to be an unforgettable night of sex with a 'very special' friend turns into a nightmare.

At a party, the protagonist of this story

Until then everything would be normal.

The 'bad' comes when someone records that intimate moment and

spreads it through social networks

From there, knowing who recorded that

becomes the obsession of a humiliated girl (and who does not stop receiving insults) even more so for being a woman.

In fact, the boy is considered a 'champion' and she a 'little princess' hungry for sex.

, there is the case of

One night out, the young man

records something he shouldn't

Those images, in which a 17-year-old girl appears, are considered 'child pornography' by the police months later.

A bad decision that will lead young Viktor to think

how to avoid an accusation (and a foreseeable conviction)

that will mark him forever.

Sofia suffers after the broadcast of an intimate video of her.

Produced and broadcast by the NRK

generated all kinds of comments after its broadcast, at the end of 2019. But, at the same time, articles were published that praise the

courage of this channel paid for by the citizens

The party Viktor is attending.

Much more in a time when, although sex education is available to everyone, it

takes a lot to convince young people of the dangers

to which they are exposed.

series may be the best way