Beomgye Park and Seokyeol Yoon, is it cooperation or conflict... Autumn line location is key 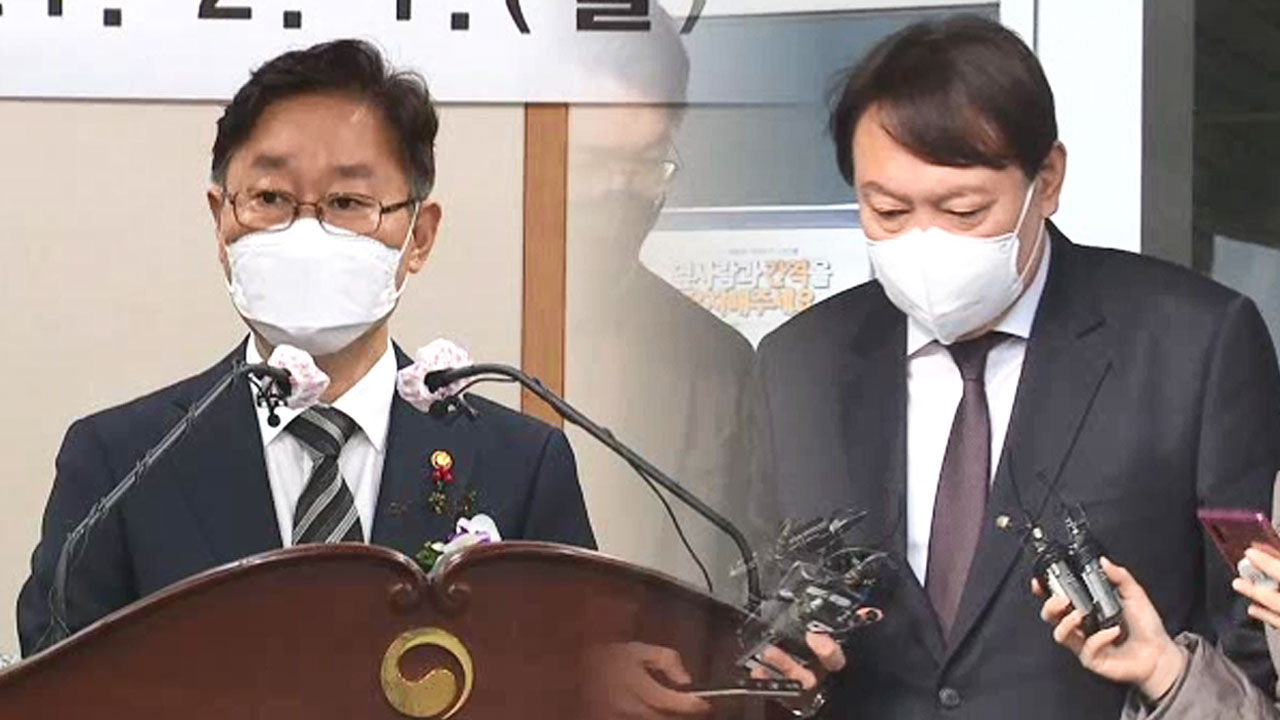 Prior to the inauguration ceremony, Prosecutor General Yoon Seok-yeol visited Minister Park Beom-gye, and the two had a pre-argument at last year's national audit.

I became suspicious of this.]

Didn't you do that in the past?] The

two people, who were also a

Judicial Research and Training Institute, have now met again as the Minister of Justice and the head of the prosecution.

The immediate urgent thing is the prosecution's officials, and attention is being paid to the rise of senior officials who were called close to former Minister Chu Mi-ae.

Prosecutor General Yoon Seok-yeol directly prevented the building of the Ministry of Justice where the inauguration ceremony of Minister Park Beom-gye was held.

He was amazed at the courtesy that was different from the time of the former minister, and President Yoon drew a line saying that he came to greet him.

[Suk-Yeol Yoon/Prosecutor General: I came today to congratulate the Minister of inauguration.

I don't think we'll have a lot of special deep talk.]

The meeting time between the two is only 15 minutes.

Nevertheless, the reason why many interpretations are attached to this brief meeting is because the prosecutor's executives are facing it.

Among them, attention is being focused on the personnel of high-ranking executives who have been confronted with Yun, such as Seoul Central District Prosecutors' Office Lee Seong-yoon, Sim Jae-cheol, the Prosecutor General of the Justice Department, and Lee Jong-geun, the chief prosecutor's chief of the detective department.

Yoon's opinion to replace them is known as a known fact that has not been announced.

In the end, the final key is that Secretary Park is holding it.

Even at today's inauguration ceremony, Secretary Park repeatedly emphasized communication and consultation with the prosecution.

[Park Beom-gye/Minister of Justice: I met with Prosecutor General Yoon Seok-yeol in person.

You won't be able to lock the door of the minister's office with only the main door open.]

Listening to the words, it may sound that you will consider the opinion of President Yoon as much as possible. There is also an interpretation.

It is at a crossroads whether the conflict between the Ministry of Justice and the prosecution will fade or reignite through the greeting of Minister Park.