[Exclusive] "If you agree to the national petition, 500 won"... Organizational public opinion manipulation?

The Blue House National Petition Bulletin was created with the intent to communicate directly with the public. In 30 days, 200,000 people must agree to hear the government's response. Nowadays, there are people who will give money if they agree to the petition. 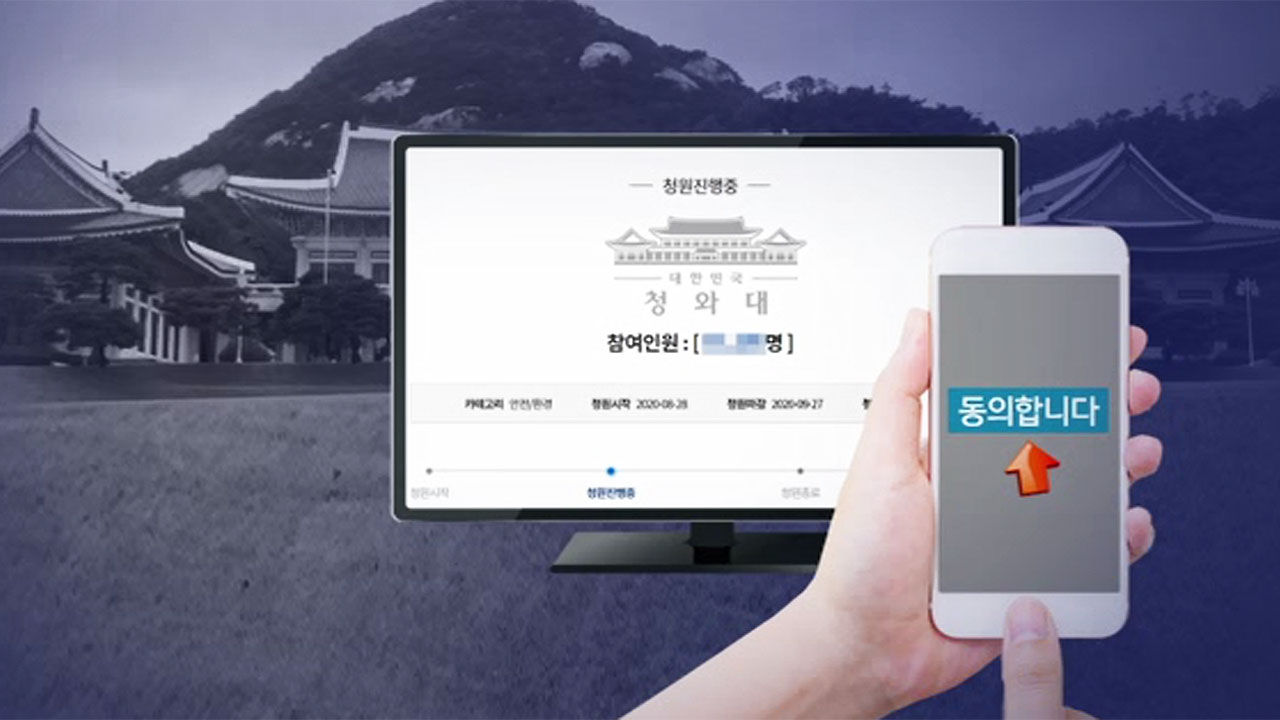 Blue House National Petition Bulletin was created with the intention of communicating directly with the public.

In 30 days, 200,000 people must agree to hear the government's response. Nowadays, there are people who will give money if they agree to the petition.

Mr. A entered the anonymous chat room of KakaoTalk and found an absurd article.

It was said that if you agreed to the Blue House National Petition, you would immediately deposit 500 won per case.

[Mr. A/chat room participant: Originally, it is a chat room for a different purpose.

But suddenly this just came up.] I

took a closer look at what kind of conversations came and went in this chat room.

The operator posts a specific petition and asks you to send us a photo, name, and account number confirming consent.

Participants send a photo of verification that they have agreed to as many as dozens of times, and give them their account number.

The work was being done systematically.

One chat room operator introduces himself as a recruiter and says that he shares his work in stages.

General consumer marketing companies also say that they can agree to a national petition if they request it.

[Marketing company employee: (Can you help me if I ask for a public petition?) Right.

similar work is being done in the citizen petition of the local government, which is modeled after the Blue House petition.

I traced back the advertisement saying that if you agree with the petition, you will be given 1,000 won per case.

No other than that, the person who posted the petition made this thing with his own money.

It was really hard.

One by one, I gave the money.] Because

municipal petitions can be answered by only a few hundred to thousands of people agree, it is much easier to spend money to fill in your heads.

Special measures are needed to prevent a situation where national petitions may be distorted and purity may be broken.