'Courier delivery law' that has been dismissed from issues Classification cost who vs.

As you can see, the key to overworking courier drivers is sorting. It's a question of money, after all, who will pay for it, so the courier and the union have negotiated five times so far, but they have yet to find a sharp solution. 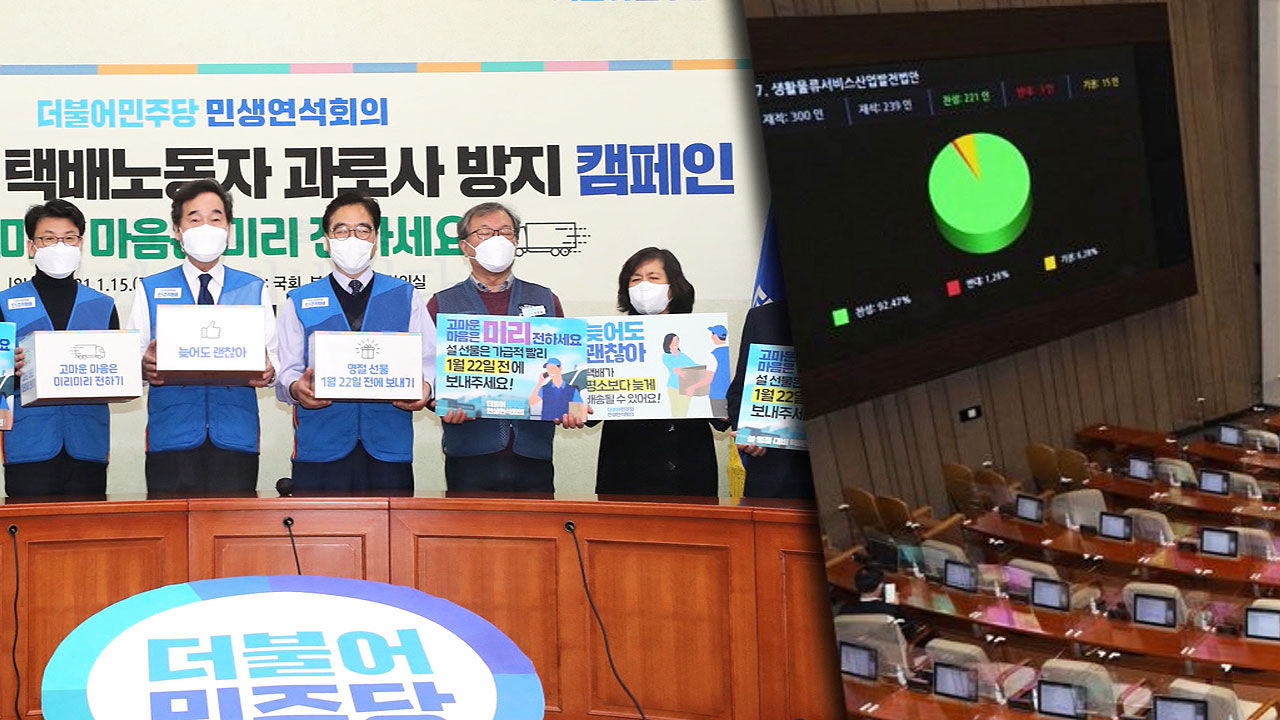 As you can see, the core of the overwork of courier drivers is sorting.

It's a question of money, after all, who will pay for it, so the courier and the union have negotiated five times so far, but they have yet to find a sharp solution.

Next is reporter Kim Min-jung.

In September of last year, a voice worried about the overwork of a delivery driver on the Chuseok holiday came out at the National Assembly.

[Park Sang-hyuk/ Democratic Party Member (Last September National Assembly Committee meeting): I am worried about the increase in delivery related to the delivery service ahead of Chuseok.]

However, the promise to put in additional personnel was not kept properly, and two days before Christmas, a courier in his 30s collapsed and died on the way to work.

The so-called'Courier Deliverer Prevention Act', which was passed at the end of the year, also omitted the draft content requiring separate personnel for classification.

This is because the courier companies strongly opposed it.

Instead, the labor and management agreed to include this in the standard contract.

[Kim Jong-jin/ Senior Research Fellow, Korea Labor and Social Research Institute: There is a social consensus about the death of an industrial accident (courier).

(By the way) Standard contracts may not work on site.

It can be seen that (the National Assembly) has passed the responsibility to the labor and management parties.]

The government set up negotiations between the courier union and the company to solve the problem, but all five negotiations broke down.

Courier companies are sticking to the position that they cannot cover all the extra costs.

The parcel delivery union is currently voting for and against the general strike today (20th) and tomorrow, and plans to go on strike starting next Wednesday when it is approved.

There are also voices that it will be difficult to find a clue to the solution unless the low parcel delivery price is realized in the workshop surrounding the sorting cost.

▶'Courier delivery' that ignited a strike…

I did it myself