The 35th edition of the Goya Awards will take place on March 6. It will be at the Soho CaixaBank Theater in Málaga, with Antonio Banderas and María Casado as directors and presenters. 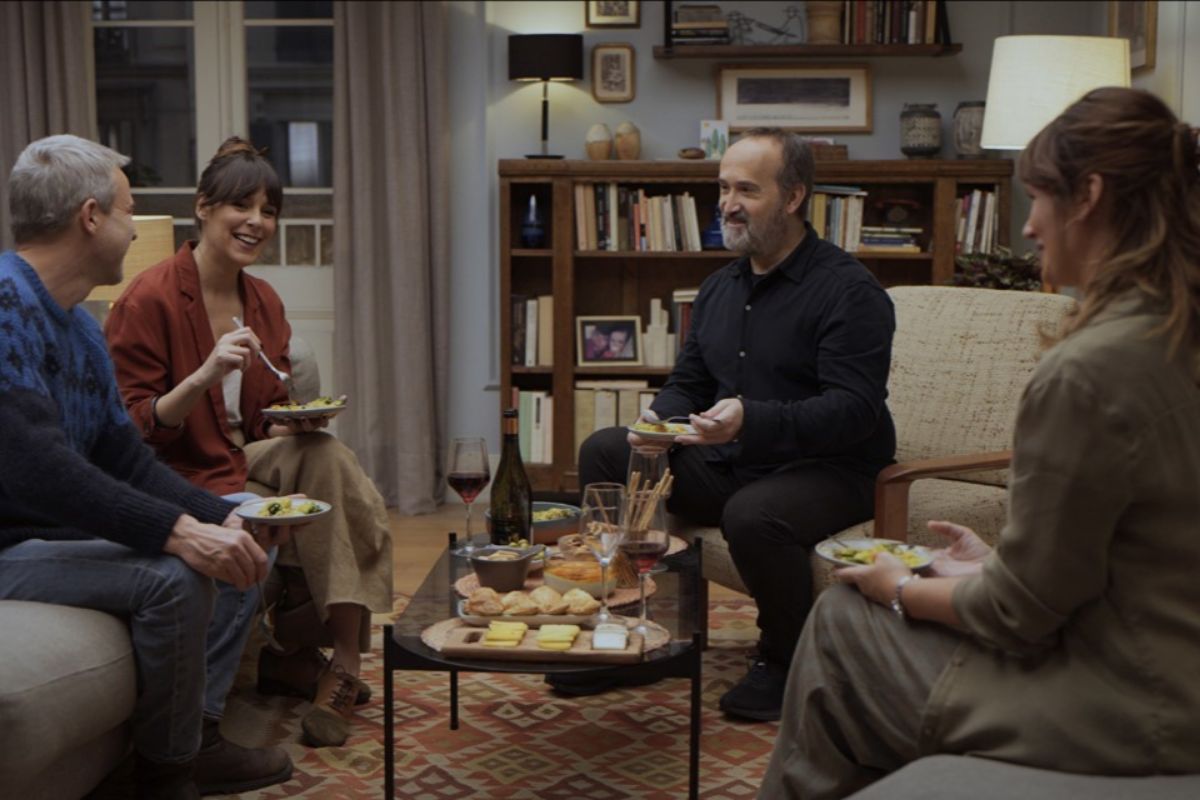 The 35th edition of the

will take place on

It will be at the Soho CaixaBank Theater in Málaga, with Antonio Banderas and María Casado as directors and presenters.

Which film will triumph at the Goya Awards?

There is time to find out, but we review the

feature films that have the best chance

of succeeding that night.

After having won the Forqué Award for Best Film and the Golden Biznaga at the Malaga Festival,

Pilar Palomero's film starts as one of the great favorites

to win the Goya in the same category.

(or, in other words, enter adulthood) in their free time while receiving teachings anchored in the past by the religious.

in teenagers who, in most cases, feel disoriented.

Cesc Gay repeats in this comedy with Javier Cámara, with whom he had already worked in

A pistol in each hand

, Cámara joins Belén Cuesta, Alberto San Juan and Griselda Siciliani in a story that revolves around

two couples who live in the same building.

The matter, as you would expect in a dramatic comedy, gets out of hand and gives rise to some

poignant, funny and, in some moments, very hard dialogues

when they touch on the subject of heartbreak.

THE YEAR OF DISCOVERY

, when everyone looked at our country and saw that it was capable of launching an Olympic Games in Barcelona and a Universal Exhibition in Seville, Spain was not going well.

Despite the official image, enthusiastic, optimistic and euphoric, there were people who suffered.

(together with Raúl Liarte) a

Cartagena into the epicenter of disenchantment over the closure of factories

Its good reception in numerous festivals (Rotterdam, Mar del Plata) place it directly as a favorite in the Best Documentary category.

'The year of discovery', by Luis López Carrasco.

did not be released in theaters.

He did it on Amazon Prime Video.

On the streaming platform, the director of

The characters that appear (and are played by great secondary actors of Spanish movies and series) suffer greatly in 'regrettable stories' such as those of a fan of the photos who wants to go to the beach, a tribute that goes wrong, a hateful woman along with a friendly gardener and an unscrupulous businessman.

THE SUMMER WE LIVE

, two stars of current Spanish cinema and series, star in a romantic melodrama set in Jerez.

It is the 50s and, between wineries and vineyards, love arises between Lucía (Suárez) and Gonzalo (Rey).

), who has commissioned his friend

Gonzalo to design and build a winery

to build his future empire.

great photograph, a successful reconstruction of the Jerez city

from the middle of the last century and the inclusion of another plot set in the present are the great successes of this production.

Sometimes a trip can change your life.

1950s and Spain did not enjoy the freedoms

that existed in the rest of Europe.

) live in Ibiza a very different summer than they would have in their Madrid, with love affairs, beaches and parties.

(Go away from me

), which adapts a novel written by Rafael Azcona

, a film in which the Catalan filmmaker describes the encounter between two lonely souls.

They are those of Peter Riordan (

), a man and a woman of different origins, personalities and characters that coincide in the Alicante town, famous for its beaches, its skyscrapers and its hectic nightlife.

All this remains as a backdrop in a plot in which

intertwined with a thriller full of mysterious characters

The protagonist of this

is Adú, he is a six-year-old boy who lives with his mother and sister in Cameroon.

witnessing a robbery by illegal hunters

, Adú's life turns upside down and he

is forced to emigrate to Europe

In parallel, the story is told of a father and his daughter (Luis Tosar and Anna Castillo) who live together for a few weeks in different countries in Africa;

and another one, with Álvaro Cervantes as a young civil guard who works in Melilla.

work of Kiti Mánver in this dramatic comedy

What he did not count on in that purchase of an apartment in Seville is that, at the time of signing the contract, a clause would include that

its owner (Mánver) can live there until she dies

An emotional story that adapts a successful play about two women who share confidences, laugh, cry and discover that

life can give you second chances.

actresses that has had the most presence

and its priceless appearances in

could take her fourth Goya with a comedy with touches of drama directed by Icíar Bollaín.

Rosa's (Peña) determination to be free

and not adjust to what others think.

An adventure that will result in a different wedding.

To highlight the good role as secondary of

, an actress seen in films such as

While the War lasts

Legacy in the Bones

and series such as

, caused a sensation with this drama

at the San Sebastián Film Festival and with which the interpreter has just won the Forqué Award for Best Actress.

Her character here is that of Lide, a

mother who believes that her daughter has run away from home

because of her after a heated argument.

Although, after hours, this strong-willed woman who works on the high-speed train works discovers that she did not know her daughter, now a teenager, well.

For years, Lide has ignored that

Ane has hung out with activists and has a parallel life

that borders on illegality.

And all, in a scene as turbulent as Vitoria in 2009, with young proetarras starring in street riots.

These are the keys to a drama in which

which stands out for its dark tone and dramatic intensity.

Directed by Pablo Agüero, who received

for a film that could be seen at the San Sebastian Festival.