Estela Gutiérrez Fernández (45) grew up among flour, butter, cream and dough in the family bakery in Cabezón de la Sal (Cantabria). The place was in front of the house and she 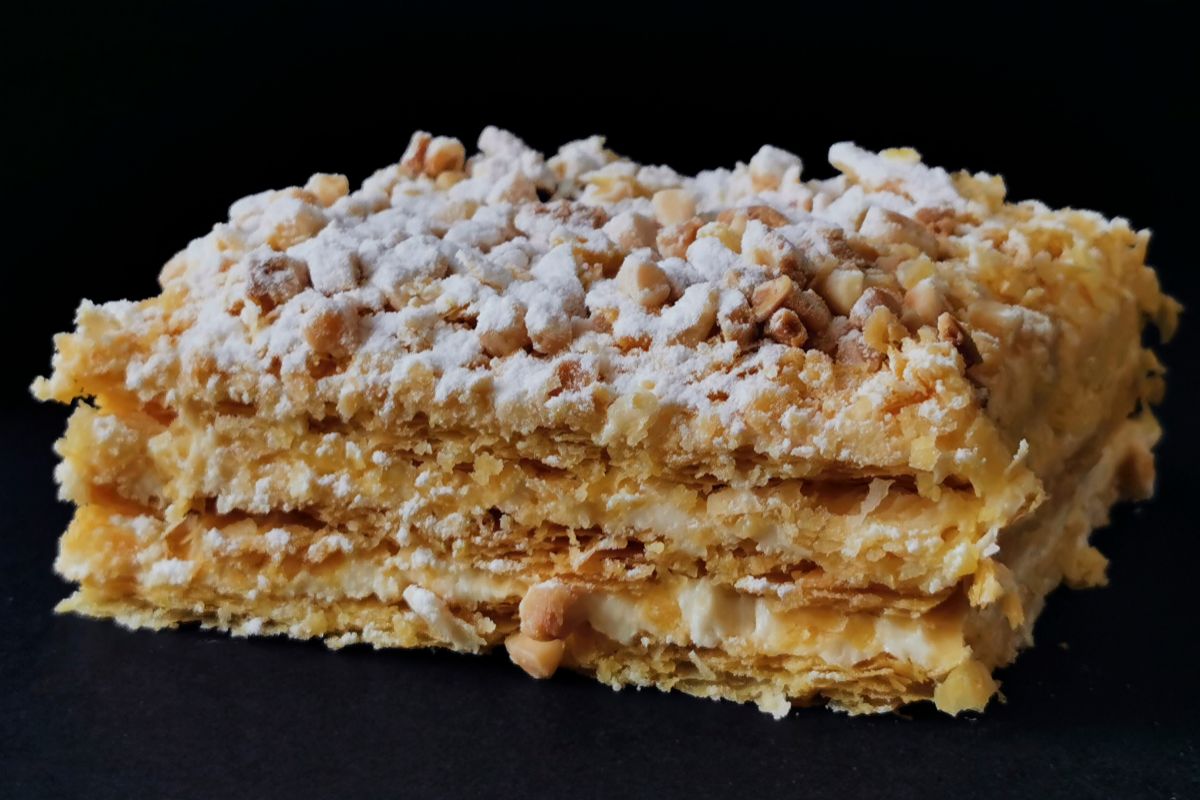 The place was in front of the house and she and her three brothers (Mariola, José Manuel and Olivia)

Pastelería Pedro today maintains its magnificent fame and is a benchmark in the north for the most demanding sweet tooth and, since Estela moved to Madrid four years ago, also for those from the capital.

Love - and also the concerns to live new experiences - made her take the leap.

It was not the first to hit.

She studied to be a nursing assistant, but as she finished she realized that this was not her thing.

The sugar threw him too much and he got into the family workshop to learn the trade.

"My father was delighted with the decision. He was a spectacular teacher

His sister Mariola, who also changed her career path, is now in charge of the Cabezón bakery.

His first stop in the capital was Hojaldrería, a project where the absolute protagonist was, as can be deduced, the puff pastry.

There his work shone in style

A space located near the Puerta del Sol that offered delicacies such as croissants, some unique chocolate palm trees, puff pastry and croissant bread, to remember some of its jewels.

The experience was intense, but shorter than expected.

The next challenge was found with Javier Marca, from Panic

, one of the best bakeries in the city.

"From the beginning there was good harmony between us. And we thought that

bread and puff pastry could get along,

" he recalls on the other side of the phone from his town, where he had to stay a few more days for the now famous 'Filomena'.

He has his workshop in Bravo Murillo, where he

"In Panic you can find my products and also in some restaurants, like Santerra," he explains.

The millefeuille are the star of the house - perhaps they are the best in the capital and we would not exaggerate - although the palm trees, the croissants, the shells and the almond cake are not far behind either.

There is no secret. Everything is a question of good ingredients and a lot of love

. I dedicate myself to this for pleasure and I think it shows," he explains.

Flour and butter of the highest quality, time and "a lot of practice. You don't learn to make puff pastry in a month or two".

She still remembers the first time her father left her with her sister in charge of the business.

It was after four years of working with him.

"He went to Chile for a month and we stayed there."

Their legs were shaking, but they passed the test with flying colors.

Those who have worked with her say that

"Well, this is also a matter of time," he says modestly.

Almond cake with a puff pastry base.

From a family of pastry chefs - his uncles also have businesses in Cantabria and Bilbao - he assures that when he leaves the bakery he loves to make pastries at home.

"In our family, when we get together to eat, we only argue about dessert. My mother makes them very good and we never agree," he laughs.

Now they are going to expand the business with another store in town.

"It's going to be called Las hijas de Pedro", she says something excited.

He admires colleagues from the profession such as Oriol Balaguer (La Duquesita) and Ricardo Vélez (Moulin Chocolat).

There are great pastry chefs in Madrid, but there may not be enough pastry shops,

She dreams of opening her own in the capital in a few years.

"It will be like the one we have in Cantabria, cozy and small."

And do not miss the millefeuille.

GastronomyFive cans of anchovies that are a (great) treasure