As you can see, all charges related to corruption in the entrance examination that the prosecution applied to Professor Kyung-Shim Chung, including the citation of Tong Yang University, which had been controversial, were all convicted at the first trial. 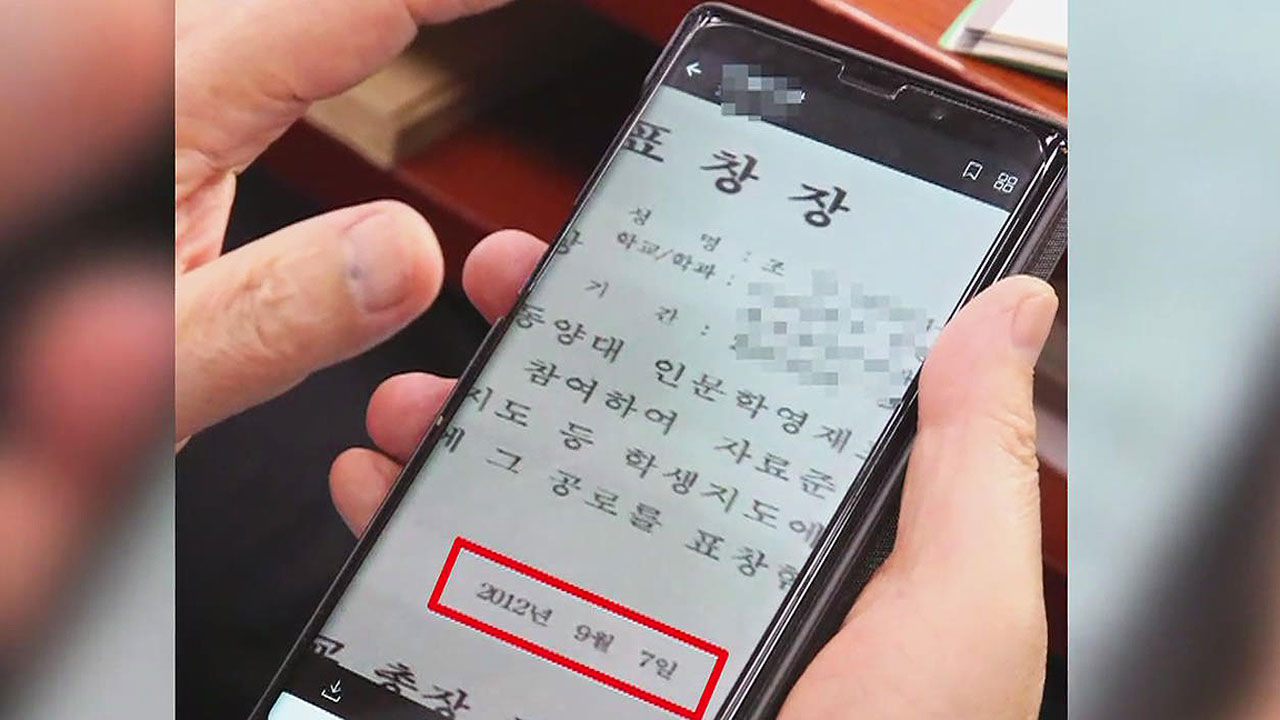 As you can see, all charges related to corruption in the entrance examination that the prosecution applied to Professor Kyung-Shim Chung, including the citation of Tong Yang University, which had been controversial, were all convicted at the first trial.

In addition, the court judged that the private equity fund also invested in a borrowed name rather than lending money.

This is the conclusion of the judiciary on the alleged forgery of the Tong Yang University's citation.

The judiciary said it was judged that Professor Kyung-Shim Chung captured the part of the presidential position from the certificate scan file received by his son, created a picture file, and then pasted it into the daughter's citation file and printed.

The fact that Mr. Jung's daughter actually received the citation has not been confirmed, and it is different from other listing forms, and I heard evidence of evidence that Professor Jeong forged files.

The instructor's lounge PC where the listing file was found was also legally submitted, and did not accept the lawyer's claim of illegal collection evidence.

In addition, we concluded that all seven specifications, such as Dankook University, Gongju University Research Center, and Seoul National University Public Interest Human Rights Law Center internship, were all false.

The Justice Department stressed that severe punishment is inevitable as such crimes cause disappointment and disappointment for those who sincerely strive for fair competition and forsake social belief in the entrance examination system.

[Attorney Kim Chil-jun/legal representative of Jeong Gyeong-shim: As the prosecution's logic was, I couldn't help but be disappointed to see that all were convicted.]

Regarding the suspicion of private equity funds, he did not admit the charges of embezzlement, but contrary to Professor Jeong's argument, he borrowed the name of another person to invest in. I decided that one was right.

▶ "The motherland, implicated in the charges of concealing evidence and corruption in the entrance exam for daughter"

What will happen to the appeal hearing