Funeral in 9 days... Korean Dream under a crane

Last month, two people who were working at a construction site in Yongin, Gyeonggi-do, were killed by a crane. A police investigation is underway regarding safety measures, and a funeral for a young man in his 20s from Cambodia among the dead workers was held 9 days after the accident. 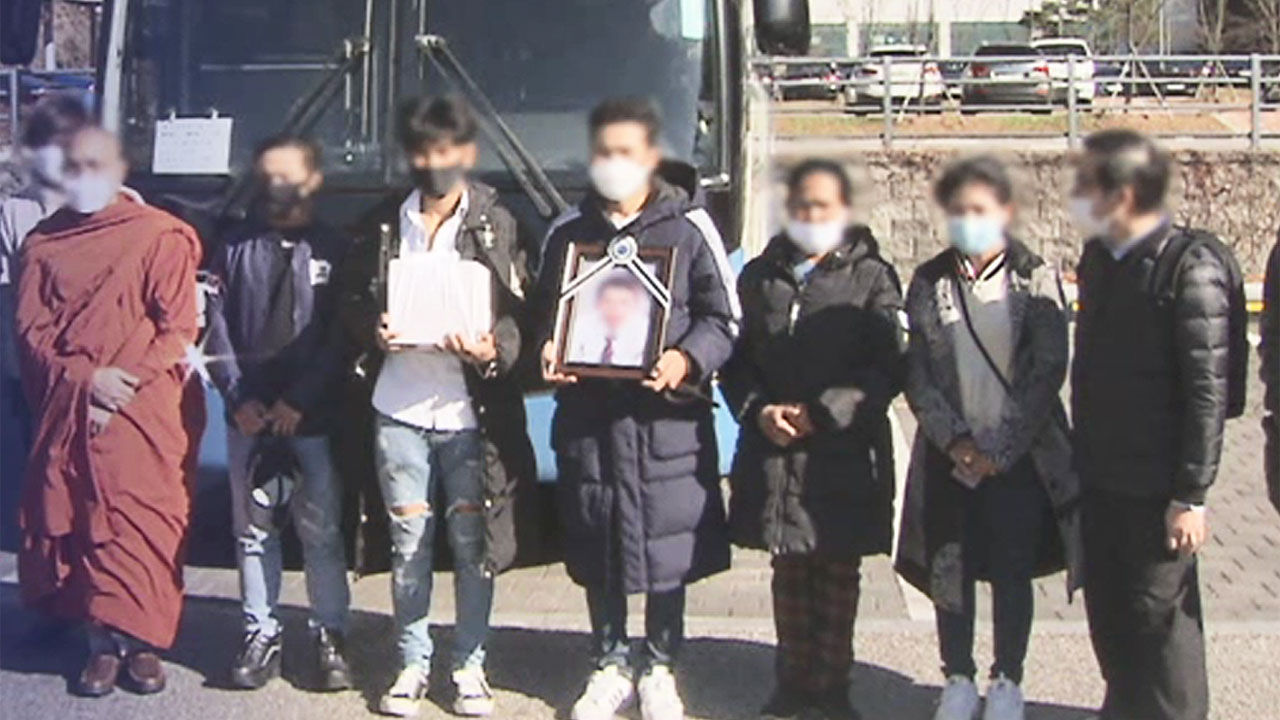 Last month, two people who were working at a construction site in Yongin, Gyeonggi-do, were killed by a crane.

Police investigations are underway regarding safety measures, and a funeral of a young man in his twenties from Cambodia among the dead workers was held 9 days after the accident.

A 28-year-old Cambodian young man who came to Korea three years ago and worked at a construction site.

On the 30th of last month, he died in a crane accident at a highway construction site.

A funeral held in 9 days, fellow foreign workers stayed there.

[Mr. A relative: (Mr. A's) father and mother could not come in, because of corona...

My heart hurts so much that I can't speak.]

Mr. A was killed by a 200-ton crane at the construction site of the Seoul-Sejong Expressway.

To increase the length of the crane, the moment the pin was pulled by tapping the connection part with a hammer, the crane collapsed because it could not overcome the load.

The police are seeing that there were no braces to be placed underneath, and no auxiliary cranes were installed to hold them from above.

A's daily wage was 115,000 won, which is about 50,000 won less than Korean workers, and a professional manpower had to be in charge of dismantling the crane, but A's colleagues say he was changed at the site where he was first put in.

[A's colleague: In the past, I didn't try pulling a (crane) pin, it's my first time.

My friend hurts my heart so I can't speak (more).]

About 220,000 foreign workers registered in the Ministry of Employment and Labor have suffered industrial accidents and about 300 people have died in the past three years.

Considering illegal immigrants, it is estimated to be more.

The police are investigating how the crane dismantled without putting in 3 people in charge of safety management at the site and putting in specialized personnel.