Microsoft promises more fairness to developers on its App Store

As Epic Games, the creator of Fortnite, accuses Apple of abusing its dominant position, Microsoft is committed to more fairness 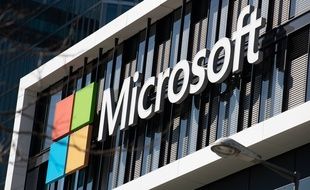 Microsoft is committed to more fairness on its Windows Store (illustration).

While Epic Games, Spotify or Deezer denounces the methods of Apple and Google, the multinational has promised to be transparent, reports Lemon Press.

Rima Alaily, the vice president of Microsoft, published a blog post in which she supports the Coalition for App Fairness, a movement started by app developers.

This alliance denounces the abuse of dominant position shown by Apple and Google.

The fight around Fortnite

Both Gafa's Play Store and App Store have been under fire for the past few weeks.

And especially since the game Fortnite, created by Epic Games, was withdrawn from the app store of the Apple brand.

Like Google, Apple takes 30% of payments made by users on its App Store.

Some developers, such as Epic Games, have decided to circumvent this billing, which is considered abusive.

What earned the designer to be blocked by the digital giant.

The commission charged by Microsoft is only 5%.

This does not prevent society from wanting to go even further to "promote choice, ensure equity, and promote innovation".

The firm promises not to favor its own products at the expense of its competitors.

The vice-president of Microsoft also certifies that the non-public data of an application collected by the Windows Store will not be used to compete with it.

Microsoft: IT company will allow employees to telecommute permanently

TikTok: New respite for the social network in the United States