[Video] The road turned into a swimming pool... The situation in Busan where typhoons are scattered

As Typhoon High Line passed around Busan around 9 am today, strong winds and torrential rains caused damage one after another. Reporter Gil Jae-seop, KNN reporter, organized the reporter videos sent by citizens. In the back of an apartment in Geoje-si, Gyeongsangnam-do, soil and soil suddenly pours over the parked cars with trees. 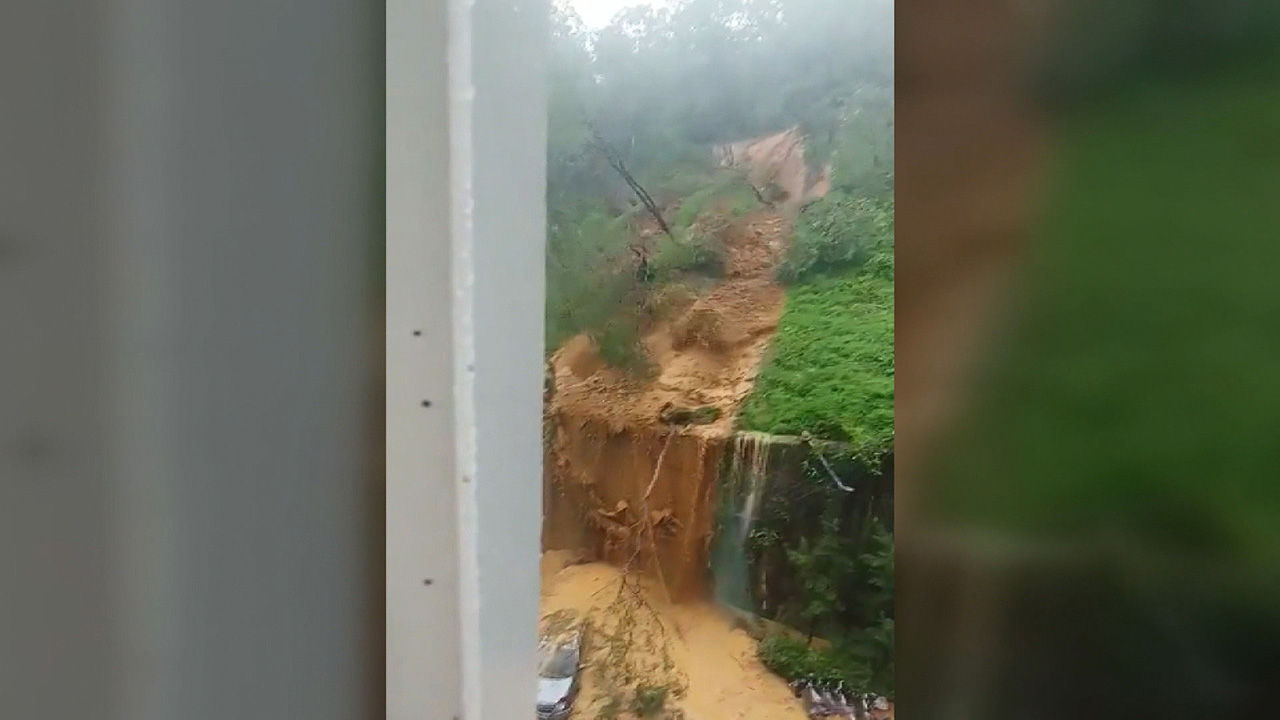 Typhoon Hisun passed around Busan around 9 am today, damage was followed by strong winds and torrential rain.

back of an apartment in Geoje-si, Gyeongsangnam-do, soil and soil suddenly pours over the parked vehicles.

In Sadeung-myeon, Geoje, the vehicle was isolated when water entered the underpass.

The driver was safely rescued by the 119 rescue team.

In front of the Busan Mandeok Tunnel, a tree suddenly falls on the road.

In Busanjin-gu, when soil hit the house, a person in the house was rescued through a window.

In Jaeun-dong, Jinhae, Gyeongsangnam-do, parked vehicles were flooded as soil was pushed into the apartment complex.

In Busan Dalmajigogae, structures of neighboring buildings blown by strong winds flew into the apartment complex.

The outer walls, which fell off by strong winds in the city center, are stuck in jeopardy while being swayed by the constant blowing wind.

As the high tide approached, Dongcheon, Busan, was once again in danger of flooding.

Suyeong River, with the water on fire, was immersed in muddy water all the way to the riverbed.

Waves over the breakwater overflowed and flooded all over the coastal road.

The Gwangalli Beach Road was connected to the sea with waves overflowing.

The promenade in front of Samick Beach turned into a swimming pool as the seawater from the waves entered.

At Gijang Daejeon Port, waves that have crossed the breakwater cross the road and overflow to the shopping district.

Although the typhoon is passing fast, recovery from the two typhoons Mysack and Highsun is expected to take some time.