European paleontologists named the Cretaceous fossil after Nightwish singer Floor Jansen. The starfish-like echinoderm of the snaketail class was named Ophiomitrella floorae. The fossil animal was found in the homeland of the vocalist in the Netherlands more than 20 years ago, but only now has it been identified as an independent species. The dinosaur-era find has added to the list of fossils named after rock stars. 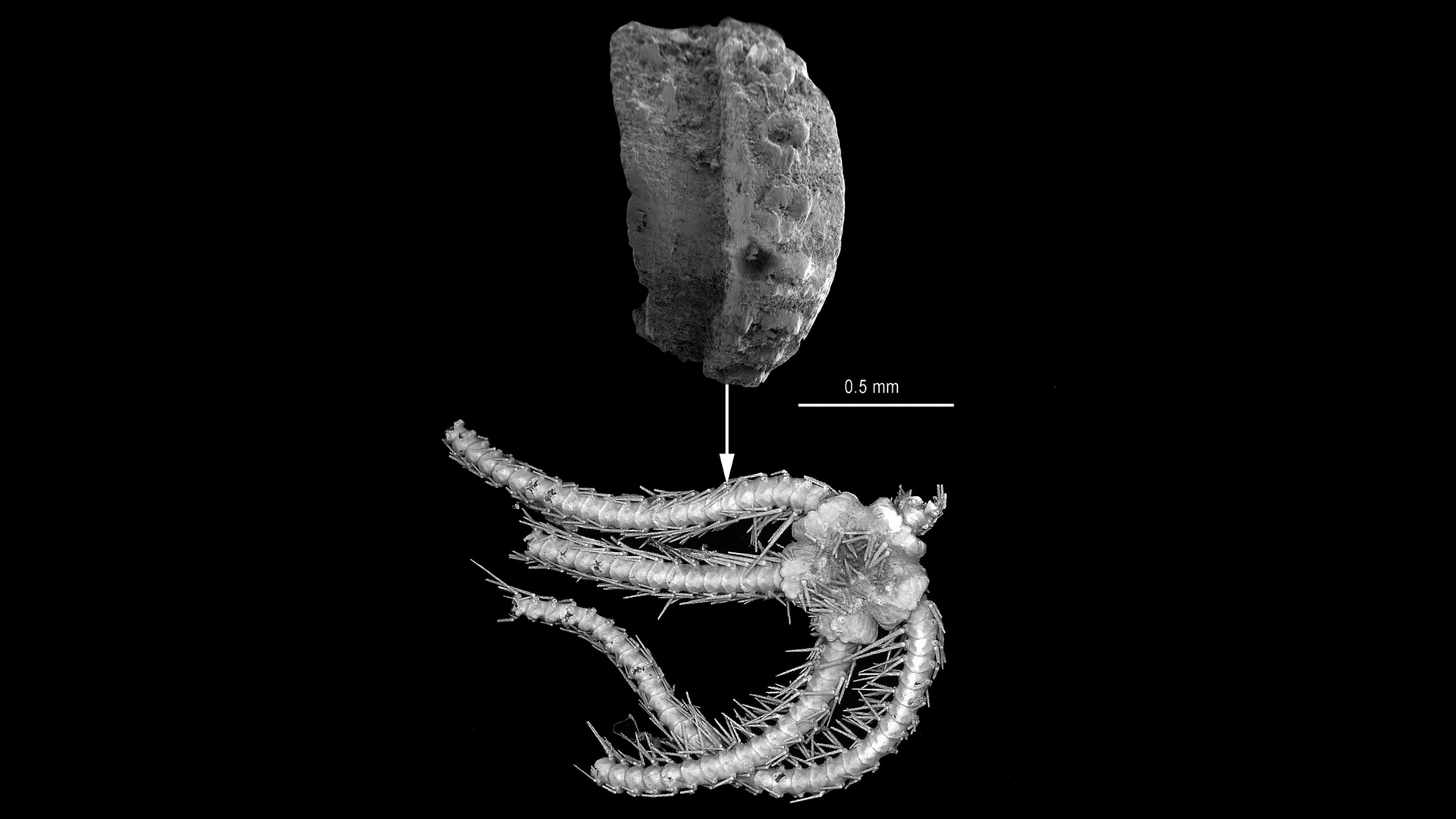 Paleontologists from the natural history museums of Luxembourg and Maastricht (Netherlands) have identified a previously unknown species of Cretaceous snaketail and named it after Nightwish's vocalist Floor Jansen. This is reported in PeerJ magazine.

The starfish-like fossil was discovered over 20 years ago in the quarry of a cement company in the Netherlands. Then the fossil collector, paleontologist of the Maastricht Museum of Natural History, Dr. John Yagt, drew attention to antiquity.

“I ranked the specimen in the class of snake-tails, which are especially rare among fossils. However, given the information available at that time, the true origin of the find remained a mystery, ”said Dr. Yagt.

More than 20 years later, Maastricht specimens of Dr. Jagt were studied by his colleagues from the Luxembourg Museum of Natural History. Taking into account the latest advances in science in this area, they determined the uniqueness of the find.

The fossil snaketail turned out to be a representative of a species of echinoderms previously unknown to science that lived at the end of the Cretaceous. At that time, on the territory of the modern Netherlands there was a shallow warm sea, at the bottom of which such creatures lived.

Having studied the skeleton of a previously unknown animal, scientists got an idea of ​​its habitat.

“This snaketail most likely lived in warm shallow sea water, while its current relatives are found in deep sea areas. This indicates that over the past million years, there has been a significant displacement of their habitat, ”said the paleontologist of the Luxembourg Museum of Natural History, Dr. Ben Tuy.

The fossil animal turned out to be wrapped around the fossils of a sea lily, another echinoderm, from which experts concluded that these species could coexist successfully.

When the uniqueness of the find was established, scientists took advantage of the privilege of giving it a name. Paleontologists, big fans of hard rock music, decided to pay tribute to the native of the Netherlands, vocalist Floor Jansen, and named the species Ophiomitrella floorae.

“Rock music and fossils are a perfect match. For a long time, they have served as sources of inspiration for each other, "- explained the decision of paleontologists, co-author of the study, Dr. Lea Numberger.

According to scientists, Ophiomitrella floorae is in great company with other fossils named after music artists and rock stars. The same Maastricht Museum of Natural History hosts the Rock Fossils on Tour exhibition, which, among others, features the Sid Vicious trilobite from the Sex Pistols, as well as the ancient Kalloprion kilmisteri worm, named after Motörhead leader Lemmy Kilmister.