80s buried with cultivator... Landslide damage one after another

With a lot of rain falling in Honam, the rain damage is getting bigger and bigger. A landslide in Damyang, Jeollanam-do, a woman in her 70s was buried and killed, and a low-lying village was flooded, leaving the residents isolated. This is reporter Min Kyung-ho. 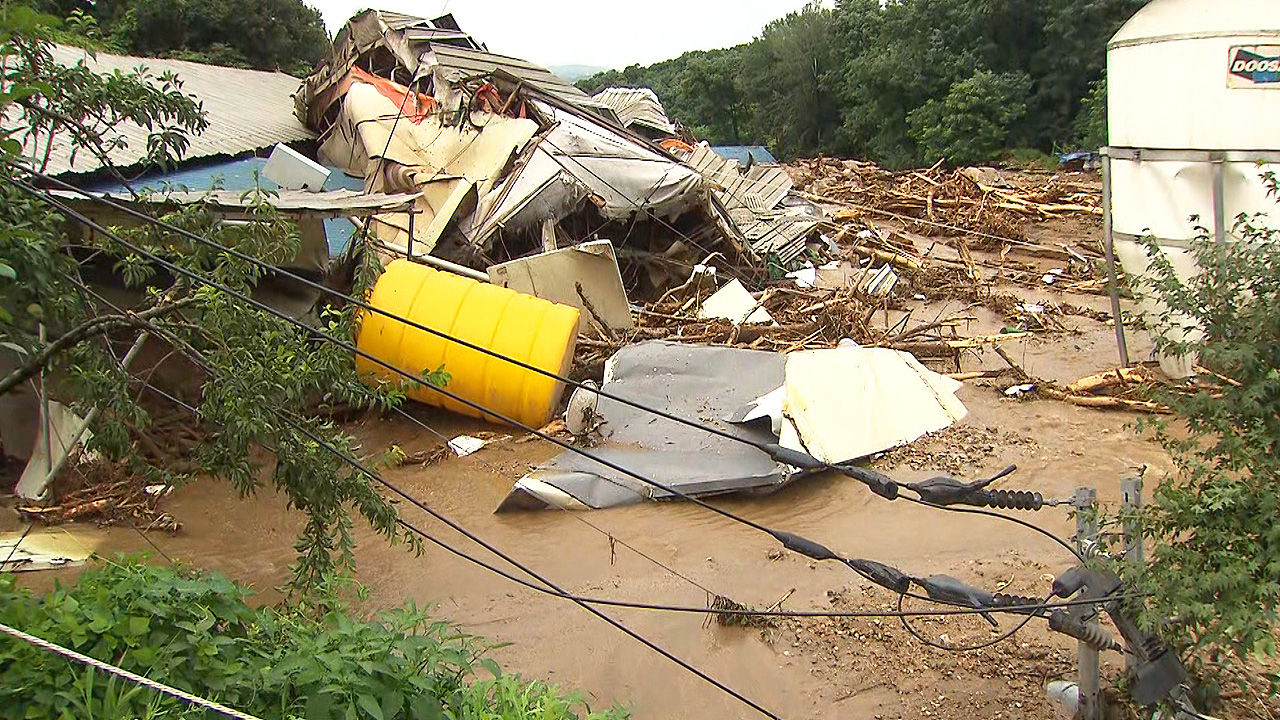 Rain damage is getting bigger and bigger as it rains a lot in Honam. A landslide in Damyang, Jeollanam-do, a woman in her 70s was buried and killed, and a low-lying village was flooded, leaving the residents isolated.

This is reporter Min Kyung-ho.

landslide occurred at Mujeong-myeon, Damyang-gun, Jeollanam-do, around 4:10 am today (8th).

At that time, when a very strong rain of 57mm per hour fell in the Damyang area, the soil was poured over the house on the hillside, and the fire department was working on rescue considering that two people were staying in the house at the time.

At about 1 am, 73 guests of the pension were temporarily isolated due to a landslide in Yongeong, Gurye, Jeollanam-do, and were rescued by the fire department.

Also, at around 10:50 am today, when the soil collapsed on a hill in Jusang-myeon, Geochang-gun, Gyeongsangnam-do, 83-year-old A, who was nearby, was buried with a cultivator.

The rescued Mr. A was seriously injured and taken to the hospital.

In addition to landslides, there were also suffering accidents.

At around 4 am in Bongsan-myeon, Damyang, an 8-year-old girl, who was moving to an evacuation shelter after exiting a house flooded by heavy rain, was swept away by the swollen water, and the fire department started searching.

Around 5 am, a fire broke out in a house in Geumseong-myeon, Damyang, and the 71-year-old Mr. B was found dead. Police and fire departments believe that the fire started when the power pole fell in heavy rain.

In Gwangju alone, 138 cases of residential inundation and 24 cases of inundation of agricultural land were reported, and 148 reports of damage caused by heavy rains in Jeonbuk are also leading to isolation and inundation.