What is QAnon, the conspiracy theory that creates 'war between realities'?

In October 2017, an anonymous user calling himself Q posts in the online forum 4chan: Calm Before the Storm. The person claims to be a senior US government official who uncovers "the truth about a secret power struggle." The conspiracy theory QAnon is born. 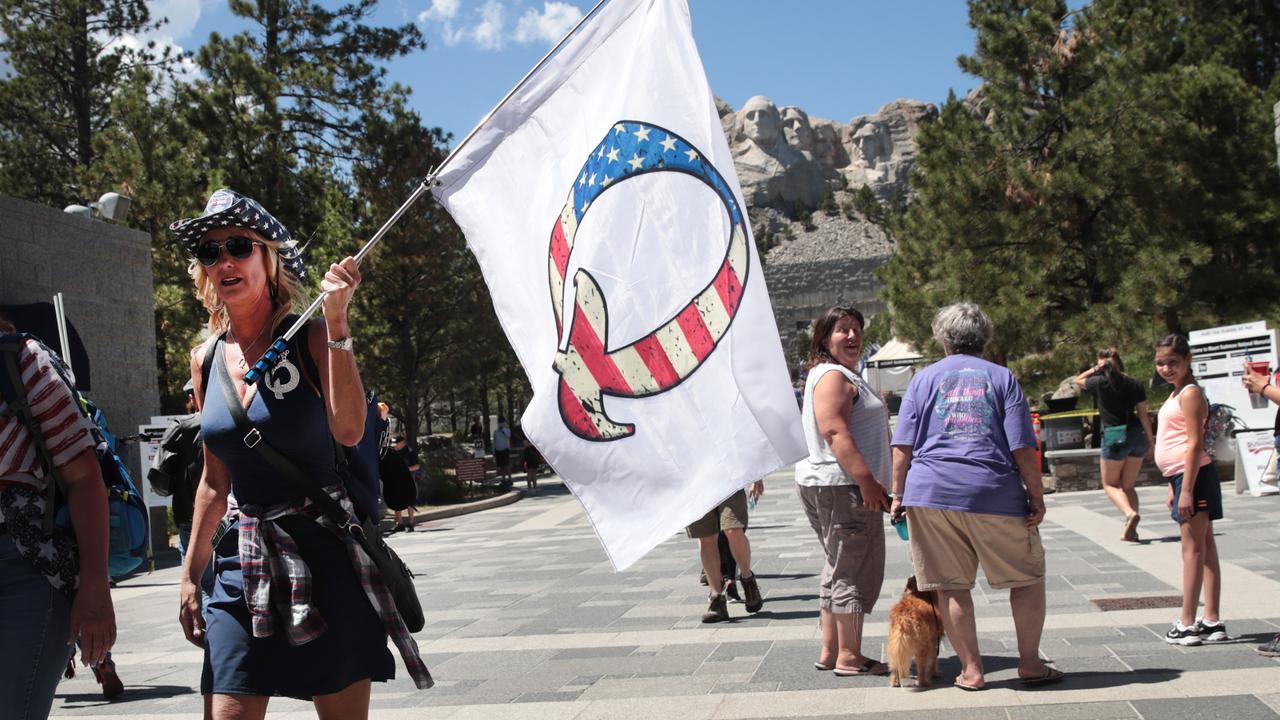 In October 2017, an anonymous user calling himself Q posts in the online forum 4chan: Calm Before the Storm. The person claims to be a senior US government official who uncovers "the truth about a secret power struggle." The conspiracy theory QAnon is born.

It is difficult to summarize QAnon. Actually, it is not one conspiracy theory, but an umbrella name for multiple theories of different people and events surrounding American politics, all of which would ultimately be interrelated.

In a nutshell, the bottom line is that the Democratic Party is a deep state (state within a state) that aims to overthrow President Donald Trump. At some point, Trump would intervene to hold all who would be responsible - the storm.

QAnon's original focus was the investigation into Russian interference in the 2016 United States presidential election by Special Prosecutor Robert Mueller. According to QAnon, the Russia investigation was a lightning rod: in reality, Trump would team up with Mueller to arrest prominent Democrats such as Hillary Clinton and Barack Obama.

Over time, a variety of theories have been reviewed: from the existence of the Democratic deep state to suggestions or claims that North Korean leader Kim Jong-un is a CIA puppet or predictions of future events at certain times that - so turns out later - does not take place.

QAnon followers use the letter Q on flags, placards and as a logo to express themselves. It's hard to define 'the QAnon supporter', but they are generally pro-Trump. (Photo: Getty Images)

"Pick a conspiracy theory you like - fake shootings, underground sex vaults run by the elite, unreleased justice reports that would lead to the capture of Hillary Clinton upon publication - and you'll come across them on the QAnon forums," writes the HuffPost .

"While the storm is at the center of the QAnon story, it is also flexible enough to take in everything that gets in the news," writes The Daily Beast .

"QAnon is a metacomplot theory," writes student researcher Emily Schabes (PDF) from DePauw University. "Followers are compared to cult members in that they blindly follow illegitimate theories and leaders, or discard facts and evidence as an enemy 's misinformation."

QAnon's rebuttals are turned into 'evidence'

Q's messages are often vague and can therefore be interpreted in different ways. "Q places something that thousands of people can interpret as they like," Vox writes in an explanation article about QAnon.

"Other conspiracy theories connect seamlessly with QAnon - such as shootings, Jewish bankers in control of the world or the Illuminati (a secret society striving for world power, ed.)."

"Like all successful conspiracy theories, QAnon is self-closing," researchers at MIT University write (PDF). "Any objection or rebuttal can be turned around to prove the theory, usually by stating that information is withheld to avoid panic ..."

"Events that would undermine the theory, such as the end of the Mueller investigation, are cited as evidence that those behind the theory - Trump and his allies, including Q - are smarter than we can imagine."

QAnon is also known as The Great Awakening and The Storm. WWG1WGA stands for the motto 'Where we go one, we go all' ('Where one goes, we all go'). (Photo: Getty Images)

QAnon is moving from social media to the real world

QAnon started on 4chan and spread to 8chan and mainstream social media such as Facebook, Reddit, Twitter and YouTube. On the street near Trump rallies, people wear Q logos, T-shirts, and cardboard signs that point to QAnon.

The danger of conspiracy theories is that they can lead to real damage. In June 2018, a QAnon trailer in an armored vehicle with an AR-15 assault rifle drove to a dam of the Colorado River on the border of the Arizona and Nevada states. There he blocked traffic and demanded the publication of a report published a day earlier. The man was arrested and his action labeled a terrorist threat.

The spread of a comprehensive conspiracy theory like QAnon could have far-reaching social consequences, the MIT researchers argue. "It's getting tiring to follow the news, to understand political developments and to determine whether a fact is credible or if someone's agenda is serving."

According to the researchers, conspiracy theories cause "a war between realities". "Our job is to understand how we as individuals and citizens should behave in a world where the conversation is not used to get the other person to understand your interpretation of the facts, but to recruit them into your reality."