In Nantes, vibrant tribute to Steve Maia Caniço, a year after the drama

Several thousand people paid tribute to Steve Maia Caniço on Sunday, who disappeared a year ago during a police intervention on the evening of the Fête de la Musique. &amp; Nbsp; 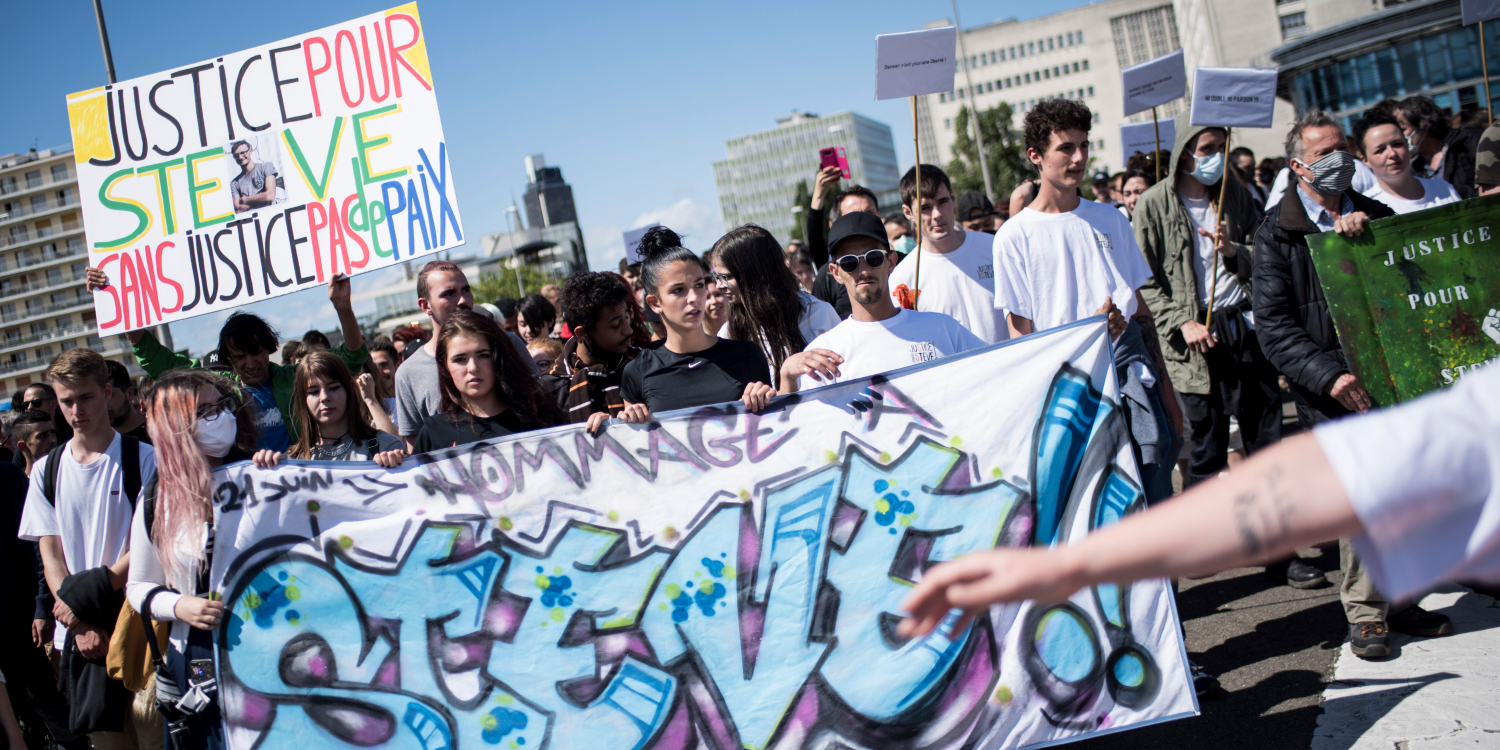 Several thousand people paid tribute to Steve Maia Caniço on Sunday, who disappeared a year ago during a police intervention on the evening of the Fête de la Musique.

"No forgetting, no forgiveness". Several thousand people paid a vibrant tribute on Sunday to Steve Maia Caniço, who disappeared a year ago during a police intervention on the evening of the Fête de la Musique, a drama whose memory is still vivid in Nantes.

Dressed in orange vests, a dozen of Steve's friends ensured the order of the event, which left the castle of the Dukes of Brittany towards the island of Nantes. It was there that Steve disappeared during an electro party, quai Wilson on the Loire, on the night of June 21 to 22, 2019 after a controversial police intervention at a late hour.

"Steve has become a symbol!"

Under the sun, the demonstration, which attracted 2,600 people according to the police, took place in an often family atmosphere, many holding a flower in their hand, where the sounds of the reggae group Danakil could first be heard. Techno music, dear to this extracurricular presenter who was 24 years old, also resonated.

At the head of the procession, Steve's brother and sister were present, behind banners and flags of Portugal, with reference to family origins. Some signs - "dance before you are pushed into the water" or "we will not be silent" as well as the slogan "we do not forget! We do not forgive!" - showed that the wounds were still raw.

In the ranks, all generations are represented, from young to old. Like Anne-Josée, whose son was friends with Steve Maia Caniço. "My children were playing electro with Steve, they went to the Fête de la Musique with him last year," she said at the microphone of Europe 1. "When Steve did not show up at the work, we understood that he would never come back, because he was a serious guy, "she recalls. "Me, I want to see my children again when they go on a party, I don't want to tremble for them every time a brigade shows up".

The procession gathered at length at the foot of the huge yellow crane, at this place in the Loire where Steve's body had been found on July 29. Several speeches by his relatives, very moved, took place, including that of a friend of Steve, Aliyah: "Inequality rages on every street corner (...) Steve, like George Floyd, Adama Traoré, Rémi Fraisse, Zineb Redouane, Malik Oussekine and many others, has become a symbol! ", She said with applause. Another demonstration, prohibited by the prefecture, was also to take place at the end of the afternoon in Nantes.

"It was an avoidable death"

After years of the Fête de la musique celebrated on quai Wilson, there has been successive controversy over the location deemed to be dangerous and the police intervention perceived as disproportionate in the face of young people having fun in a neighborhood without housing. After reports from the IGPN (the General Inspectorate of the National Police) and the IGA (General Inspection of the Administration), the investigation is concentrated in Rennes where the case has been disoriented.

Three judicial information "against X" are investigated in Rennes. One for "manslaughter" concerning the death of Steve, the other for "endangering the life of others" concerning the police intervention and the third for violence on "person responsible for public authority" s 'acting of taking part of the police. "We are completely serene" about the investigations, explained to AFP Stéphane, godfather of Steve. "But we are unhappy because it was an avoidable death," he added.

The mayor of Nantes, Johanna Rolland, wanted to meet the family of Steve Maia Caniço on Friday, stressing that the city was still "bruised".