The Ministry of Justice stated that a 40-year-old Indonesian man A, who had falsely reported his domestic residence and fled his place, was deported on a flight to Indonesia at 3:20 pm today. This is the first time that foreigners who violated the quarantine measures of the quarantine authorities were deported. 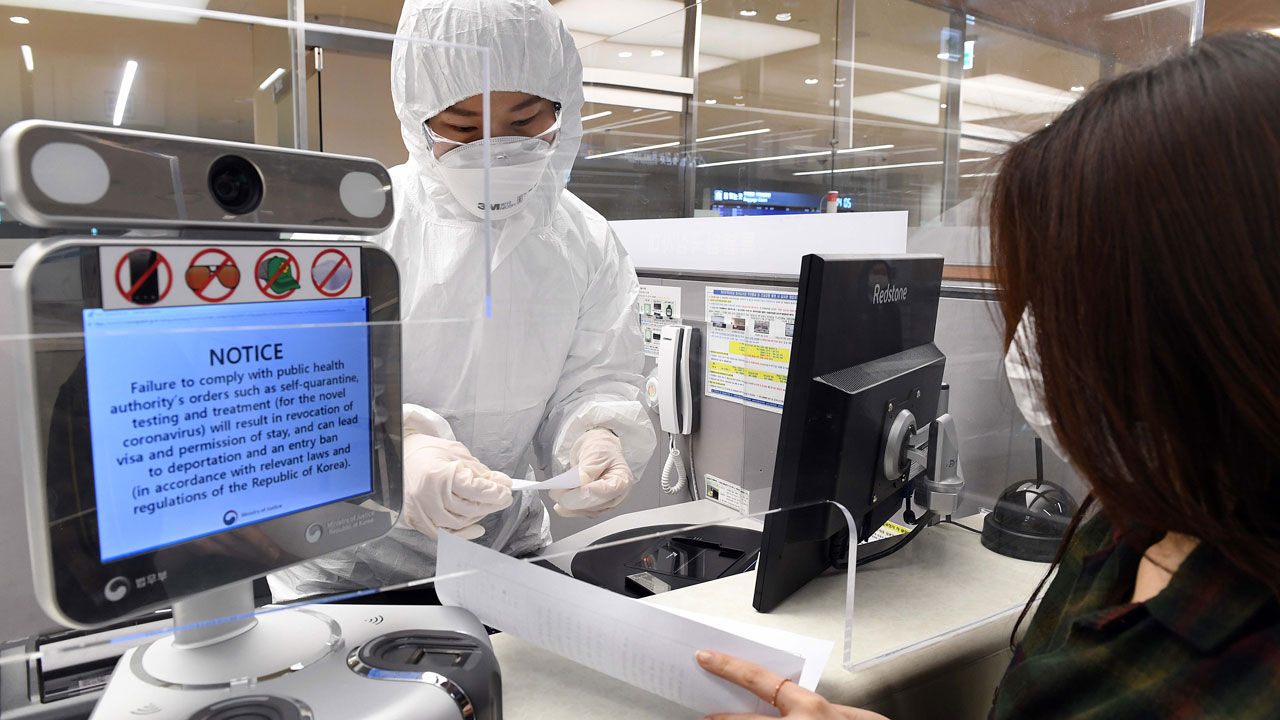 A foreigner who entered Korea violated the government's self-containment measures and was deported to his home country.

The Ministry of Justice said that a 40-year-old Indonesian man A, who had falsely reported his domestic residence and left the quarantine location, was deported today (8th) on a flight to Indonesia at 3:20 pm.

It is also the first sanctions imposed on foreigners who have violated the Minister of Justice's `` Limited Scope of Action '' order, which has been in effect since the 1st.

According to the Ministry of Justice, Mr. A entered Incheon International Airport on the 4th and reported his residence in Ansan, Gyeonggi, where he used to work as a cook before departure.

Although the Ministry of Justice also received a 'Limit of Order', Mr. A immediately moved to an acquaintance's home in Gimcheon, Gyeongbuk.

Ansan City and the police confirmed that Mr. A had left the quarantine location and notified the immigration authorities the next day.

The authorities judged that the possibility of escape was high, such as Mr. A reporting false information on the quarantine location, and took emergency protection measures at the Daegu Immigration and Foreign Office Protection Office on the 6th at 11:10 am.

The Ministry of Justice determined that Mr. A violated the Infectious Diseases Prevention and Immigration Control Act after immediately reporting false information on the place of residence, even after being notified of quarantine.

The Ministry of Justice has been implementing measures to limit the scope of foreigners' activities or to set other necessary compliance matters if it is deemed necessary for the public order or Korea's important interests.

The Ministry of Justice has also caught Vietnamese couples who have left the quarantine location this morning and are considering whether they will be deported.

The couple, who entered Korea on the 1st, escaped the self-isolation site in Gangbuk-gu, Seoul, and moved to Gimhae-si, Gyeongnam, and were caught at Gangbuk-gu Public Health Center.

In addition to violating self-containment, they are also charged with illegal employment.