Amerikansky tovarishch in the Soviet tank brigade: how Joseph Beyrle fought on the Western and Eastern fronts

Exactly 75 years ago, a prisoner of war from America came to the Soviet troops in Poland and persuaded the command of the tank brigade to allow him to stay to fight with them. A few days later, Joseph Beyrle drove a tank into the very Nazi stalag from which he had fled, and a few weeks later he met Marshal Georgy Zhukov. 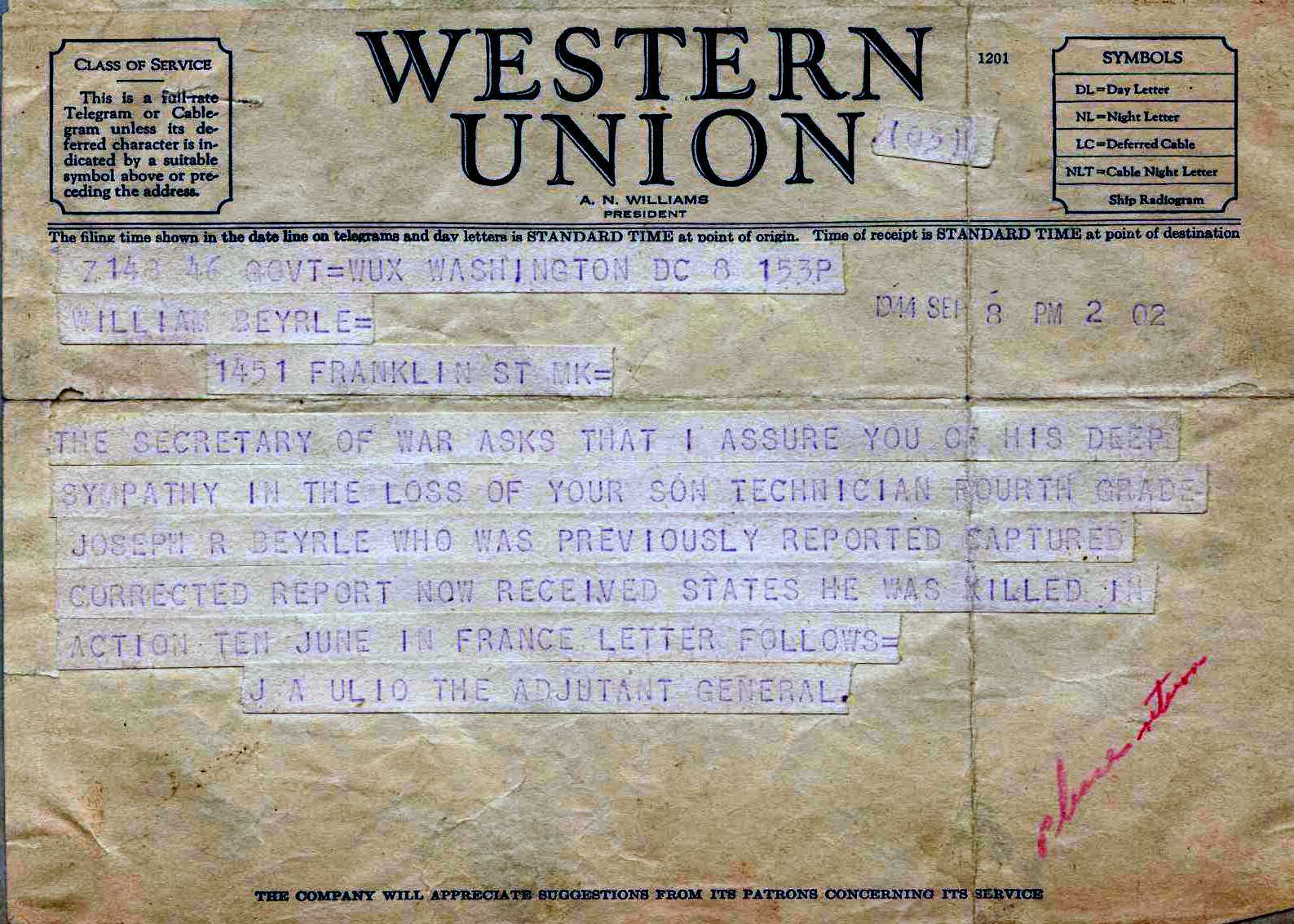 Joseph Robert Beyrle got into the airborne assault immediately after graduating from school in 1942. After months of training and training on the night of June 5–6, 1944, Beyrle was abandoned with thousands of other paratroopers to Normandy.

This landing was not easy for Beyrle. His air group came under fire from the ground and air, and the sergeant, who was almost 21 years old, saw his comrades dying in other crashed planes, and parachutists who jumped were killed right in the air. Beyrle jumped and landed on the roof of the church. Communication with its part was lost.

For a day of a forcedly independent operation, the paratrooper blew up a small power station and threw grenades at the Nazi squad. Making his way through the bushes to the next target, Beyrle fell into the fortified machine-gun position of the Germans and was captured. Thus began the months of the camps.

The very first attempt to escape took place on a march in France. However, after half a day he was caught again and was taken for interrogation.

“I was interrogated for 20-24 hours a day, they wanted answers to common questions. They asked why I, an ethnic German, fought for the Jews of Roosevelt and Mortengau against my people. At some point during the interrogation, I called the German officer a son of a bitch and woke up a few days later in a hospital with a terrible headache and a broken head, ”Joseph Beyrle wrote in his memoirs.

Before getting into the stalag (prison camp), Beyrle with a column of other soldiers was sent to Paris, as he said, “... for propaganda purposes; people standing along the streets spat on us and threw rotten scraps at us. ”

On September 17, 1944, Beyrle ended up in Stalag III-C, the third stalag during captivity. Now it is the territory of Poland, nearby is the city of Kostrzyn an der Odr (formerly Küstrin). 90 km to the west - Berlin. Beyrle escapes from this camp, gets caught, will be returned and escapes again.

Train to the Gestapo

For the Americans and the British, the stallag was not quite the same as it was for the captured Soviet fighters. You could not work, they were fed, albeit a little: about 1600 calories per day. Humanitarian aid from the Red Cross was missed.

In Stalag III-C, Soviet prisoners were also kept in a separate camp. Beyrle and his comrades saw them through the fence. His son John Beyrle in his interviews retold his father's impressions of this neighborhood:

“Dad said: Yes, of course, they gave us very little to eat, we were always very hungry, we wanted to eat. But we saw how Soviet prisoners of war literally died of hunger before our eyes. And we, although we were very hungry, still we always found a way to somehow throw something over these barbed wire to these people, our Soviet allies, so that they would not die of hunger. "

A few months after arriving at the stalag, Beyrle and several comrades attempted to escape. There was a train station nearby, and every evening a train left it. According to the informant, to Poland.

For 10 packs of cigarettes, we agreed with one of the day guards that he would “not notice” how a hole would appear in the barbed wire. The train arrived at the station at the right time, but at the fork did not turn into Warsaw at all.

The morning of the next day, the fugitives met at Berlin's South Station.

The conspirators were able to persuade a local worker to shelter them and help to go underground. But the next morning people with machine guns came to the house where they were hiding. The fugitives were caught again, but this time not to the military.

“In the next 7-10 days, we learned that everything we heard about the Gestapo was true. We were interrogated, tortured, kicked, thrown, walked at us, hung hands behind our back, whipped with a whip, beaten with clubs and rifle butts. When it seemed that their arsenal was exhausted, they came up with new methods of torture. When you started to lose consciousness, they started again, ”said Joseph Beyrle.

The German military “rescued” them, insisting that prisoners of war did not follow the Gestapo’s profile, which belonged to the Third Reich’s political intelligence and security police. Beyrle was sent to Stalag Luft III, and then returned to Stalag III-C in Poland.

“I want to go to Berlin with you”

A new attempt to escape was scheduled for January 1945. With the help of the radios hidden in the camp, the American prisoners of war realized that Soviet troops were approaching them.

Beyrle and several other prisoners staged an accident and a fight to divert the attention of the guards, and climbed into the barrels of potatoes that were about to be taken out of the camp. Not far from the last post, the barrels fell over, the fugitives fell and rushed into the bushes. The guards opened fire. Only Beyrle survived. Dogs were launched in his wake. The sergeant jumped into the river and walked the whole night in the water so that they could not smell him.

On the third day of the journey, Byerly reached the barn, where he spent the whole night. The next day there was a roar of explosions and gunfire around, and in the evening a Soviet tank brigade approached the barn.

“I went out and introduced myself to the Russian commander in English and broken Polish as“ Amerikansky tovarishch ”. He explained that I was an American prisoner of war and ran away, I want to join them and go with them to Berlin to kill the Nazis, ”recalled Joseph Beyrle.

# 1Bel45 To our 1st Guards. The former American prisoner of war Joseph Beyrle left the tank brigade and said that he was a paratrooper of the American 101st Airborne Division. He persuaded the command of the 1st Guards Tank Brigade to take him into the combat structure of the tank battalion. pic.twitter.com/abvBR9VuTU

According to some reports, that commander was the famous female tanker Alexander Samusenko. Beyrle issued PPSh-41 and was assigned to the infantry group, which was riding on the rear of the tank. Ironically, it was an American M4 Sherman tank, placed on the 2nd Belorussian front in lend-lease.

A few days later, the battalion, overcoming the resistance of the retreating Nazi troops, arrived in the very Stalag III-C. Beyrle helped to blow up the safe and took his prisoner card from there - the only surviving document that at least somehow confirmed his identity.

Zhukov writes out a road

Beyrle's advancement on the Eastern Front ended 10 days later. The column was attacked from the air, and the paratrooper received multiple injuries. He was sent to the hospital.

“... suddenly, some kind of turmoil began in the hospital. Many patients tried to get up, and I also tried. A Russian officer approached me. I recognized him right away, it was Marshal Zhukov. He told me to lie down and, through an interpreter, asked how I felt, where I was injured, ”recalled Joseph Beyrle.

Beyrle asked Zhukov to help with the documents. The next day, the paratrooper received a letter signed by the marshal demanding any assistance to the American so that he could get to Moscow.

In Moscow, Beyrle appealed to the American embassy, ​​but there was a problem. According to the documents, it turned out that he had died in France, about which his parents had already been notified. However, the identity of the paratrooper was able to confirm by fingerprints.

Beyrle returned home in April 1945. In September 1946, he married Joanna Halovel, in the same church where he was buried two years before. Even the priest was the same.

After the war ended, Joseph Beyrle first came to the Soviet Union in 1979 and has since been to the USSR and then to Russia more than once. He died in 2004 from a heart attack and was buried with honors at Arlington War Cemetery.

Shortly before his death, Beyrle again visited Russia and in an interview asked not to call him a hero.

“I did my duty. It was wartime. The real heroes are those who never returned home, ”he said.

His son John Beyrle, in 2008-2012. former US ambassador to Russia, he also noted in various conversations with the media that his father had been grateful to Soviet soldiers for their salvation all his life.

“At a time when he was completely defenseless, they accepted him, armed him, gave him food - he was starved in the camp,” John Beyrle told RT. “This escaped American soldier was their ally.” And he realized that if you stay with them, he will be in good hands. ”

This and other interesting facts about the Great Patriotic War are in the #Pobeda Victory project launched by RT in honor of the upcoming 75th anniversary of the Victory. Join us on Instagram, YouTube, Facebook, VKontakte and follow the hourly chronicle of the last months of the war on Twitter.

Amerikansky tovarishch in the Soviet tank brigade: how Joseph Beyrle fought on the Western and Eastern fronts 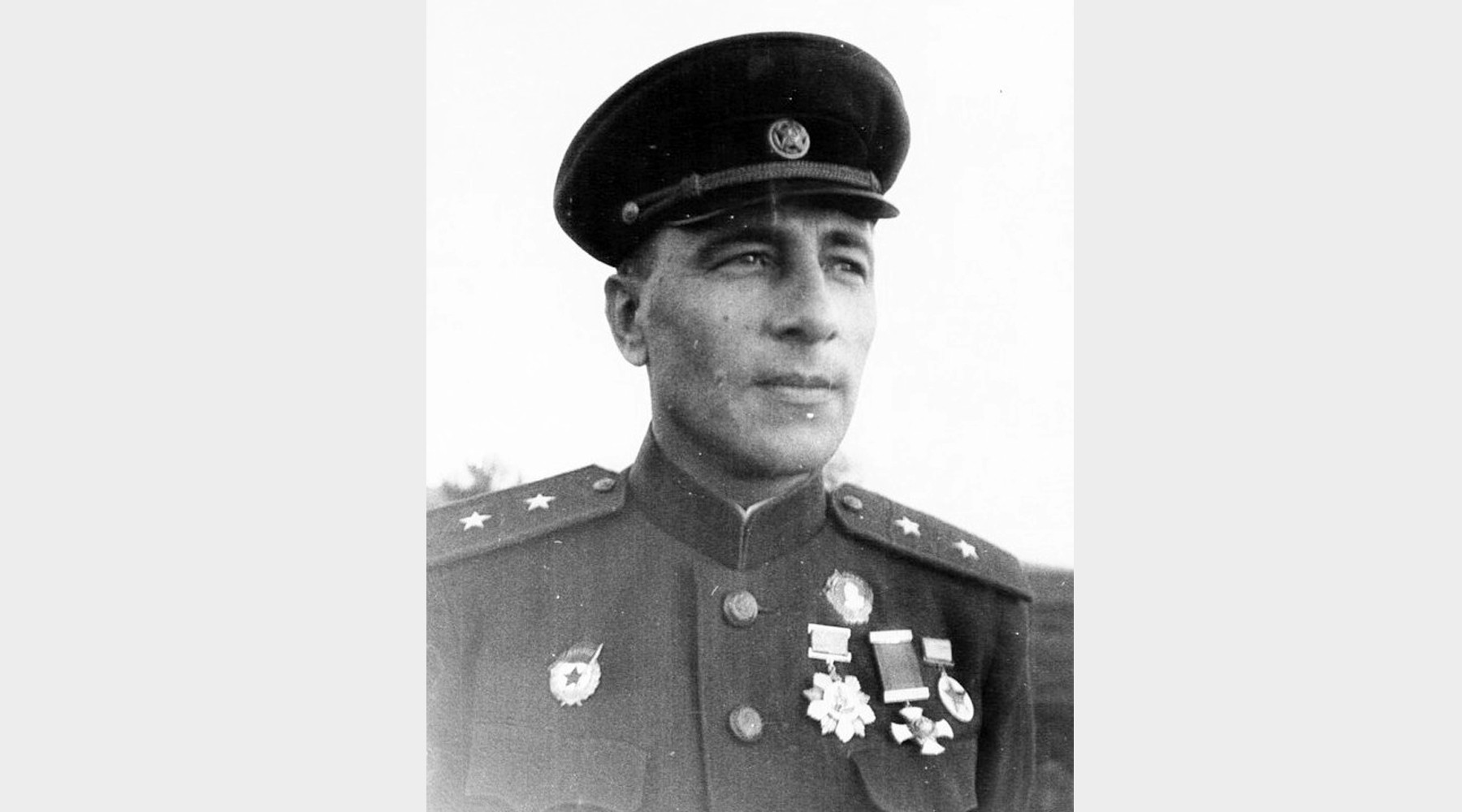 “He was called the bravest of the brave”: how Dmitry Lavrinenko became one of the best tankers of World War II 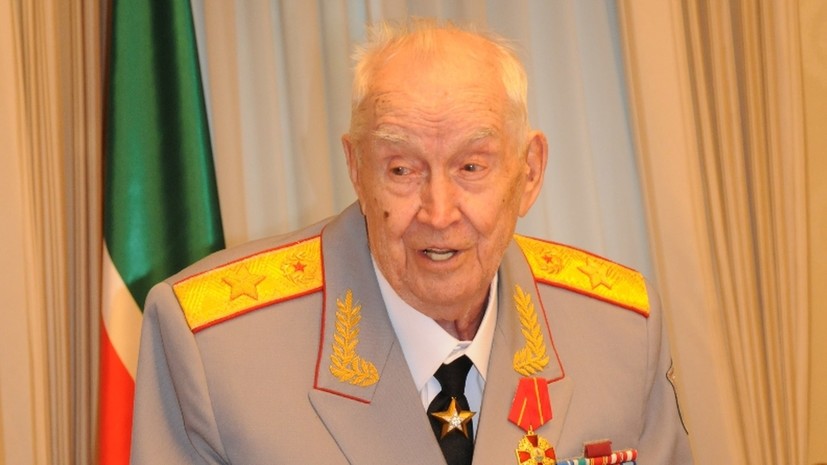 President of the Academy of Military Sciences Makhmut Gareev dies 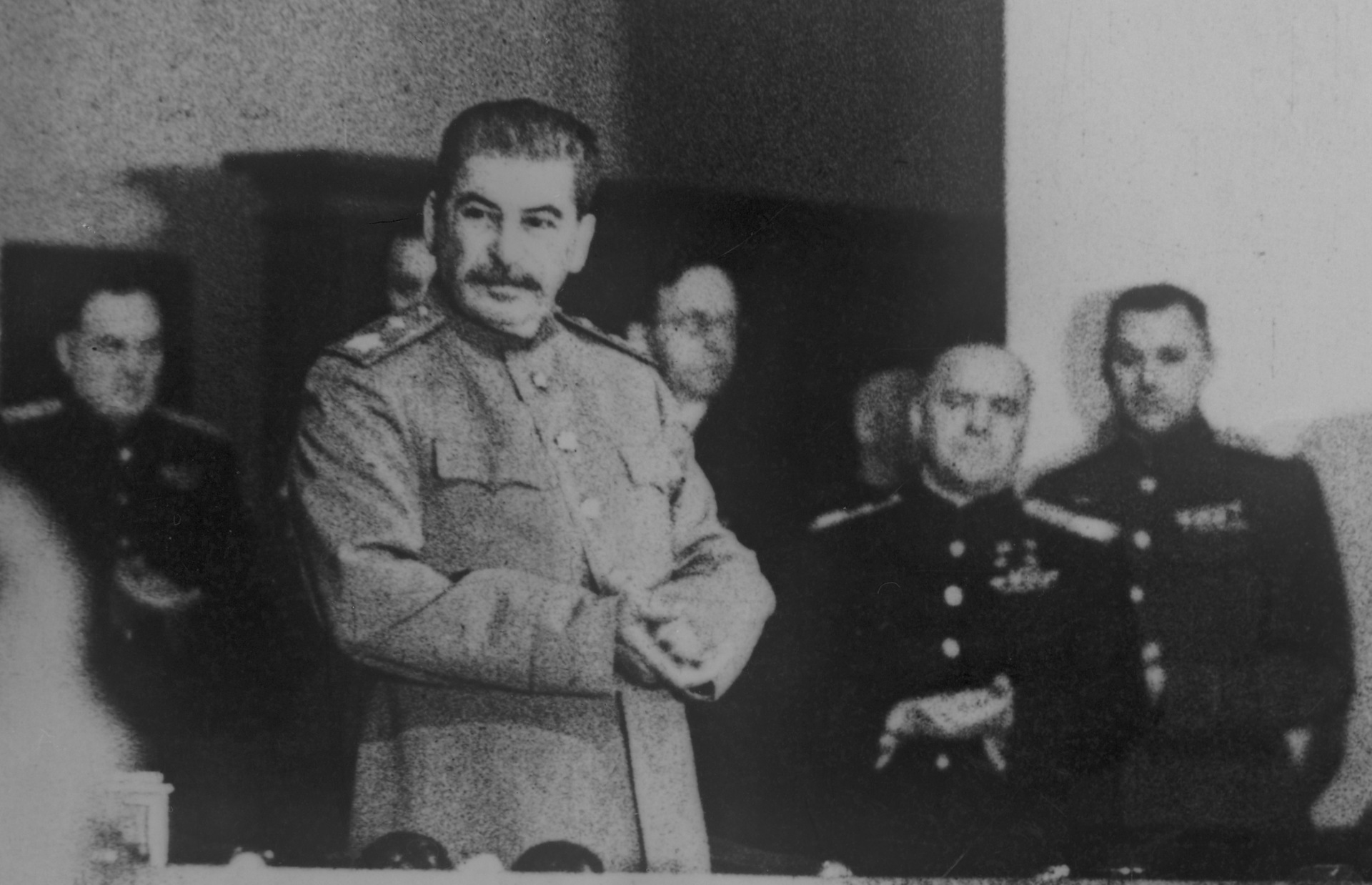 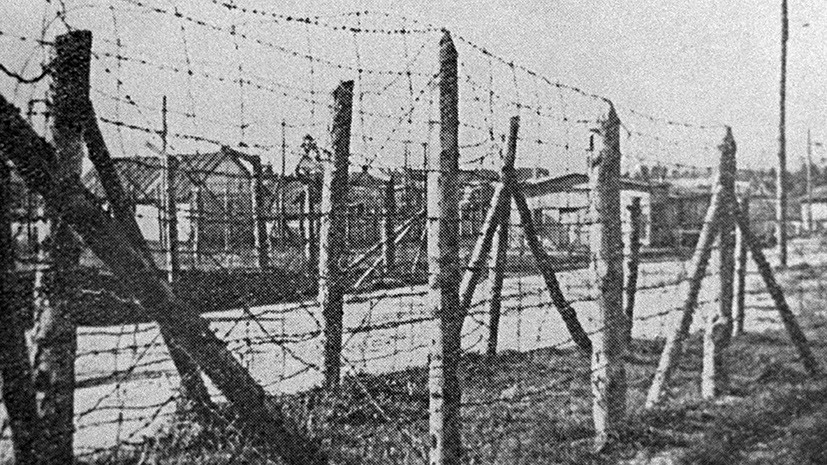 "Step towards the final exile of the Nazis": Russian Defense Ministry declassified documents on the liberation of Riga 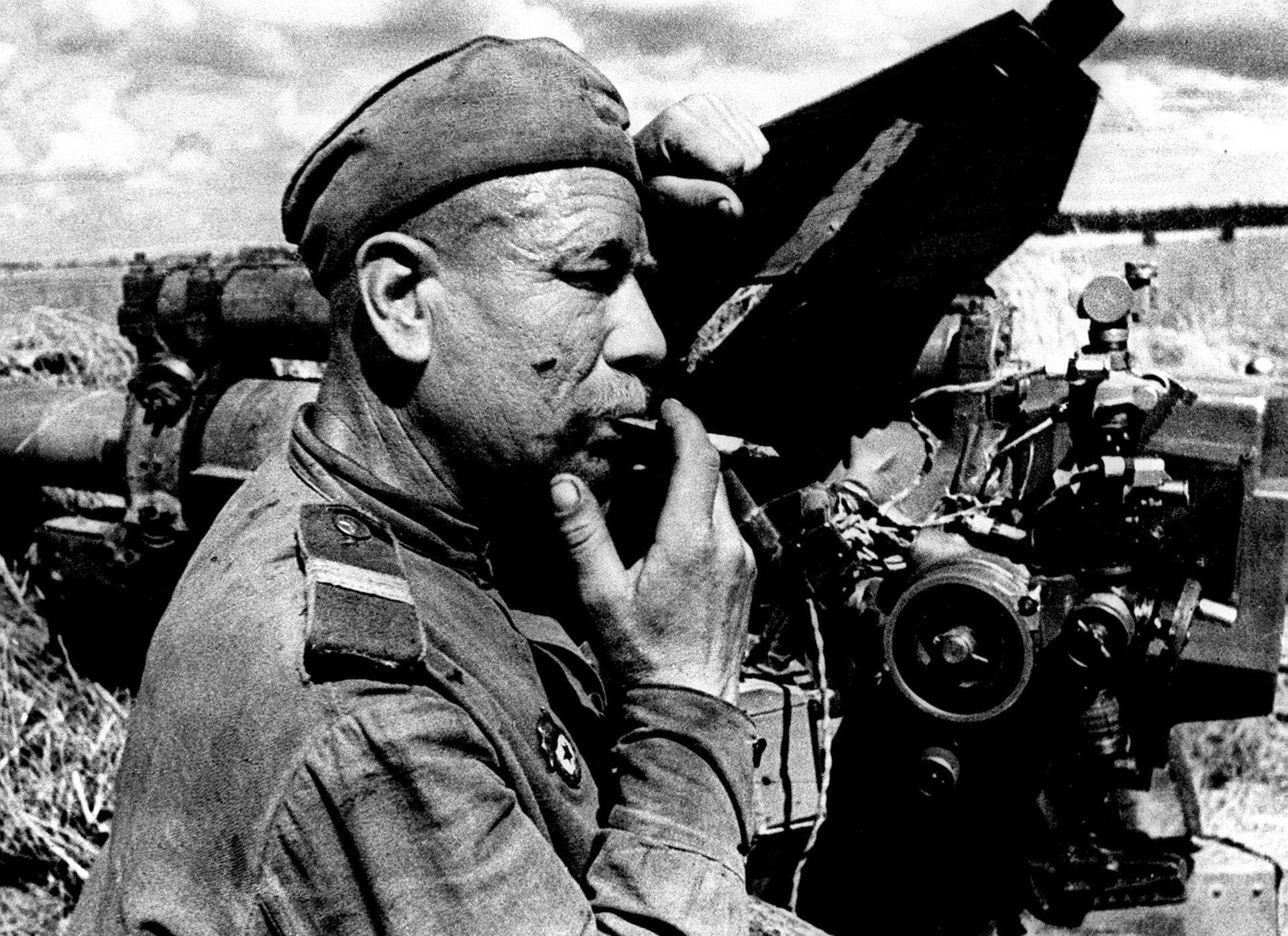 “The key to East Prussia”: the Russian Ministry of Defense declassified documents on the liberation of Kaunas by Soviet troops 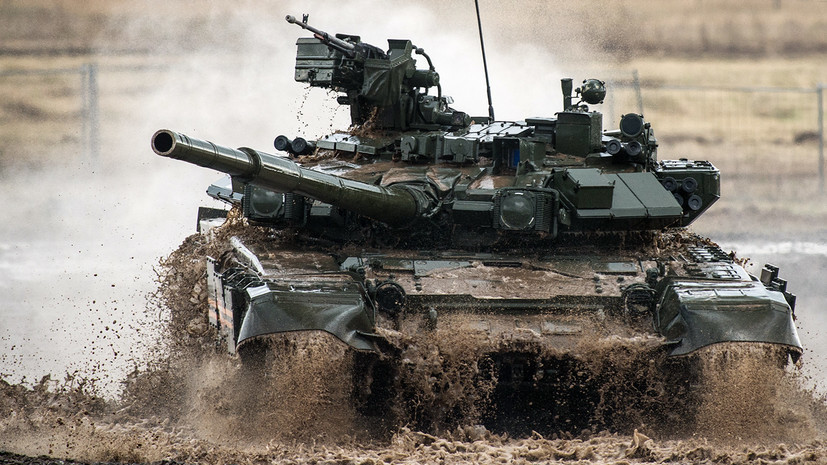 "Unique Design School": what were the results of the modernization of the tank forces of Russia 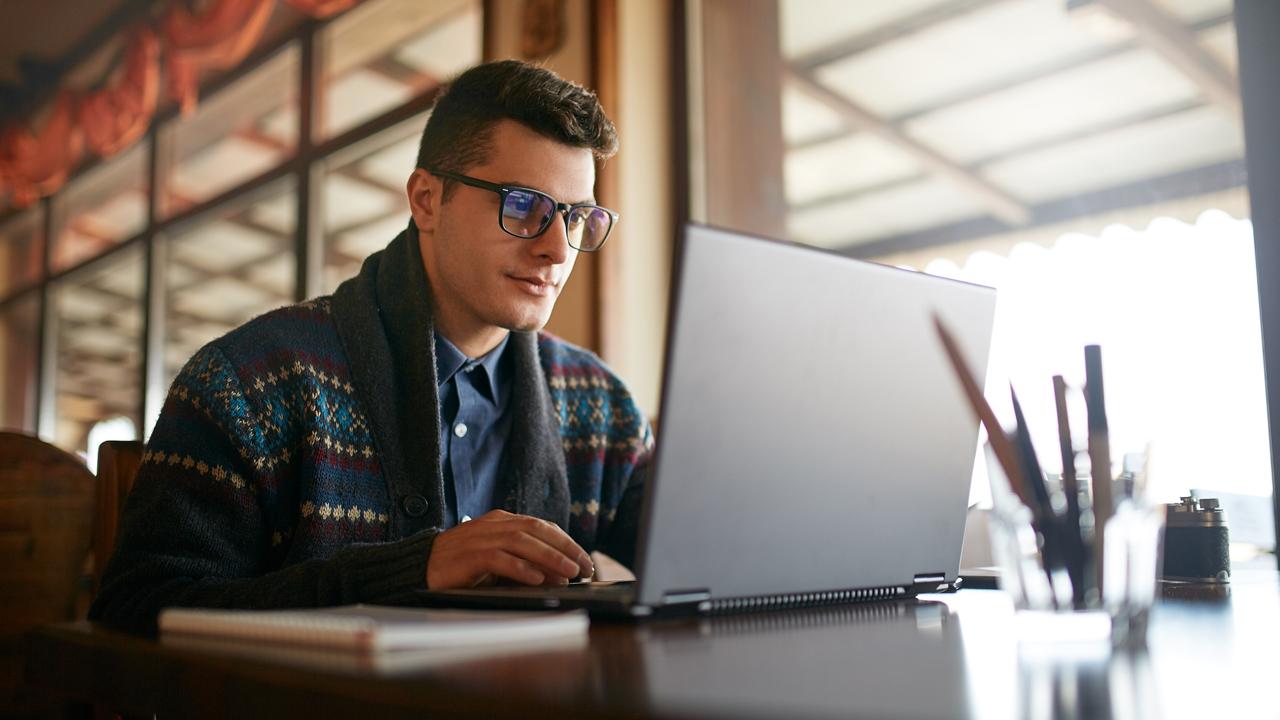 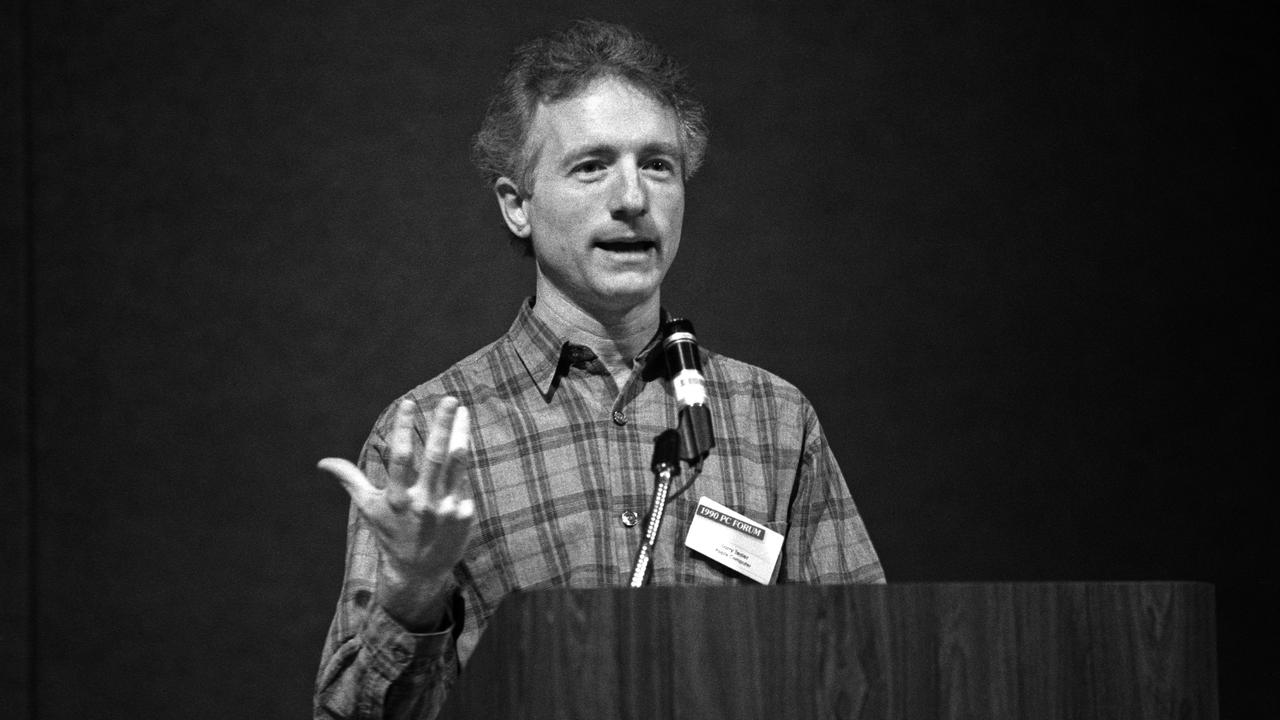 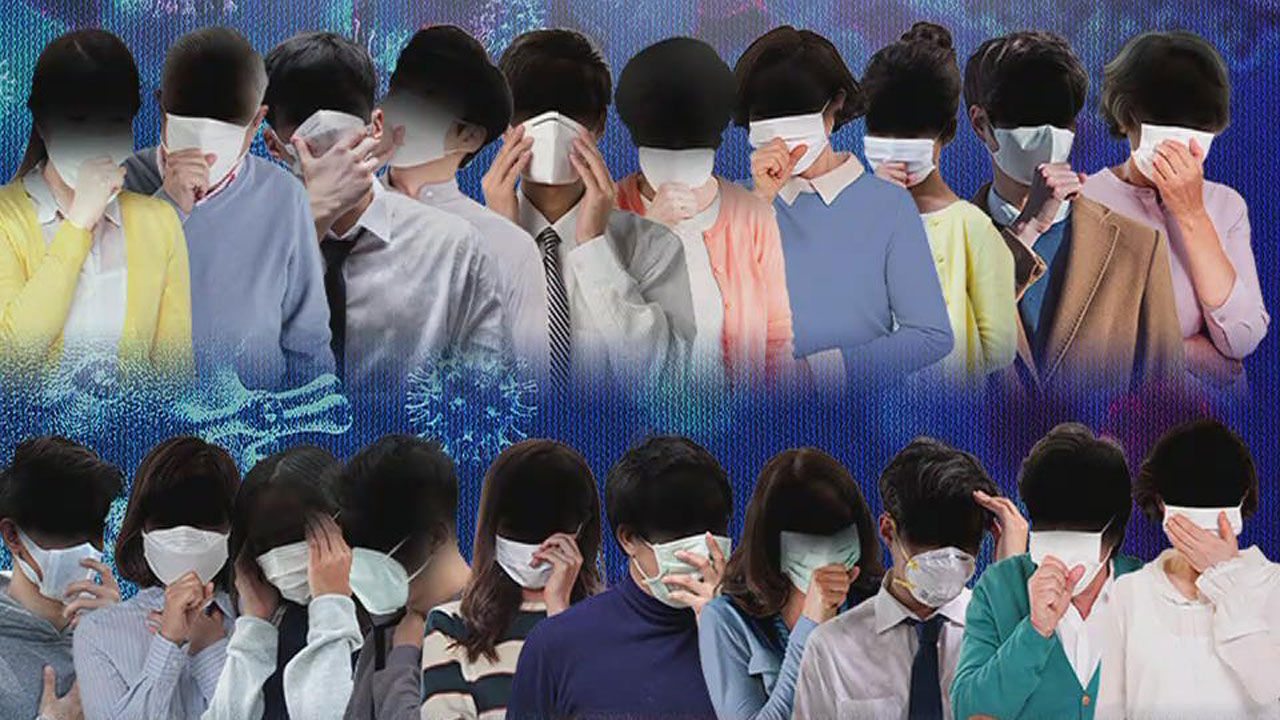 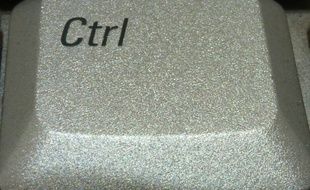 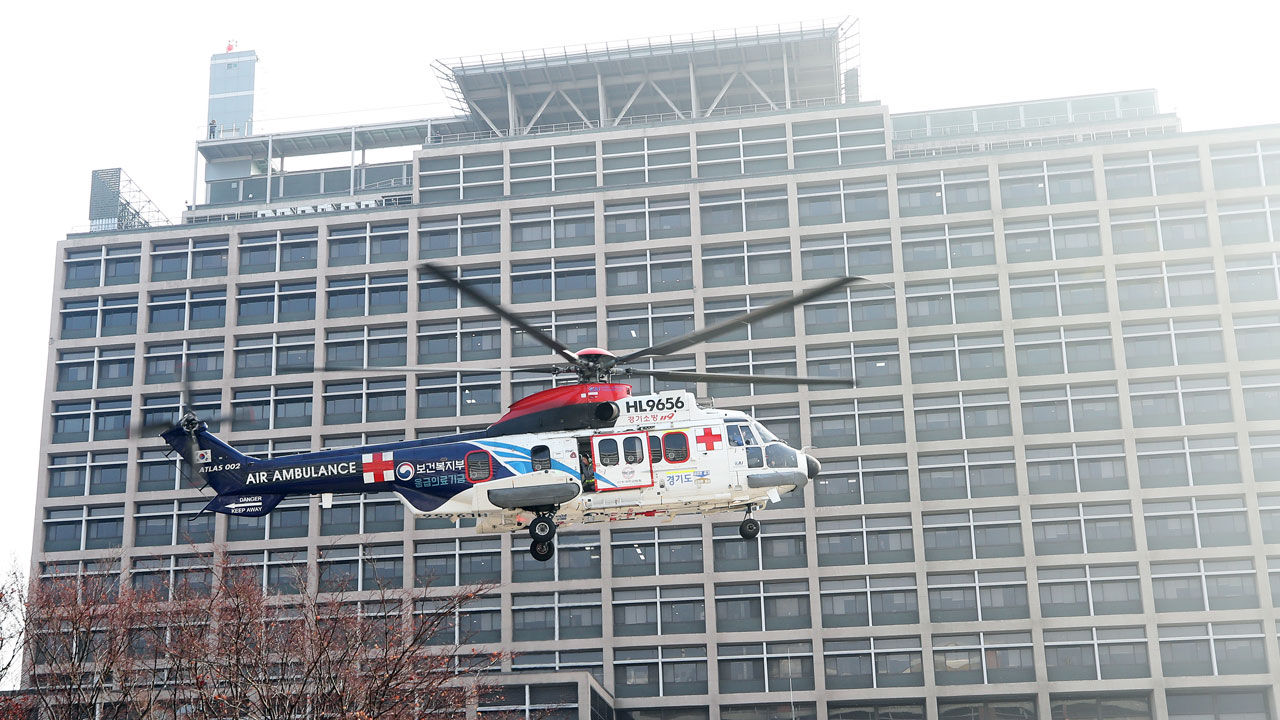 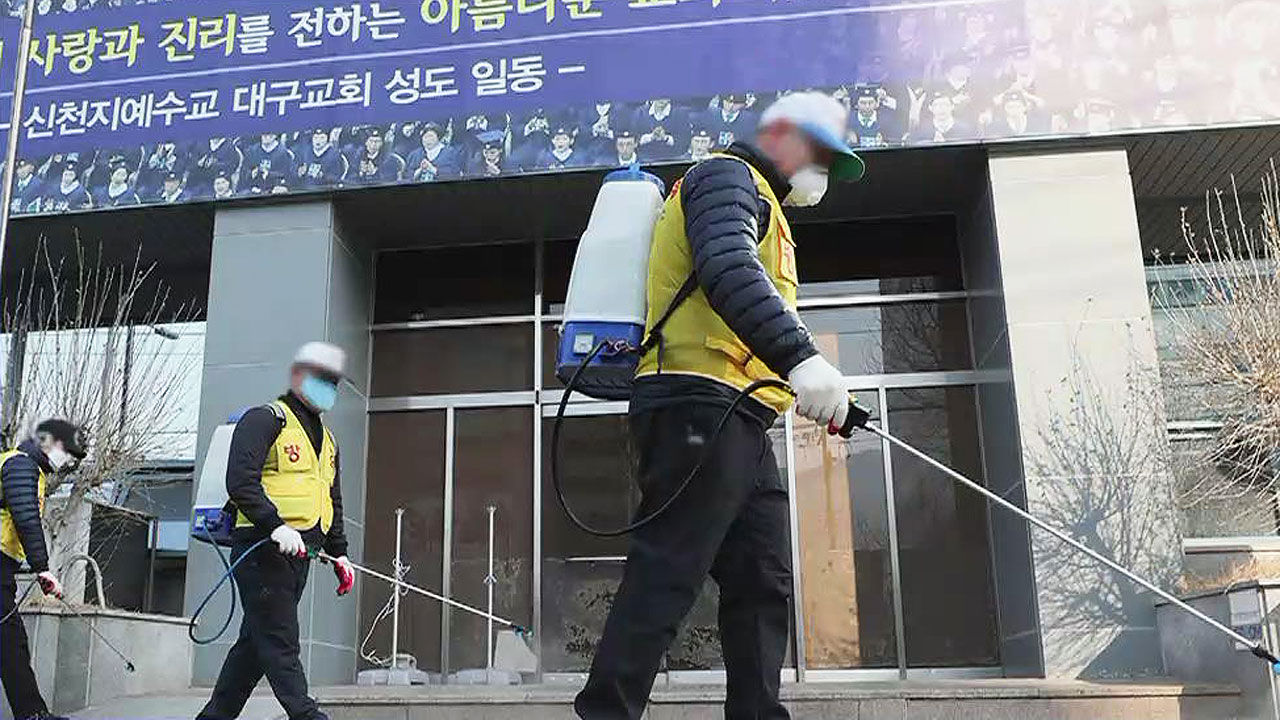 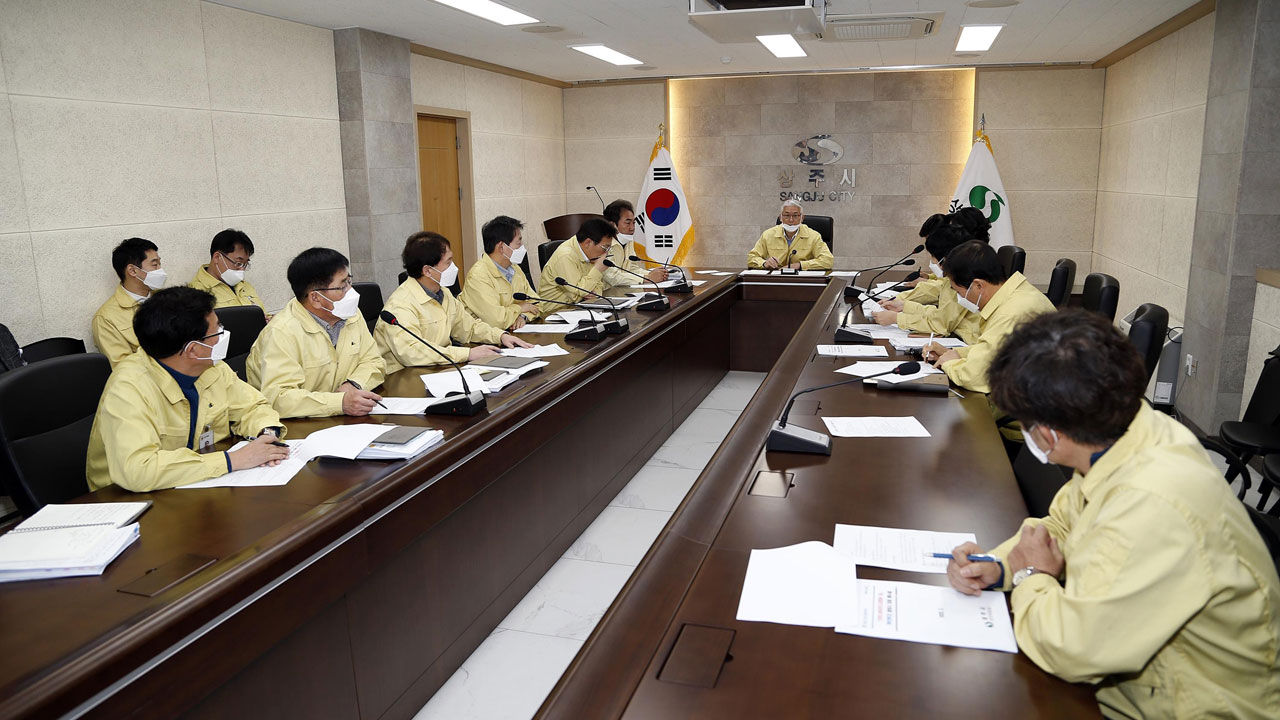 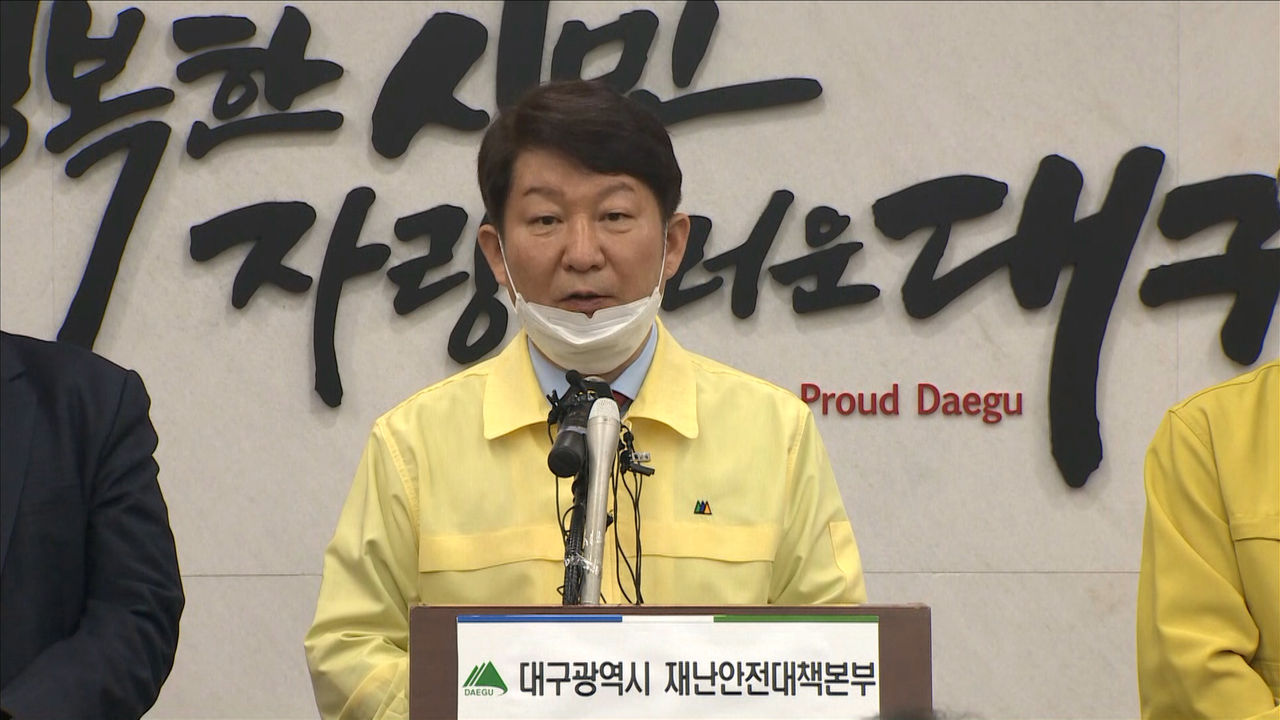 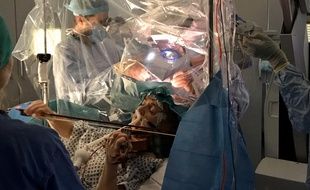 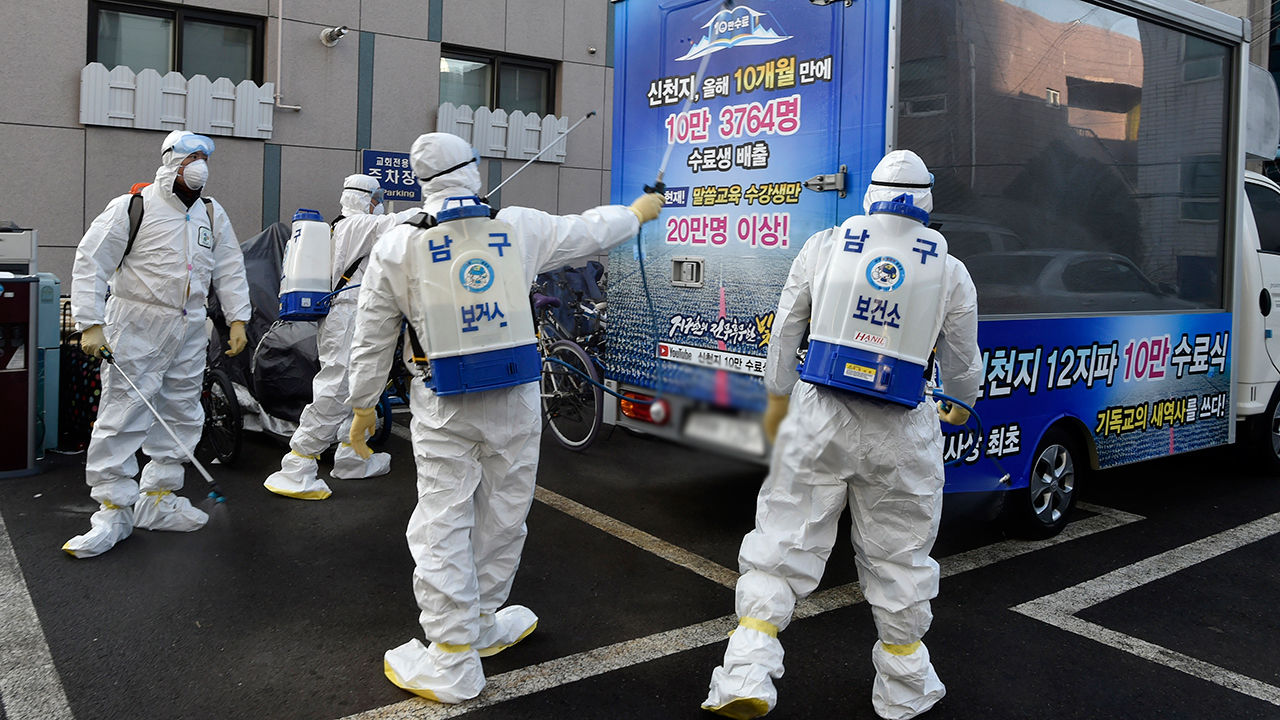 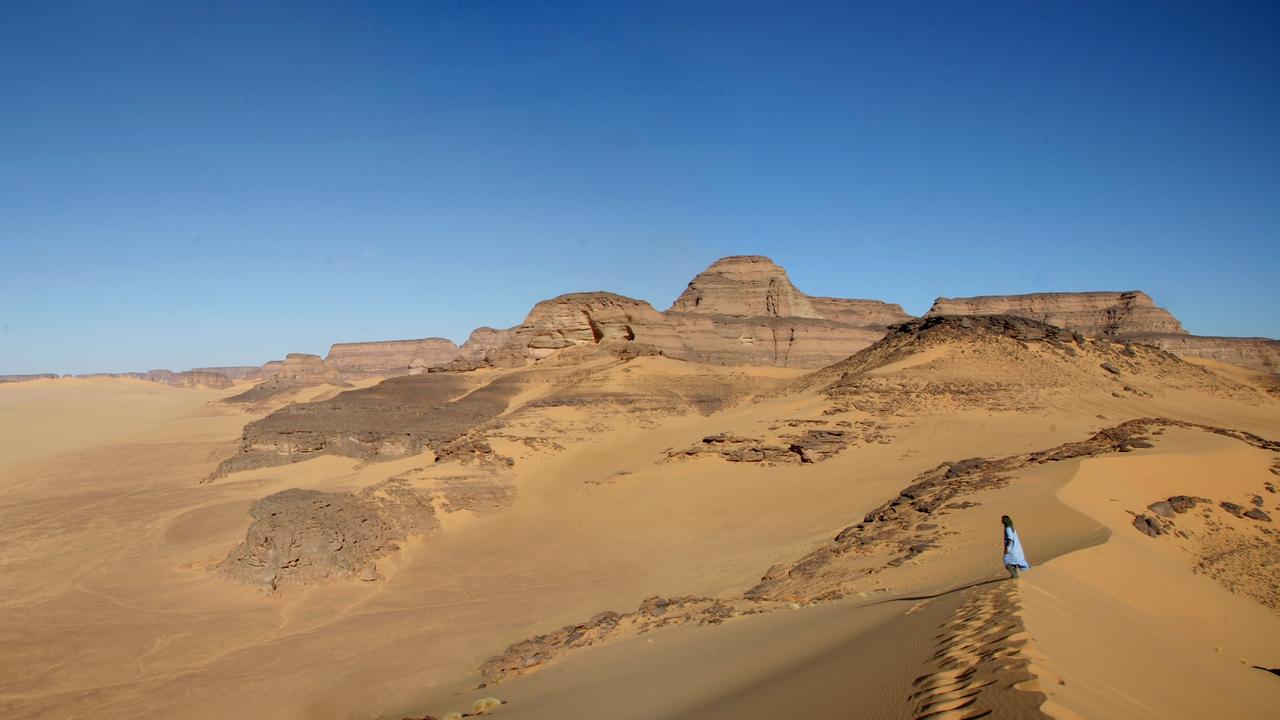 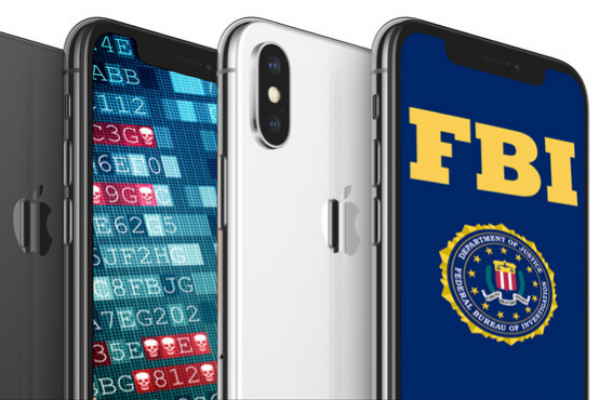