Cooper: "Pop is a vortex chorra in which what counts are the likes

On May 22, Alejandro Díez Garín (Alicante, 1967) announced his farewell to active music. When you get on the stage of the OchoyMedio, it will be the last time the music 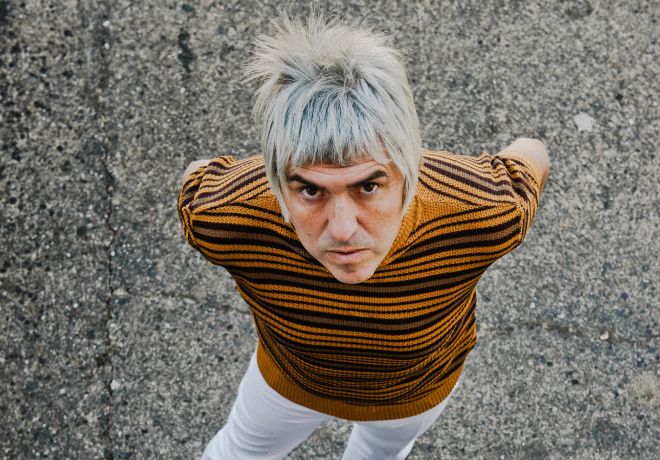 The Spanish pop cult artist, based in León, says goodbye to the stage forever after more than three decades of experience: "I'm not happy anymore"

On May 22, Alejandro Díez Garín (Alicante, 1967) announced his farewell to active music. When you get on the stage of the OchoyMedio , it will be the last time the musician based in León does it. "The reasons are many, all well mixed in a cocktail of common sense. I have already written all the songs I wanted to write. My physical, mental and creative ability is limited. I want to do other things, to get away from the road. I think that we have to leave room for the new bands. I feel out of place in the industry. I feel that my time has passed. Here I am no longer happy, "explains Cooper's leader and, previously, Los Flechazos.

What makes you feel that you no longer fit in? The musical environment has changed a lot and I'm already little interested. It is not laziness, it is disinterest. Between the epic monserga and the gang of "funny" groups, I have been kicked out of this site. I thought that pop had cultural value, that it was a manifestation that linked the playfulness with the spirit of creation of the human being in a young and even inconsequential context sometimes, but sometimes deep, exciting. And not this vortex chorra in which what counts are the likes on Instagram or the number of downloads on Spotify. It is a marketing; I catch myself. They have christened my concerts as "Farewell Tour", but in reality it is a "Turn off and let's go" full-fledged. How have these last concerts gone? We have put together a long and exciting tour, when the truth is that before the announcement we had to lower the modest cache of the group in order to sign a couple of festival appearances and we had nothing else. But I don't say it with regret or resentment. I am a person of exacerbated sensitivity, so I get excited at concerts. I get excited seeing the front row, singing songs that are important to me and seeing that they are also for others. Farewells are like that. But I am a professional of this. And I want to leave a good memory. So I face each concert as it is: a celebration between friends united by a very deep bond. With respect to Madrid, will there be a special repertoire? Surprises? No. No surprise No special song. Quite special is since it is the last.

I feel that my time has passed. Here I am no longer happy. They have baptized my concerts as "Farewell Tour", but in reality it is a "Turn off and let's go" full-blown.

During these months, it seems that you have had to reiterate many times that the farewell is final, given a certain general skepticism. Do you regret the decision? No, no, what's up. From the moment I announced the withdrawal I received a million messages of love and respect and many proposals to give some more concert until the date I had set as the limit of November 9 arrived. My followers would be happy if I backed down, but they know how I am. If in the future I decide to make some wink to the past, it will be addressed to them and only to them, using our codes and our communication channels. The celebration of our nostalgia is not a party to which everyone is invited. I take care of my people, I don't care what those who don't love me think about me. How important was your first group, Opera Prima, in which you joined in the mid-80s? Cat Stevens already said that The first wound is the deepest. In numbers it was nothing more than an anecdote, a beginning. But of course it marked me, it was an experience that helped me focus my subsequent activity. It lasted little, there were some very good songs. It was my first contact with this world. And there was no going back. Although your career as Cooper has been longer, it seems that the repertoire of The Arrows is remembered more. How do you perceive it? I think so too. Time has shown that The Arrows weigh heavily in the memory of that generation, and Cooper not so much. What are we going to do to you ... You have come to say that your group was the largest in the world of the mod scene in the 90s. How do you value your legacy now? After the emergence of Quadrophenia , the jam and the revival mod In the late 70s, the scene returned to the underground world, away from the radar of generalist media. In the 90s there were some amazing bands in our area. The Aardvarks and the Clique in the UK, the Jaybirds in Austria, Bogeymen in France and the Loved Ones in California. And a little more. All of them were cult bands for us but very little known groups outside the mod circuit, without any significance in the music scene of their countries. On the other hand, Los Flechazos went on TV every month, we were touring the whole country, we were selling thousands of albums and when we approached the alternative underworld of the European mod scene and we published two references on the English label Detour, we were instantly the band most selling brand. We played in England, Germany, Italy and France, but above all, we were light years away from the other bands in matters of popularity and media presence in our country. Los Flechazos were a super band. I love everything we did. You also played in the first edition of the IBF, in 1995. Could you have gone further when the indie hatched in Spain? It is true that our commitment and loyalty to the "ideology" mod what he did was strengthen a scene and promote its survival, but we transcend further from our first album, Living in the Pop Era (1988). Our concerts were filled with young audiences that were not mod. They were other times, neither the Caligari Cabinet concerts were full of boys with sideburns and polka dot shirts. Public identification worked at a more spiritual level. We were not in a ghetto. What is true is that the arrival of britpop made us tune in better with contemporary music because, until then, Spain was very rocky, very leathery, bourbon and roll Walk on the Wild Side . And ours was pop. And then the indie scene came from here, the first one, which was very British and very pop, so we felt like fish in the water in that environment. The group ended because it had to end, but I do not think that neither the indie scene turned its back on us or that this possible disinterest towards us made us lower our guard. We were where we had to be, no matter what happened outside our cosmos. As always.With all that of Living in the Pop Era , it sometimes gave the impression that you were locked in a bubble of nostalgia, safe from the real world ... Actually, it is not so. When it was time to go to the University, it would have been very easy to escape to Madrid to discover another universe and have the freedom to do whatever I wanted. But I decided not, that I stayed in León. Because I wanted to be myself here, and that my city would accept me, with my helmet hair and my plaid pants. And modify the reality that surrounded me. And influence to make it better. It was the hard way, but I was what I chose consciously. And look at the one we made. So Georgie Fame's songs sounding in Flamingo are as real to me as Los Cardiacos in the Fleece . And Carnaby Street or the Humid Neighborhood. And George Best or the Cultural. My world is real.

It would have been very easy to escape to Madrid to discover another universe, but I decided to stay in León, because I wanted to be myself here and that my city would accept me, with my helmet hair and my plaid pants.

Among everything you've done, do you have a song, a record, a favorite time? And ... any disc you regret? I don't regret anything, I really like everything I've composed and recorded. I don't like how much I recorded it or the sound result. I think I've had bad luck with the productions. My favorite albums, of mine, are En Acción de Los Flechazos and Mi Universo de Cooper. My favorite songs, known, are I got it from The Arrows and Close Cooper's eyes . And of the less popular, I don't want to see you cry from Los Flechazos and My Cooper Diary. Music has always been very present in your life. What are you going to do now? Well, I have promoted the creation of a foundation dedicated to preserving my work and my legacy in particular and also promoting and promoting interest in pop culture at the social and academic level. It's called Club 45 Foundation, as one of my books. Our headquarters will be in Santa Colomba de Somoza, in the region of La Maragatería, and, from there, we will generate activity and strengthen the relations of pop music with other disciplines such as photography, graphic design, literature, cinema, musical journalism, thought, illustration ... It is an exciting project that, together with my editorial, Chelsea Editions, will fill my life with unforgettable experiences. And, in addition, it will be of utility and interest at a general level. 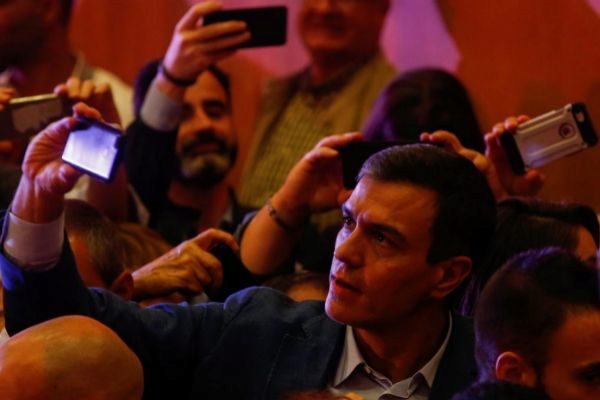 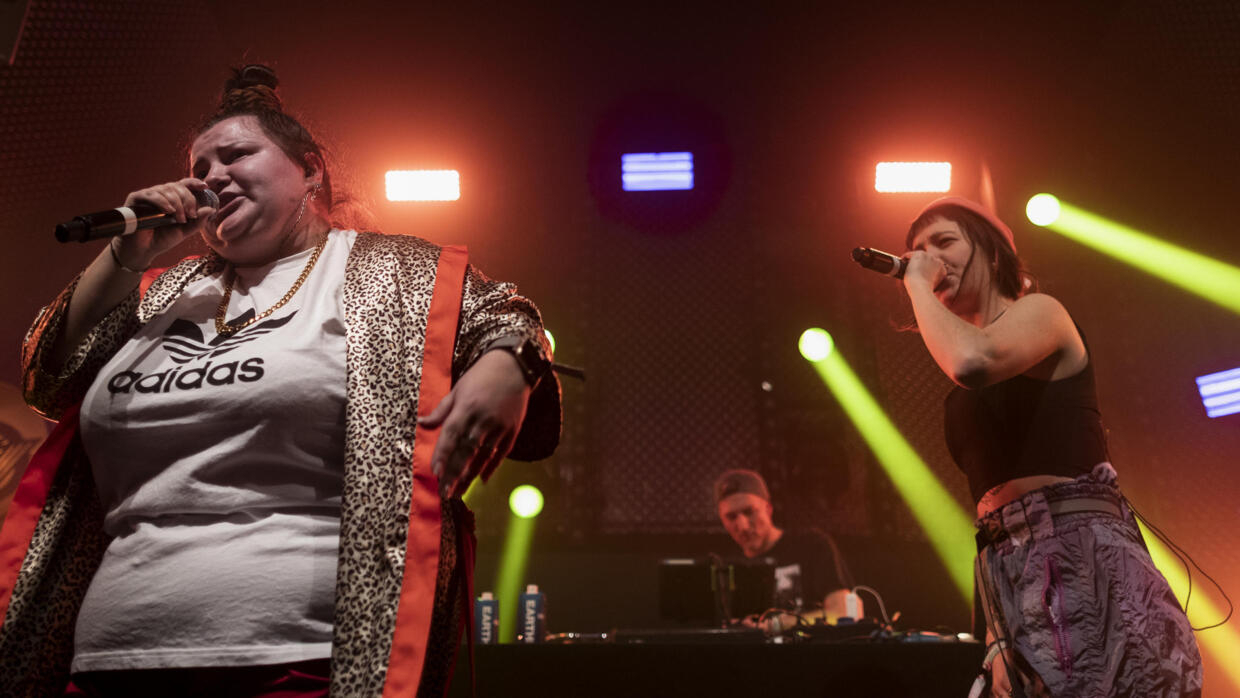 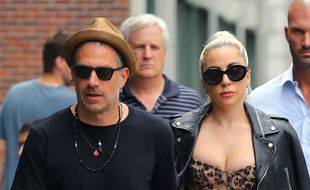 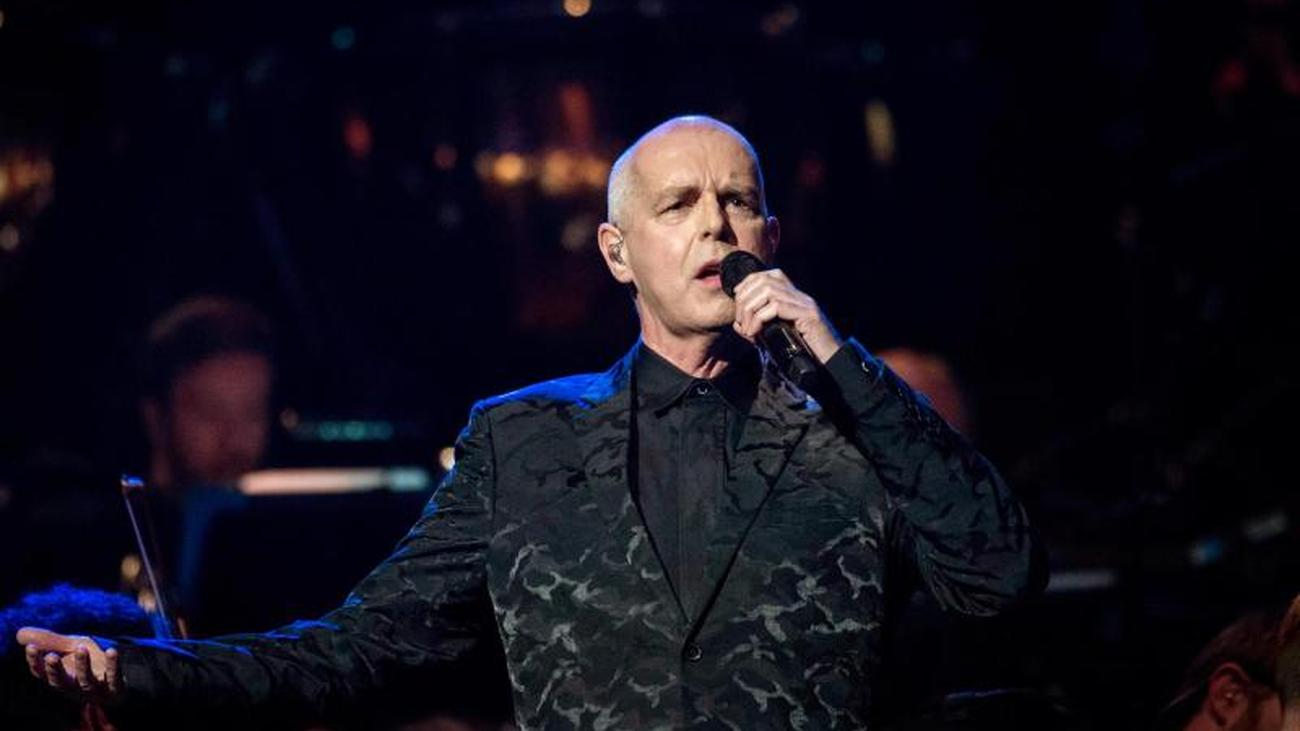 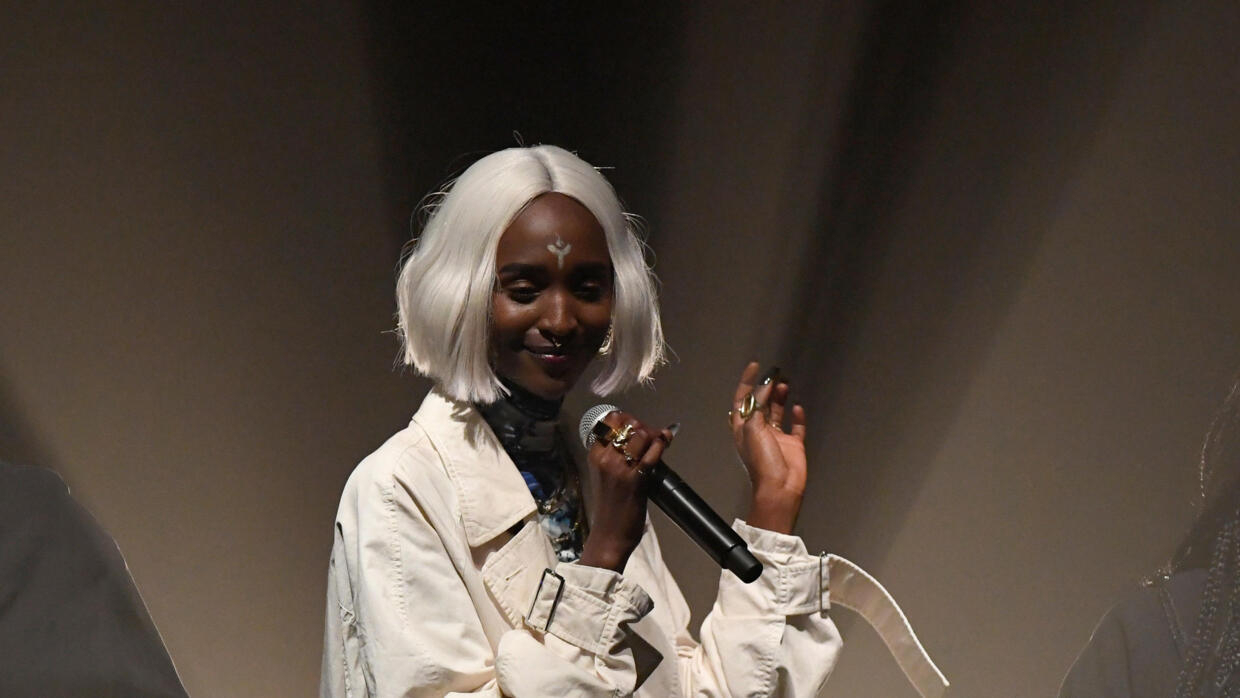 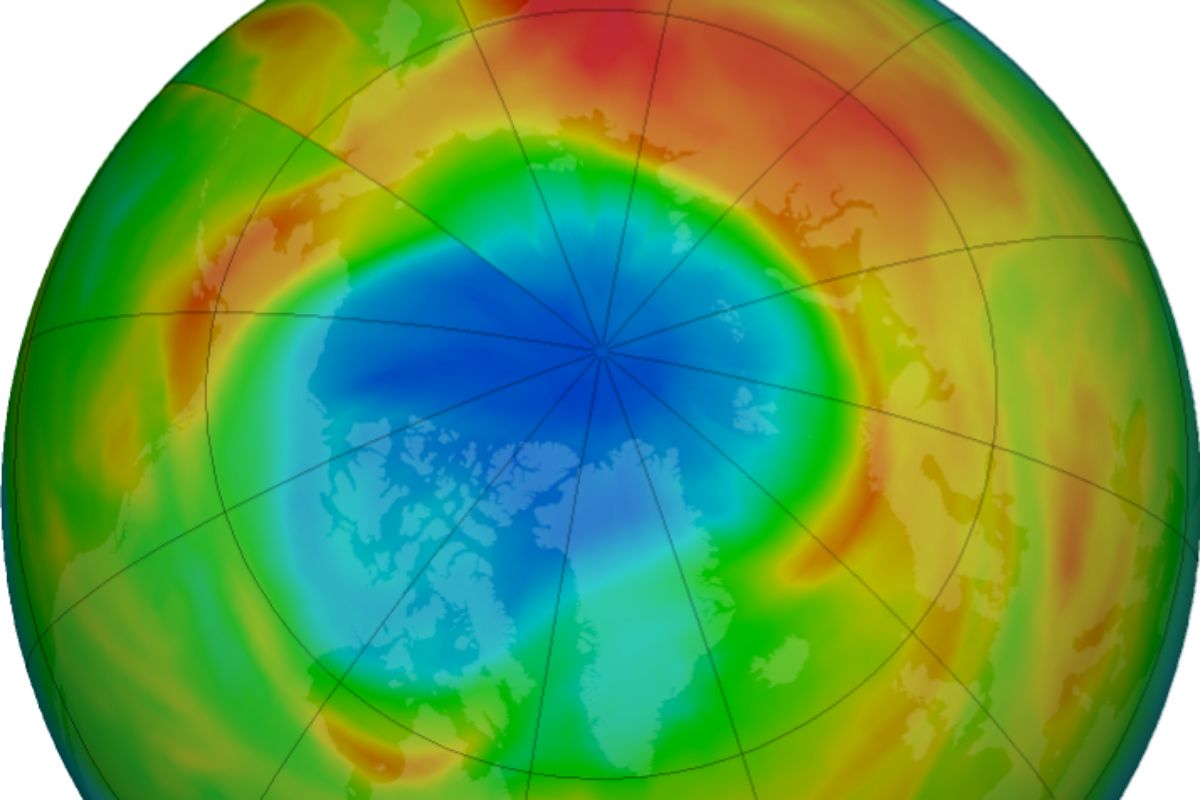