Oriol Antolí, the king of the strange races where there is no finish line and there is only one rule: whoever remains standing wins

You know when it starts, but you don't know when it ends. One Saturday morning he gets together with other runners and they all start running with a single obligation. They have to go a... 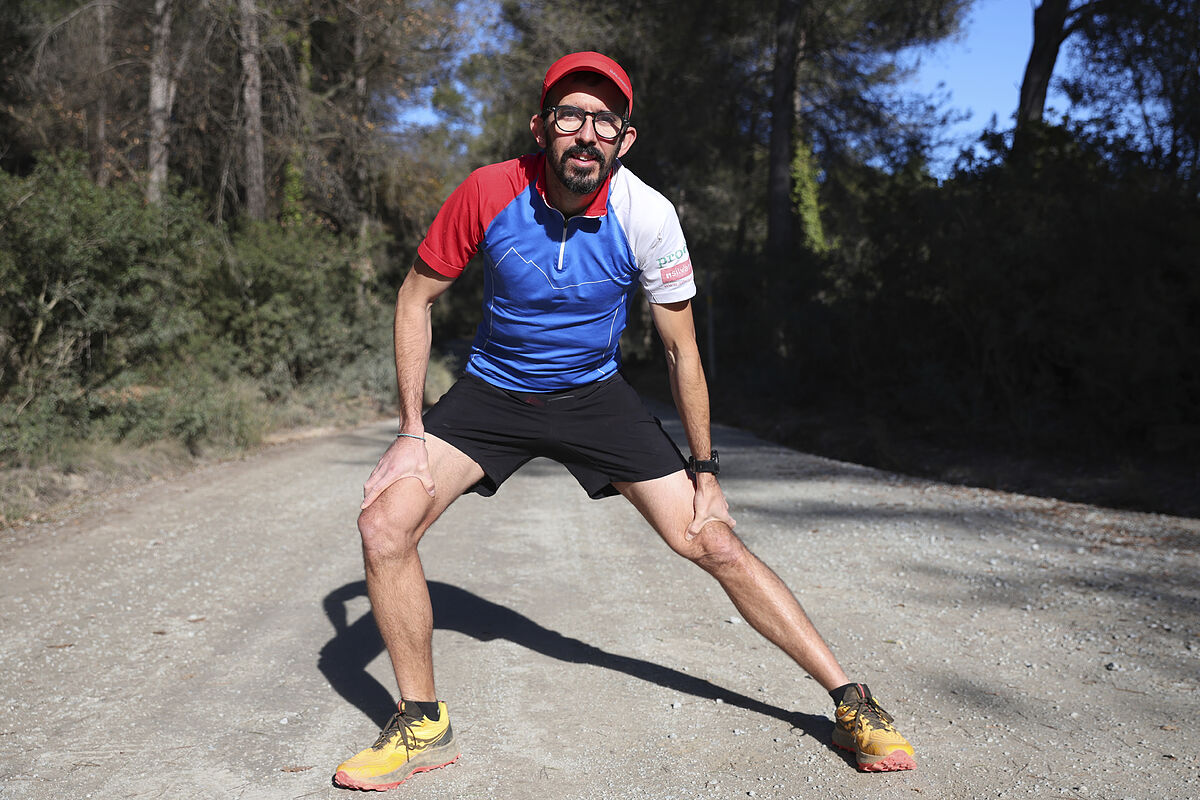 One Saturday morning he gets together with other runners and they all start running with a single obligation.

They must travel a mountain circuit of 6.7 kilometers and every hour, on the dot, return to the starting line.

Every hour, another turn.

is a specialist in this very rare form of athletics, the Backyard ultra races, and in fact he will be the country's representative in the first World Cup, to be held next October in Tennessee, United States.

What leads someone to run so much and do it so strange, with the obligation to go around every hour?

It's something that comes with it.

My story is not very strange, actually.

A few years ago, I lived in Madrid, I played basketball and, in the summer, in preseason, I started running to get fit.

I liked it and I was bitten by the bug: how much can I last?

I decided to take money for the subway and go to the Retiro to walk around until I really couldn't take it anymore.

And I signed up for the marathon.

Shortly after I went on vacation to the Alps, I discovered trail running, the UTMB,

and I was already hooked.

It didn't take me long to do 100 kilometers in the Serra de Tramuntana in Mallorca, then 100 miles in the mountains of Alicante and well...».

The narrative actually ends like this: in 2018, Antolí won the British Monarch's Way, a 990-kilometer race -yes, yes, 990 kilometers- that required more than 12 days of running.

Only the moon remained.

There are some, but the tests of more than 1,000 kilometers are freaky.

So, pandemic through, he began to mount his own challenges.

For example: he linked the three most popular routes in the Catalan Pyrenees, Carros de Foc, Porta del Cel and Cavalls del Vent, in one go.

«Backyard ultra races are a 10-year-old invention of

, a different race organizer in the United States, the same one that runs the Barkley Marathons.

He wanted to do an ultra in the garden of his house, according to what he said, and since he actually lives on a huge farm, it worked out like this: every hour, a 6.7 kilometer lap.

In Spain the phenomenon began recently and I have run three.

In the end you specialize.

I have learned, for example, that doing laps in 52 minutes is good for me.

So I have eight minutes to go to the bathroom, eat, change and even sleep, "says Antolí, known in the world for his feats and for his glasses, unable to put on contact lenses.

Is it really possible to sleep in just eight minutes? The first night, no, impossible.

But on the second night you are more tired and you get it, yes.

You rest for five minutes and you do really well.

At the moment I have not done races of this type of more than two nights, we will see if I need it.

Because the calculation is that in the World Cup things get out of hand.

The world record is held by two Belgians,

, who endured 101 hours, 101 laps, and ultimately decided to retire together.

In Spain, Antolí has ​​never found a rival that forces him to do so much, so he is ready for anything.

De Terrassa, a computer engineer for HP in Sant Cugat, accumulates hours of Excel in which he predicts how much material he will need, how much his rivals will run based on previous races and, among other things, how much and what he will eat.

It is not easy to reach the calories required by such an effort.

"I have never been injured"

Everything to win, yes, but above all to reach this conclusion: "I have never been injured."

«I have always trained at very easy rhythms for many hours.

In fact, it takes me a long time to get back to sleep after these races, that's hard for me, but not physically.

I recently did one and two weeks later I ran a marathon”, concludes Antolí, who does not have sponsors -“they ask me for followers on social networks”- and who dodges the motivational messages that ultra-resistance sports involve.

It gives me a certain calm, I like to see the landscape, but I wouldn't say that it cures me or that it evades me.

Sometimes I go out and I'm thinking about work, you see.

I have a good time running, but it's not my whole life.

If one day I get tired, I'll do something else.