In a crazy atmosphere, Frenchman Clément Noël won his team's first victory this winter in the Alpine Skiing World Cup slalom in Schladming (Austria) on Tuesday evening. The Frenchman made a very good comeback at the end of the second round. 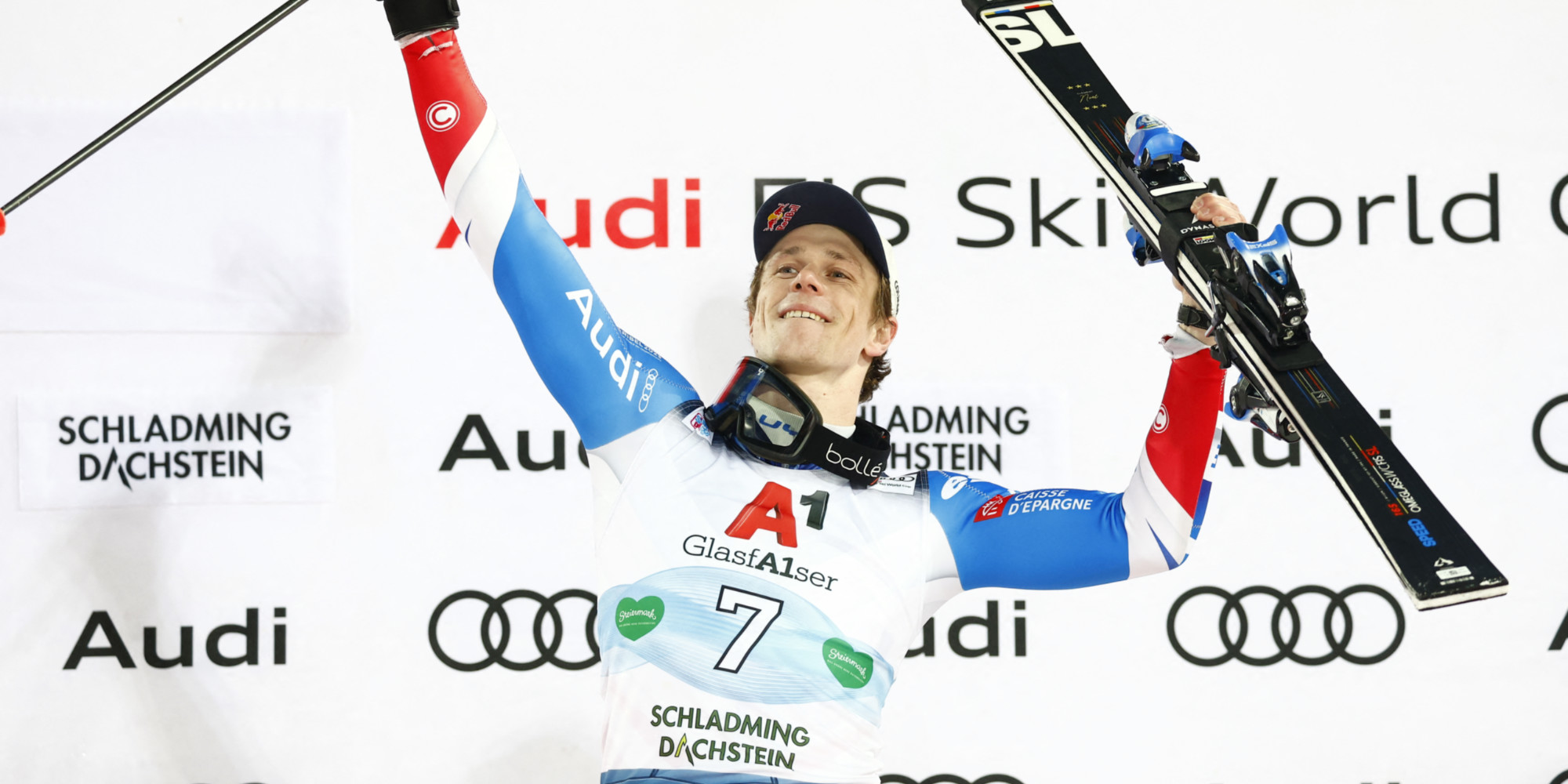 The Frenchman made a very good comeback at the end of the second round.

The Frenchman returned to victory, more than a year after his last success, by flying over the second round of the slalom in Schladming.

The tricolor skier notably cut the wall to send his competitors into the ropes, almost all trapped in this section.

Only 7th in the first layout at 77/100 from the leader Henrik Kristoffersen, he was able to reverse the situation, like his Olympic title acquired last winter in Beijing (6th in the first run).

Thanks to a solid, but imperfect second round, and the errors of a few competitors, the Frenchman notched the 10th victory of his career in the World Cup, the first on the circuit since December 2021, which ends a period of personal doubts. and a worrying shortage for the Blues a few days before the Courchevel/Méribel World Championships (6 to 19 February).

"It feels really good, in the second run I managed to put things in the right order, to be in the fight, in the moment, natural, not to think too much. My skiing was more slender, more fluid, more natural. That's how I have to ski but when you don't have 100% confidence sometimes you can't ski like that," explained the 25-year-old from Vosges in the mixed zone.

Braathen in the lead

"I never really doubted that I had the level to come back among the best, but I was frustrated by this start to the season where everything was coming together in the wrong direction. A bit like last year, so I felt like I didn't learn from my mistakes."

"It erases doubts", he agreed, after a chaotic start to the season (four off the track, an 8th place, a 6th place and a 3rd place).

In the nocturnal madness of Schladming, where the public gathers all around the track, the Swiss Ramon Zenhäusern took 2nd place a breath away from the Frenchman (at 07/100).

Norway's Lucas Braathen, 3rd at 38/100, sparked cries from young groupies after he got the Austrians in the pocket the day before in the bib draw by wearing a fan club T-shirt of local hero Manuel Feller, at the foot of the podium on Tuesday.

Braathen increases his lead in the specialty classification with 41 points more than his compatriot Henrik Kristoffersen, only 11th.

On Wednesday, the skiers continue with a giant in the Austrian resort.