“We have been stewing in our own juice for more than a year”: UEFA and RFU held a working meeting on the issue of lifting sanctions against Russia

Representatives of UEFA and the RFU held the first meeting of the working group on the removal of restrictions on Russia. The parties agreed on the procedure for further interaction and agreed to meet again in February. According to media reports, members of FIFA and the IOC may join the next meeting. Vyacheslav Koloskov called the incident an important signal giving hope for a positive outcome. In turn, Sergei Yuran suggested not to wait for indulgence from international authorities and focus on the development of youth football in the country. And Diniyar Bilyaletdinov suggested how the sanctions will affect the motivation of the players. 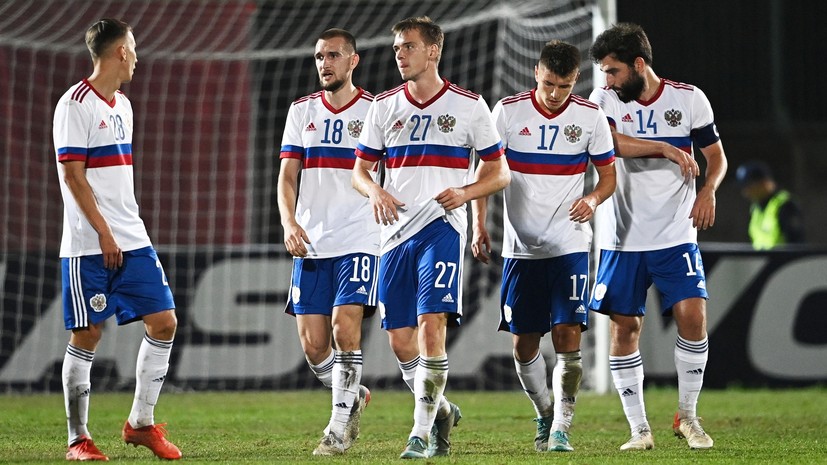 Russian fans have not had too many reasons to be happy lately.

Domestic teams and clubs were suspended from participating in international competitions back in March last year, and it is not clear when the restrictions will be lifted.

In this regard, the first meeting of the working group on this issue with the participation of representatives of the RFU and UEFA in Nyon was a ray of light.

On the day of the event, however, there were disturbing rumors.

British Sky News on the eve of a meeting of the executive committee of the Union of European Football Associations reported that the organization is going to extend the suspension in connection with the ongoing SVO in Ukraine.

In addition, according to the publication, Russia will lose the right to host the match for the UEFA Super Cup, which was to be held in August in Kazan.

But immediately after the end of the event, the RFU summed up more encouraging, although not breakthrough results.

“The parties agreed on the procedure for further interaction and agreed to continue contacts.

The next face-to-face meeting with the participation of representatives of the RFU and UEFA will take place in February, ”the federation’s communications service said in a statement.

Moreover, according to Sport-Express, high-ranking FIFA and IOC officials should join the next meeting.

And the source of the "Championship" stressed that the guests from Russia were given to understand: they are still members of the European football family, and the issue of the gradual lifting of sanctions must be addressed.

The return to the international arena could allegedly begin with the women's and youth teams.

According to the honorary president of the RFU, Vyacheslav Koloskov, the dialogue that has begun between organizations is a positive signal, indicating that both parties are interested in resolving the current situation.

According to him, only people who are far from football could count on more concrete steps and the lifting of sanctions at the moment.

“It will take a lot of hard work for us to get everything back to normal, because we understand what level of organizations made suspension decisions last year.

Now representatives of the RFU have received specific recommendations from UEFA, according to which they will work.

I emphasize that this is a very, very good result, which allows us to hope for an overall positive outcome, ”the functionary emphasized.

In turn, the well-known coach Sergei Yuran also noted that hardly anyone in the country hoped for a positive verdict from European officials.

“Initially it was clear that Russia would not be allowed to play anywhere.

Did anyone really expect UEFA to lift the sanctions?

All this can last incomprehensibly how long - a year, two, three, four, and so on ad infinitum.

Nothing is known, ”the specialist said in an interview with RT.

In his opinion, in the current circumstances, first of all, you need to do your own thing: develop youth football and focus on young players.

“The problem is that for many years in Russia everything was tailored for legionnaires, and schools were treated according to the residual principle.

Now we cannot find a left-back for the national team and are forced to naturalize foreigners.

Listen, after all, we are not Switzerland or Luxembourg to take such a step.

Russia has a population of 140 million people.

And while sanctions are imposed on us, we need to pay attention to this,” Yuran stressed.

The coach noted that this season a large number of players got the opportunity to show themselves in the RPL - and took advantage of it.

He is confident that the current trend will continue in the future, which means that more efforts should be made to develop the current talented generation.

At the same time, Russian football should by no means be stewed exclusively in its own juice.

According to Yuran, the RFU should definitely organize joint tournaments with other countries, for example, Belarus, or with Asian states like Iran, the United Arab Emirates and Qatar.

“It would be great to hold a joint competition at the stadiums built for the World Cup.

I think they won't mind.

The only way out is because they don't want to see us.

But we are still a great power and should not sit and wait for pardon and ask for mercy.

If they don't want to let us in, they would go farther.

We must move forward at the expense of the countries that are friends with us.

If we manage to hold two such tournaments a year, it will be great.

But in any case, football players should be able to compete at the international level, ”said the interlocutor of RT.

Koloskov, in turn, agreed with the need for match practice for the national team, but noted that the RFU's ability to organize such competitions is limited by the international calendar.

“We can’t just hold some kind of tournament, but there are friendly matches.

We must take advantage of all opportunities.

We have good relations with South Africa, Egypt, Tunisia, Morocco.

It all depends on whether the leaders of football organizations manage to reach agreements, ”the expert noted.

In conditions of international isolation, the issue of motivation of football players plays an important role.

According to Diniyar Bilyaletdinov, it is unpleasant for athletes to realize that they are stewing in their own juice and do not have a chance to declare themselves in European competitions.

At the same time, they are mostly deprived of the opportunity to go to foreign championships, since rare teams in the current situation are ready to invite a Russian player.

“It all depends on what goal each individual person sets for himself.

We have people who would like to try themselves abroad in less hothouse conditions, but, to be honest, there are very few of them.

To be honest, we have been stewing in our own juice for more than a year.

Now the RPL level will drop even lower.

Players will have to decide for themselves how to move forward and progress.

And until sanctions are lifted from the country, Russians will not be in demand anywhere, ”said the bronze medalist of Euro 2008.

He assured that the decision to change the club is not always connected with a financial issue - the quality of football in the country also matters.

According to Bilyaletdinov, any footballer, first of all, is eager to win something, perform at the highest level and attract attention.

“It remains only a lot of work.

Yes, there are a lot of rumors now about the interest in Russians in Turkish clubs, but high-quality performers in the RPL are piece goods.

And, by and large, there are not so many players who could strengthen strong local teams.

Perhaps proposals will indeed come, and everyone must weigh for himself whether he should try himself in a new country or not, ”concluded the former athlete.