Demands to reduce the foreign league .. and stop wasting money

Athletes and technical analysts criticized the preference of the ADNOC Professional Football League clubs for the club’s idea of ​​attracting foreign and resident players to play in its ranks in return for marginalizing the national players, although these clubs receive estimated financial support from the state, which they can harness in developing and 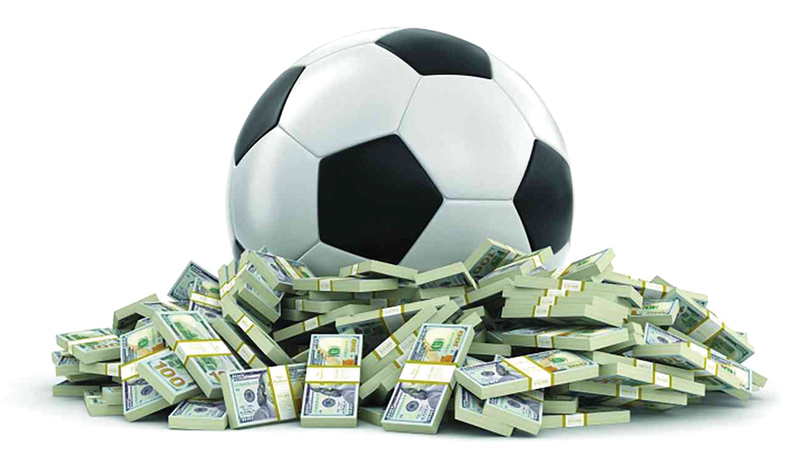 Demands to reduce the foreign league .. and stop wasting money

Athletes and technical analysts criticized the preference of the ADNOC Professional Football League clubs for the clubs’ idea of ​​attracting foreign and resident players to play in their ranks in exchange for marginalizing the national players, although these clubs receive financial support estimated by the state, which they can harness in the development and development of talents, noting that the large expenditure In the clubs, he did not have results or a positive impact on Emirates football, as evidenced by the recent results of the national team in the 25th Arabian Gulf Cup, which concluded in Basra and crowned the Iraqi national team title, while Al-Abyad was eliminated from the first round, after it was directly affected by the presence of large numbers of foreign players and residents in Club ranks at the expense of the citizen player.

And they told «Emirates Today»: «The time has come for the clubs to properly direct the financial disbursement by heading towards developing the national talents of the players, and working to develop them instead of spending this money without having any positive impact on the results of Emirates football, whether on the At the level of the national team or clubs during their foreign participation.

The athletes interacted with the speech of His Highness Sheikh Dr. Sultan bin Muhammad Al Qasimi, Member of the Supreme Council and Ruler of Sharjah, to the “Direct Line” program on the “Sharjah Sports” channel, where His Highness said: “We spend on clubs to fill the youth’s time, and we find them contracting with foreigners and my children outside the clubs.” .. And we feel as if the citizen player is fighting by increasing the number of foreign players .. I want the clubs to take care of my children, even if they do not achieve results.

It is noteworthy that the Professional League decided before the start of the current football season to raise the number of foreign players in each club to five instead of four players.

The former Assistant Secretary-General of the Football Association, Imran Abdullah, stressed the importance of tight coordination, and that the entire system, including clubs, the Football Association, sports councils and the General Authority for Sports, work to develop a plan and controls for the issue of foreign players and residents with the participation of specialists and experts in this field, stressing that "The state spends large sums of money in support of clubs in order for it to in turn direct it properly in terms of spending on the process of developing national talents instead of spending large amounts on foreign players."

Omran Abdullah added, "The speech of His Highness, the Ruler of Sharjah, is aimed at the public interest, and the success of the Football Association is a success for all Emirates football."

For his part, Dr. Salim Al Shamsi, a member of the Board of Directors of the Football Association and former head of the Players’ Status and Transfers Committee, said: “Although clubs receive large financial support, they do not direct it properly in order to develop and develop national talents,” noting that “there are clubs It has already preferred the ready option from foreign or resident players, while marginalizing the citizen player through its own interests that do not serve the interest of Emirati football.

He added, "Currently, about three years have passed since clubs should have looked for players born in the country and developed them, instead of going to ready-made players."

Salim Al Shamsi pointed out that "the speech of His Highness, the Ruler of Sharjah, regarding directing financial spending in the development of talents serves the sport and football of the Emirates, and is in the public interest."

And he continued, “The clubs should have adhered to the law issued in this regard regarding the resident player without distortion, which is to attract players who actually reside in the country or were born in the country.”

In turn, the players’ agent, Adel Al-Amiri, said: “The issue of financial spending is something that exists in all aspects of life, and spending on sports is present in all countries of the world in order to develop for the better in all fields, but this spending must be directed properly,” stressing that "The first and last concern must be the national team, so that football talents are presented to the UAE national team, leading to a strong team that honors UAE football."

Adel Al-Amiri added, “The hadith of His Highness, the Ruler of Sharjah, regarding the financial disbursement of clubs and directing it towards developing talent and focusing on the citizen player instead of foreigners and residents should be an approach to remedy the problem, since His Highness’s hadith carries a national dimension, and if we build on this thought, I bet We will see, in a short period of time, the building of a strong team.”

• There are clubs that prefer the ready option of foreign or resident players.

• The large exchange in clubs did not have positive results or impact on Emirates football.

• 140 foreign players and residents representing the 14 clubs in the Professional Football League.

• 10 foreign and resident players present in each of the professional clubs.

• 8 players (foreigners and residents) are allowed to be registered in the match list.

• A maximum of 6 players (foreigners and residents) are allowed to be on the field.