Norwegian Henrik Röa crashed badly at the finish line in Kitzbühel, Austria, in today's downhill race. The alpine skier had to be taken to hospital by ambulance helicopter. - Really nasty crash in front of the large crowd here in the finish line, says SVT's commentator Johan Ejeborg, who followed the competition on site. 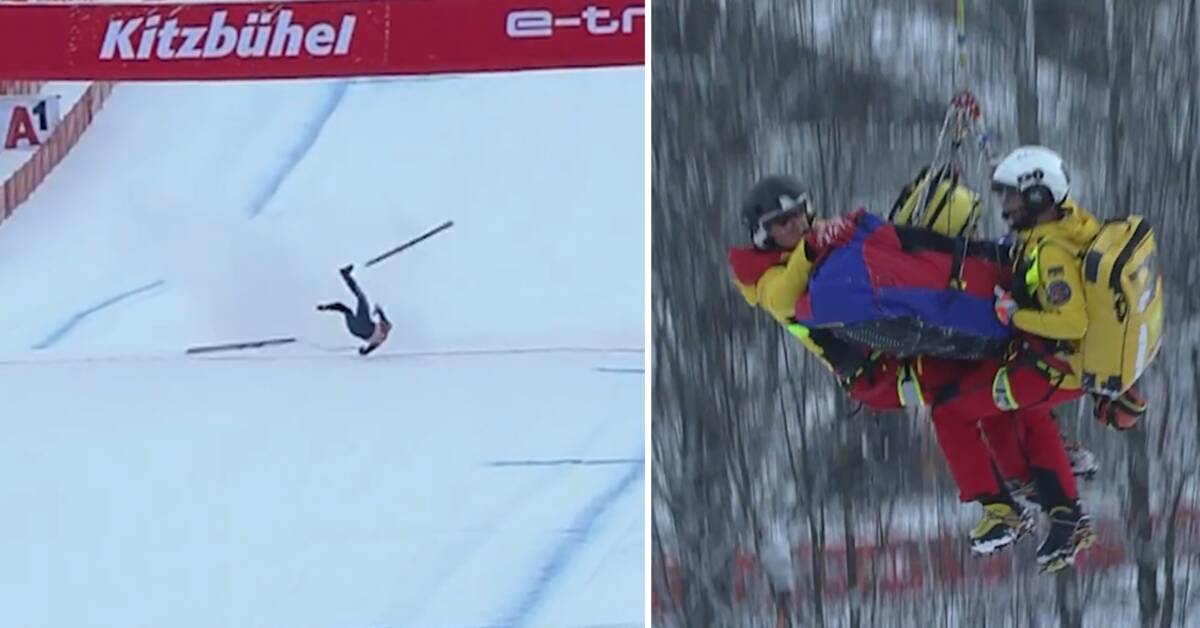 The Norwegian Henrik Röa, with starting number 48, made it all the way to the finish and was 2.6 seconds behind the leader and the Austrian Vincent Kriechmayer.

- He does a split, the left ski grabs the snow and he gets a twist on his right leg.

You can see that the right leg has a strange angle, a feared bone fracture on the right lower leg, says SVT's expert Pernilla Wiberg.

Medical personnel were quickly on the Norwegian's side and it has now been established that he has suffered a broken leg.

He has been taken to hospital for further examination.