The same goals as Pele, but nothing else to compare him to the legend fighting for his life. Any. Neymar added 77 goals at the moment he thought he had taken a step... 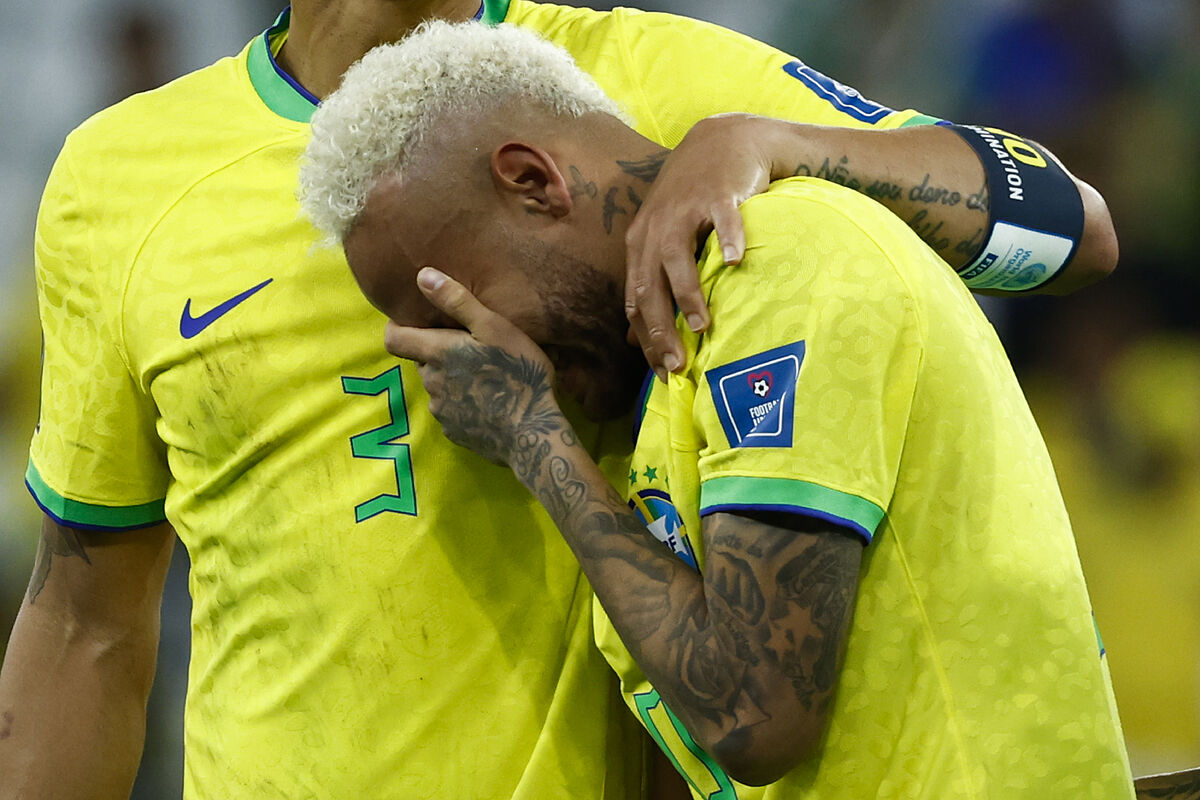 The same goals as

, but nothing else to compare him to the legend fighting for his life.

Neymar added 77 goals at the moment he believed he had taken a definitive step towards a place he has never been: the semifinals of a World Cup.

The prelude to glory denies the passage to this footballer who will never feel complete.

Brazilians or Argentines cannot understand each other without this title, which is the history of their football.

Neymar, if his licentious life allows it, has an opportunity left.

In the tournament that will be held in the United States, Canada and Mexico, in 2026, he will be 34 years old.

, his nemesis and executioner, is 37. It is possible but it is necessary to change.

"My head is still hot,

. To say that it's the end would be rushed. I don't close the doors, but I don't guarantee anything either," he said later in the mixed zone after the match.

"It's hard to assimilate,

. This loss is going to hurt for a long time, that's why I'm sad. Now we have to go home, grieve and suffer," he added.

The tears of frustration are not the first time that they appear on Neymar's face with the 'canarinha'.

In Doha, he was unable to contain them, while he was comforted by all his teammates.

, who had missed the last penalty.

No one feels failure like someone who was called to a great work in football.

He has won the Champions League, leagues and money, a lot of money, but for his people you have to do it with another shirt.

Even when Brazil won a Copa América, Neymar was injured.

"We are sad. The whole team gave their best and we are angry at this way of leaving. We had the victory in our hands and it slipped away from us," said

, the only one who seemed to be more whole when he left the Education City pitch.

Neymar was surrounded by his own, like a son he protects himself.

Croatia has fired him from Qatar and Croatia gave birth to his World Cup baptism, in 2014, on his land.

had called him up, in his first year as a Barcelona footballer, and his explosion was expected.

Neymar did not disappoint in his debut, with two goals, one from a penalty, in the victory over Modric (3-1).

Brazil moved forward, overcame a tough round of 16 clash with Chile, one of the executioners of champion Spain, and met Colombia in the quarterfinals.

During the game, Neymar received a blow to the back from

that he fractured a lumbar vertebra.

They were the first tears with Brazil.

The second was spilled by watching his teammates fall in the semifinals against Germany 1-7, a second 'Maracanazo' away from Maracana.

Whether or not Neymar will have another opportunity will depend on his progression from now on.

Continuity at PSG seems assured, but the footballer's instability, personal and sporting, makes him unknown.

Neymar is one of the publicity images of Qatar, which will end the World Cup without one of his claims.

"It's hard to explain, but despite the sadness, life goes on and we have to raise our heads," he said.

"In the next World Cup I will no longer be able to lift the Cup, at least as a player. Perhaps in the future in another position."

Neymar, for now, does not question it, he just cries.

Tite said goodbye to the Brazilian team with a "painful defeat."

He assured that he is leaving "in peace" with himself for the work done in his six and a half years in command of Brazil.

"End of the cycle," announced the 61-year-old coach at the press conference.

The coach had already announced in February that he would leave the technical direction of the five-time champions at the end of his participation in Qatar.

He took over in June 2016 following