Leo Messi couldn't take it anymore. While his teammates celebrated qualifying for the World Cup quarterfinals like never before after beating the Netherlands in the round of ... 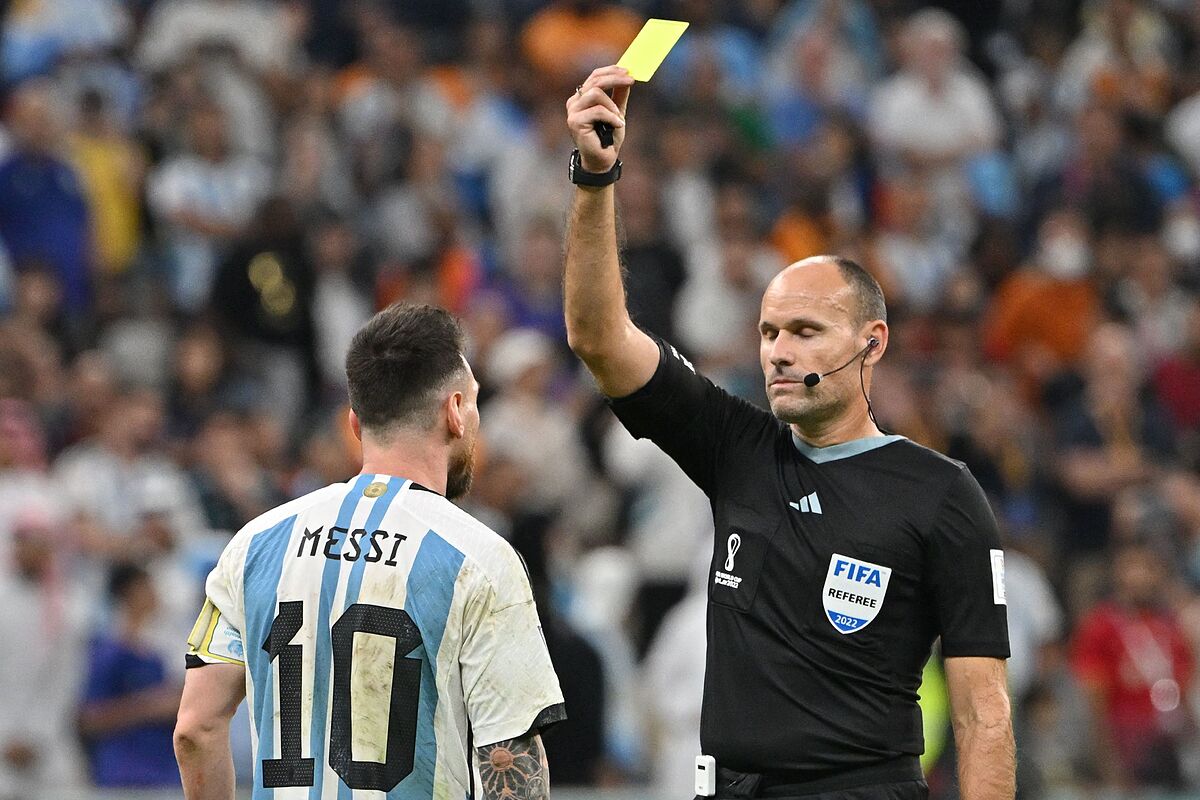 While his teammates celebrated qualifying for the World Cup quarterfinals like never before after beating the Netherlands in a penalty shootout, the man from Rosario had other things on his mind.

He was aware that his dream of winning his first World Cup was in serious danger.

And he knew how to find the culprits.

Like Weghorst, the Dutch docker who took the game to extra time with two goals.

He called him "dummy".

Like Louis van Gaal, whom he went to look for on the bench to remind him that if he had pushed the albiceleste to the limit it was thanks to "balls".

And like the referee Mateu Lahoz, whom he has not forgotten since he canceled a goal that could have given Tata Martino's Barça the League against Atlético de Simeone, and who he spent the night reprimanding while the referee put on a circus at the World Cup , the most precious showcase.

FIFA holds Mateu Lahoz in such high regard that, already in the first phase, it awarded him one of the most difficult matches, an Iran-United States with an enormous geopolitical charge but which ended up being white glove.

Before he had already refereed a Qatar-Senegal (1-3) in which he had no qualms about avoiding a penalty to the host team with the game still to be resolved.

Although nothing like what happened on the night in Lusail, in a game in which he signaled 48 fouls (30 for Argentina and 18 for the Netherlands) and showed 16 yellow cards (eight per side).

Before the game got out of control, Mateu was already looking at the benches out of the corner of his eye to admonish anyone who crossed the line (such as Walter Samuel, assistant coach Lionel Scaloni, or Weghorst, who came onto the field already with a card behind his back).

Messi, with his hand on his lips, already stayed to wait for Mateu at the end of the first act.

Although the worst was yet to come.

After the riots began to break out without remedy - Paredes' ball shot into the Dutch bench was especially surreal -, Paredes committed a foul in the tenth minute of extra time, just the added time that the referee had called.

The foul was discussed vehemently by the albiceleste players.

"I don't want to talk about the referee because then they sanction you. I can't be honest. But FIFA would have to review all this. They can't put a referee of this height for a World Cup quarterfinal. I think they would have to see it," he charged. Messi.

And he continued: "We deserved to go through. Maybe we didn't have a great game, but we played like we had to. And the referee sent us into extra time. It wasn't just because of the minutes (added), but because of the whole game. He always plays you against. The last foul [de Paredes] I think it was not. You realize that he wants to

And Dibu Martínez, an Argentine hero after his two saves in the penalty shootout, settled: [Mateu Lahoz] is crazy.

You say something to him and he talks back to you.

Since Spain was left out, he wanted us to be left out as well."