Livakovic, a chat with Modric and a hero's cape against Brazil: "What are you doing at Dinamo? Don't sports directors have eyes?"

- I don't see your progress in the selection. Is it because there is pressure? - It could be, I don't know... - I think it could be because you don't transmit security and that spreads to the team. All the... 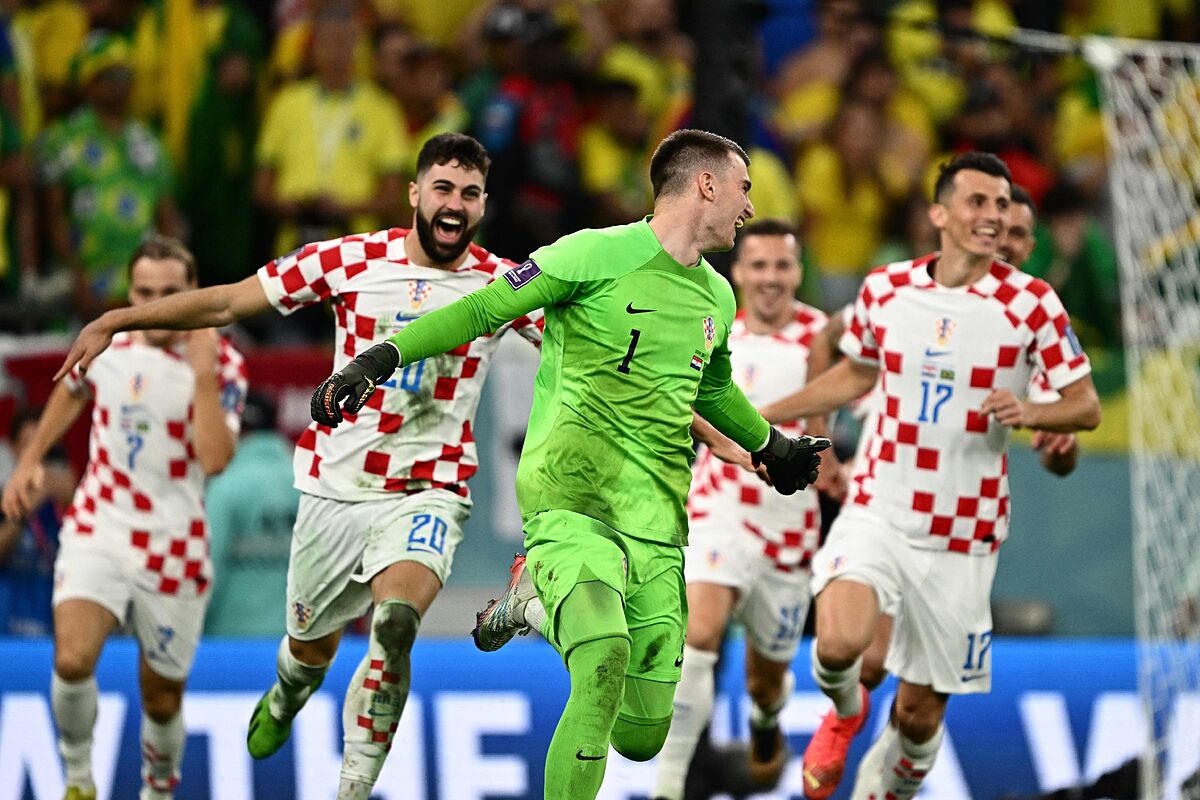 - I don't see your progress in the selection.

it because there is pressure

- I think it may be because you don't transmit security and that spreads to the team.

Everyone makes mistakes, name me one person who doesn't.

Why can't you commit one?

I think the problem is that you are afraid and that in the end only makes things worse.

You are a great goalkeeper

You know that, right?

qualifying phase for the World Cup in Qatar

(Zadar, 1995) lost the starting position in goal for

The young goalkeeper, undisputed at

, the dominator of his country's championship, had to leave the national team's nets in the hands of

It was autumn 2021 and twelve months after the

the future under the Croatian sticks was not clear.

For this reason, during a concentration of the selection,

Luka Modric acted as captain and had that talk with Livakovic

in the hotel where the Balkan team was staying.

A conversation that can be seen in the documentary

' and that had a positive effect, because the goalkeeper regained his position a few months later and did not release it until Qatar.

Back in the Arab country, he saved penalties from Japan's

in the round of 16 and did the same with

' shot before seeing how

With the detainee in the quarterfinals, Livakovic accumulates four saved penalties and draws with the German

, who rejected four in the last

, three in the round of 16 and one in the quarterfinals on the way to a legendary final for the Balkans.

From Subasic to Livakovic, the heroes of Croatia

is copying the chronology of the

Four years ago, the team led by Luka Modric beat Denmark on penalties in the round of 16 and in the quarterfinal against Russia.

All with a hero:

And now, in Qatar, they have been better than

from eleven meters, although with other wings: those of Livakovic.

We were raised as fighters

, we always give our best. Let's see how far we can go", valued the goalkeeper.

The goalkeeper born in Zadar, the same city that saw Modric reach the world, landed in the tournament as one of the footballers with the least

in the Croatian team.

Livakovic is satisfied with 8.50 million

, which in the Balkan starting team is only higher than the 3.5 of the veteran center-back Lovren and the 6.5 of the Juranovic winger.

He was not a star.

It wasn't supposed to be.

and the entire offensive arsenal of Brazil, the goalkeeper became a giant with

He already has 19 in this World Cup, four less than the Polish Szczesny, the best in this section.

"He has an aura that few have"

I don't understand why he's still at Dinamo Zagreb

, now the coach of

. "His case is like Gvardiol's. We're not surprised. He's a treasure and a specialist in penalties for a long time".

Before the World Cup, Livakovic

that had been taken in his career.

"He has a magnet, an aura that few have. But he has had it for many years, I really don't understand why he continues playing in Zagreb," adds Jovicevic.

On a personal level, Livakovic is "

shy" off the pitch

, but has "a lot of personality during games."

and appears in the most important moments. He has something. I always ask the goalkeepers to stop me with 0-0, when I'm suffering, not with a 3-0 in favor," says Jovicevic.