England is concerned about Mbappe's troubles in the "home"

France, the defending champion and seeking a historic double, today, in the quarter-finals of the World Cup Qatar 2022 in football at Al Bayt Stadium in Al Khor, faces an English team that dreams of repeating the achievement of 1966 and hopes to repeat the achievement of reaching the European Cup final last summer. 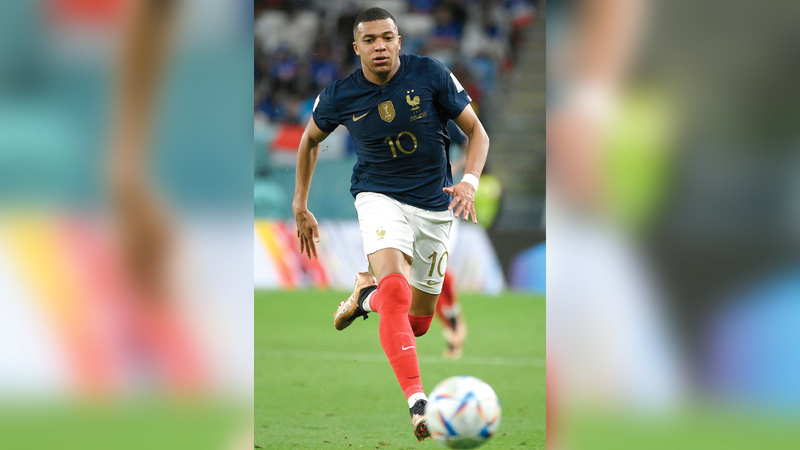 England is concerned about Mbappe's troubles in the "home"

Today, in the quarter-finals of the Qatar 2022 World Cup in football at Al Bayt Stadium in Al Khor, France, the defending champion and seeking a historic double, will face an English team that dreams of repeating the achievement of 1966 and hopes to repeat the achievement of reaching the European Cup final last summer.

Despite the attacking power of the "Roosters" with superstar Kylian Mbappe, the tournament's top scorer so far with five goals, things have become more serious in front of the "Three Lions" armed with youthful spirit, whose coach Gareth Southgate led him to the European Cup final last summer when he lost on penalties to Italy.

The irony is that these two European powers, who are geographically separated by a few kilometers, have only met twice on the international stage, in 1966 when England won a double and repeated that in 1982 with a score of 3-1.

France, which won its second World Cup title in Russia four years ago, paved its way to the quarter-finals by defeating Poland 3-1 in the final price, with two goals for Paris Saint-Germain striker Mbappe and another for Olivier Giroud.

As for England, it reached this stage after a 3-0 victory over Senegal, despite a shaky start against the African champions.

The most important question currently raging before the match is how the English will be able to control Mbappe, the sniper, in the match that will be witnessed in the home stadium.

Right-back Kyle Walker, who is likely to face Mbappe directly, is looking to deflect the impression that Mbappe is the only French threat.

"I know he's a great player, but we don't play tennis," says the Manchester City defender.

This is not an individual sport, it is a team game.

"We know he's a great player, and that's why he's at the center of all the questions," he adds.

But let's not forget (Olivier) Giroud, who scored countless (goals), and (Osmane) Dembélé, for me, is a good example on the other wing.

On the other hand, the victory of France, champion in 1998 and 2018, over Harry Kane and his companions will achieve the goal of the French Federation and will likely guarantee an extension for coach Didier Deschamps.

And before the possible semi-final match against Portugal or Morocco, the victory of the "Roosters" will be a strong message in the world of football, since since Brazil's achievement in 1998, no title holder has succeeded in reaching the semi-finals of the following finals after winning the title.

As for elimination, it would look like the end of the French football cycle, with a coach at the end of his contract and many players undoubtedly playing their last World Cup, such as Giroud, Hugo Lloris and even Antoine Griezmann.

Giroud, who became the historic top scorer for the "Blue", said, "There are three matches left for achievement (defending the title), but we don't want to think about it.

We know he will be great for history, but believe me, we are focused on England above all else.”

The English will also rely on a strong offensive line, featuring Kane, Marcus Rashford, Phil Foden, Jack Grealish, Bukayo Saka, and even Raheem Sterling returning to the national team from a surprise visit to his family, which was said to have been burgled.

It is a team that “has some of the characteristics that we enjoy: very fast players on the sides, two wings that attack strongly, and a midfield that is able to advance.

We are exactly the same”, says French midfielder Adrien Rabiot.

The similarity between the two teams also applies to the defense line, which offers fewer guarantees than the offensive ones, even if the English defense has so far excelled with three clean sheets, unlike the French, who conceded a goal in every match.

What is certain is that this match in Qatar will enter the history of the French-English rivalry, because the confrontation between them actually took place twice in the World Cup finals when the English excelled, but Saturday’s match will be a precedent in the knockout stages.

France's victory will achieve the goal of the French Federation, and will likely guarantee an extension for coach Didier Deschamps.

Mbappe is the top scorer in the Qatar World Cup 2022 so far, with 5 goals.