The Omani fan, Ahmed Al-Nawfali, surprised an Argentine fan who was preparing to leave Qatar due to his running out of money and his inability to follow the Argentine national team’s match with the Netherlands, on Friday, in the 2022 World Cup. 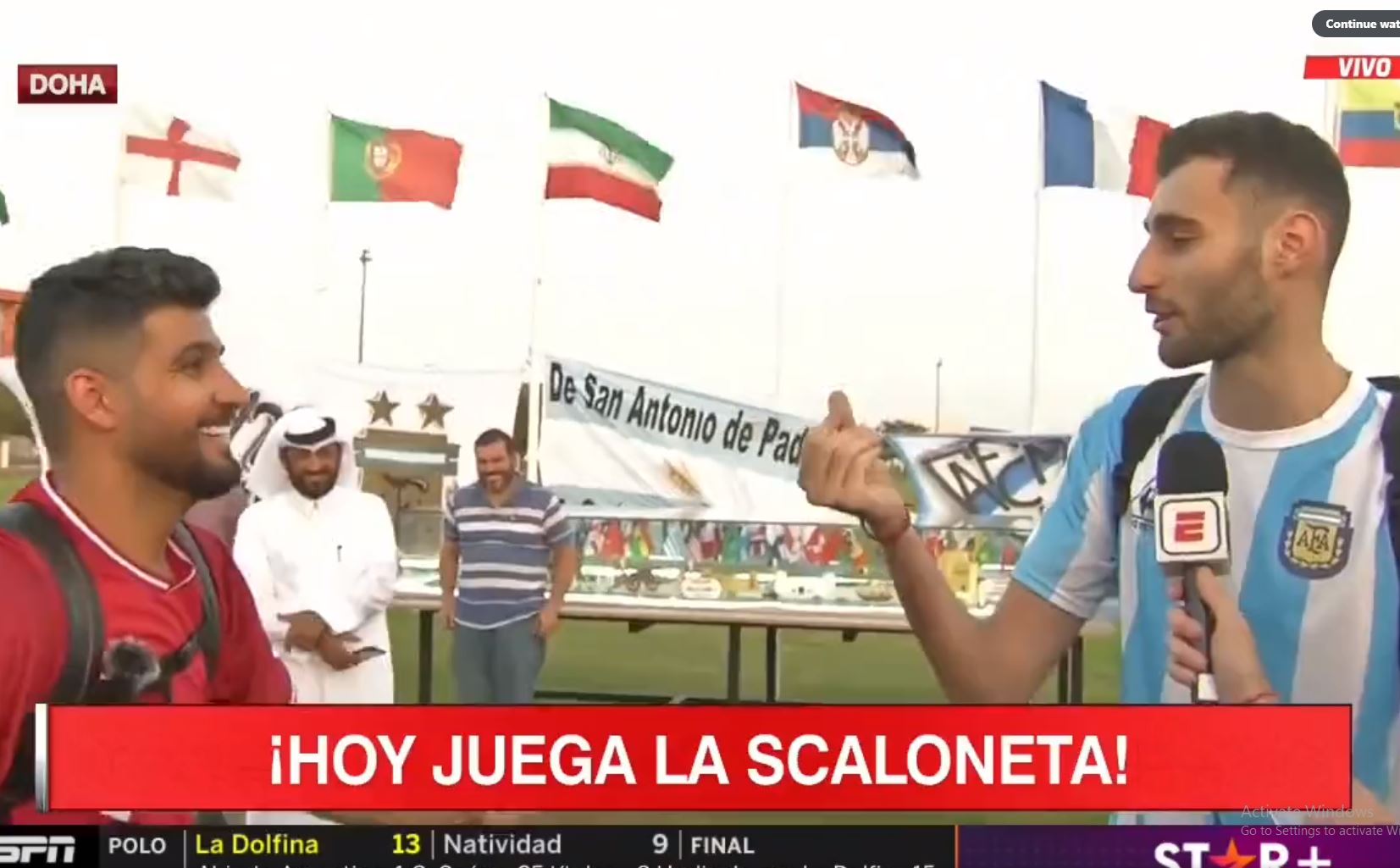 The Omani fan, Ahmed Al-Nawfali, surprised an Argentine fan who was preparing to leave Qatar because he had run out of money and was unable to watch the Argentine national team’s match with the Netherlands, on Friday, in the 2022 World Cup.

A video showed the Omani youth speaking to the Argentine media, asking an Argentine fan to stay in Qatar and not leave, and assured that he would provide him with accommodation in his home until the day Argentina left the World Cup, in the hands of legend Lionel Messi and his World Cup companions.

You are in #Qatar 🇶🇦..you are in your home.”

In a gesture indicating the generosity and hospitality of the Arabs.. Influencer Ahmed Batu storms a television interview for an Argentine fan 🇦🇷 who is preparing to leave Qatar because he does not have enough to extend his stay, and takes the initiative to host him in his home 🇶🇦# FIFA WorldCup | # Qatar 2022 # Hayakum_in_Qatar | # Nadeeb_Qatar pic.twitter.com/3cLiYzJlQW

The Omani fan said to his Argentine counterpart, who was surrounded by media professionals: "Do not leave, Argentina will win the title. You must leave with the cup.. Stay here, my love. I will host you in my house.. You are in your home, Qatar."

The video received a great deal of interaction because of the harmony that football has created between peoples of different cultures.