Unprecedented celebrations for football fans in the Arab world... a Moroccan historical achievement

The Moroccans celebrated their national team's historic victory over Spain in the FIFA World Cup, which is currently being held in Qatar, and were joined by the citizens of the Middle East and North Africa, who were elated by a victory they considered a victory for the entire Arab world. Arabs from Baghdad to Casablanca cheered when it became 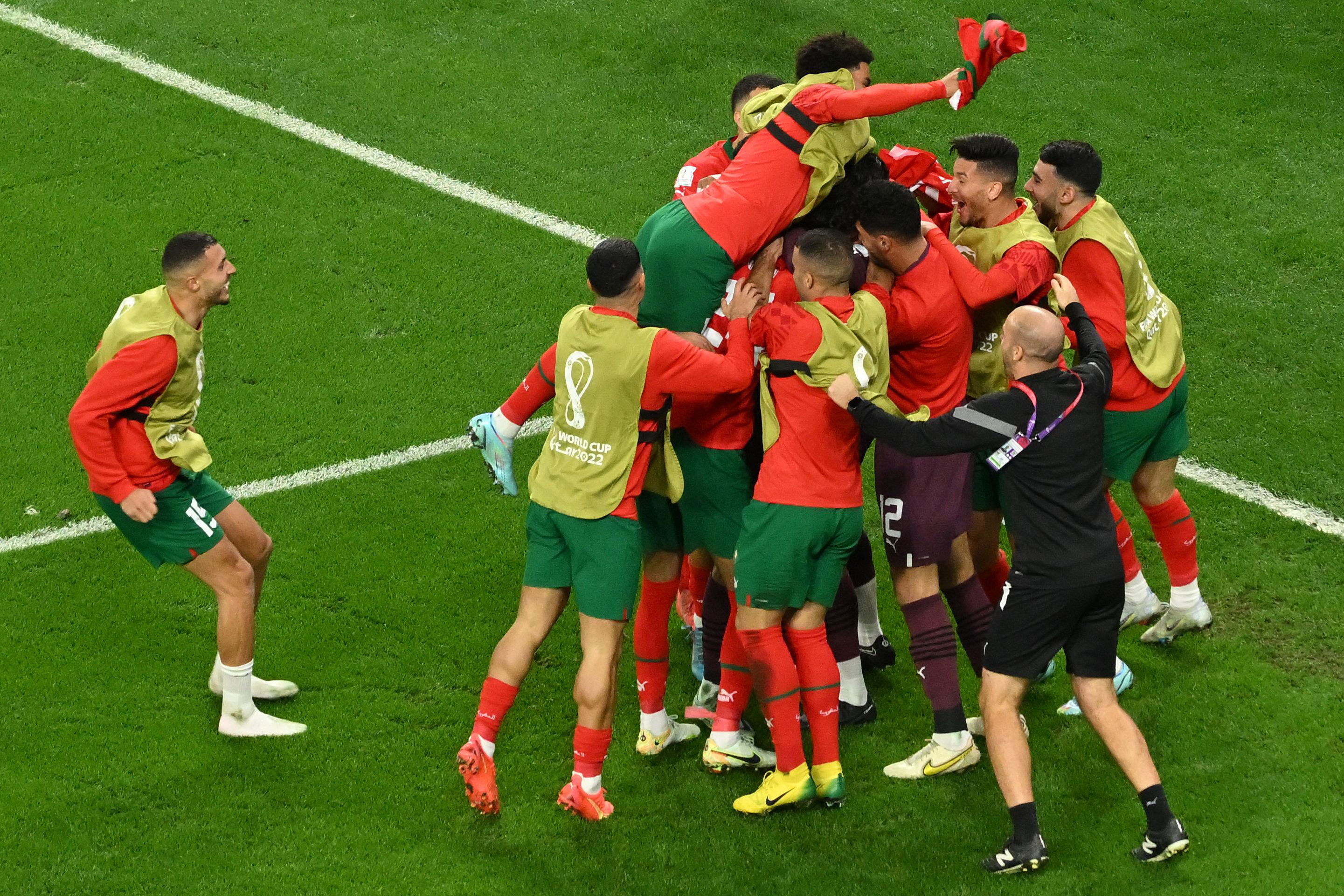 Unprecedented celebrations for football fans in the Arab world... a Moroccan historical achievement

Moroccans celebrated their national team's historic victory over Spain in the FIFA World Cup, currently being held in Qatar, and were joined by the citizens of the Middle East and North Africa who were ecstatic about what they saw as a victory for the entire Arab world.

The Arabs cheered from Baghdad to Casablanca when Morocco became the first Arabic-speaking country to reach the quarter-finals of the World Cup qualifiers, which is being held for the first time in an Arab country.

The Moroccan team defeated its Spanish counterpart, 3-0, in a penalty shootout, after the end of the original and extra time, with a draw without goals.

In Rabat, fans packed cafes for hours before kick-off, eager to catch the play-off, and crowded streets in the city center leading to the square where fans traditionally celebrate after Morocco's previous victories.

Flags fluttered on the windows and car horns blared.

Leaders from across the Arab world paid tribute to the Moroccan team.

In a telephone conversation with the "Atlas Lions" delegation, the Moroccan monarch congratulated the players and the coaching staff on their historic qualification.

The official Maghreb Arab News Agency said, "King Mohammed VI made a phone call to the president of the Moroccan Federation, Fawzi Lakjaa, and the coach of the national team, Walid Rekragui," during which he expressed his warmest congratulations to the players and the technical and administrative staff who gave their best and marked a wonderful path during this major sporting competition.

The King praised the "historic performance of the national team members, who were at the level of the ambitions and aspirations of the broad Moroccan public who encourage them in Morocco, Qatar and all over the world, calling on them to maintain the same approach in this competition and continue to honor national football and raise the national flag high."

Cheers also rose in Abu Dhabi, Cairo, Tunis, Beirut, Amman, Baghdad, Ramallah and other cities, as the Arabs rejoiced at the highly unexpected victory over Spain.

Outside the stadium in Doha, the Moroccan fans seemed to outnumber the Spaniards by far, with more than 44,000 in attendance.

Hundreds of Moroccan fans traveled to Qatar for the match, joining the large number of Moroccan residents, and there were some altercations when people without tickets were not allowed into the stadium.

Emir Tamim of Qatar watched the match from the stadium, gave a thumbs up and grabbed the Moroccan flag, and congratulations poured in on the winning team from the Arab leaders.

In a cafe in the Tunisian capital, fans clapped and sang after the match.

"It is a historic victory and Morocco honors all Arabs and Africans," said Noureddine Sassi, who was watching it with his friends.

Egyptian Mohamed Ali, 35, said he felt nervous while watching the match in Cairo.

"Playing in Qatar helps them a lot, all the Arab fans there stand behind them," he added.

In the Yemeni city of Aden, thousands watched the match with cautious anticipation and optimism until the Moroccan team achieved victory.