Tension between the players and accusations of nepotism .. Hansi Flick will remain with the German national team, despite the disappointment of the World Cup

The German Football Association put an end to speculation about the fate of Hansi Flick, and decided at a meeting - today, Wednesday - to install him as coach of the Manshafts until the end of his contract in the year 2024, when Germany will organize the European Nations Championship. 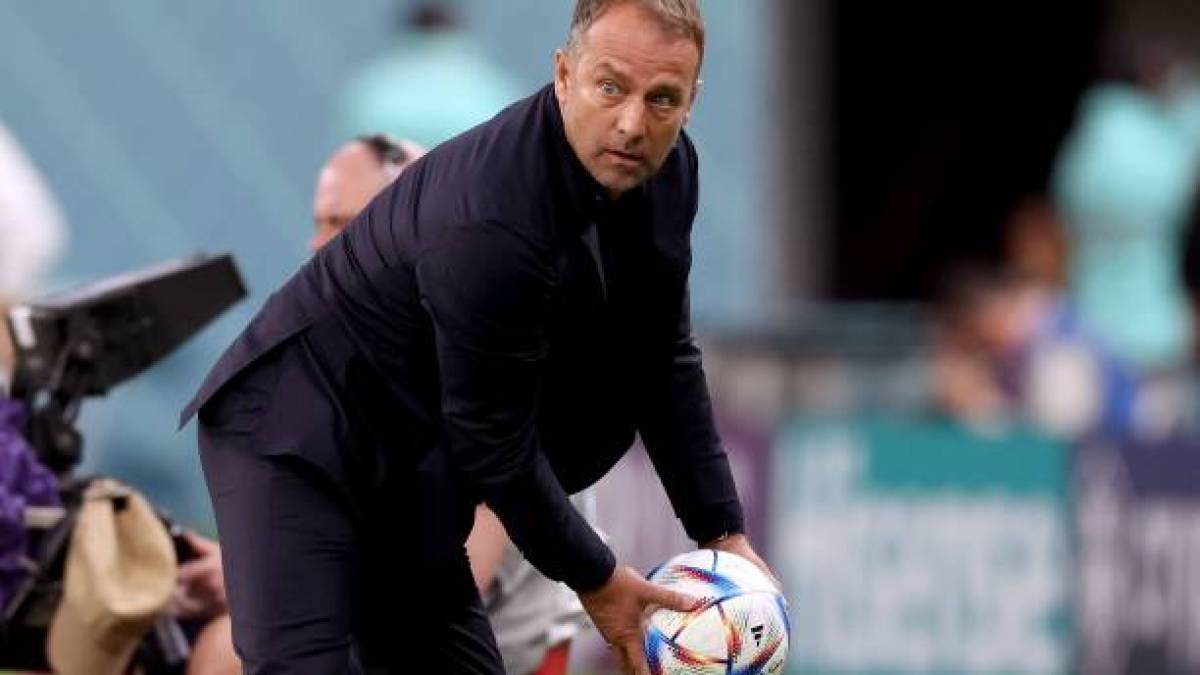 The German Football Association decided to install Hansi Flick as coach of the German national team until the end of his contract in the summer of 2024, according to what the association stated in a statement on its official website.

The German Federation stated that the meeting that took place between the president of the federation, Bernd Nondorf, his deputy, Hans-Joachim Watzke, and the coach of the first team, Hansi Flick, " witnessed friendly and constructive discussions about the current situation and the upcoming prospects for the German national football team."

And the German Federation statement quoted Bernd Nondorf as saying, “We are all convinced that the European Championship 2024, which our country will have the honor of hosting, represents a great opportunity for football in Germany, and our goal is to make this tournament crowned with sporting success for Germany. We have full confidence in Hansi Flick that he will master it.” This challenge is with his team."

Conflicting news circulated in the German media that the Football Association was considering the decision to dismiss Flick from his post, while the same sources suggested that his compatriot Thomas Tuchel would be the next coach of the Manchafts, but Federation President Bernd Nondorf put an end to the speculation.

The German national team - the 4-time world champion - suffered a strong setback in the 2022 World Cup in Qatar, by leaving empty-handed in the first round, after coming third at the end of Group E competitions, behind Japan and Spain and in front of Costa Rica.

Flick said, "The assistant coaching staff and I are optimistic about the European Nations Championship in our country. We can achieve much more than what we showed in Qatar. We missed a great opportunity there, but we pledge that we will learn from those lessons."

And the coach - who has been in charge of Germany since the summer of 2021 - added, "I have faith in the common path agreed upon today with Bernd Nondorf and Joachim Watzke. We all want the whole of Germany to rally behind the national team again, in the European Championship on our soil in 2024."

Favoritism to the Bayern players in the national team

Germany was the most controversial team in the Qatar 2022 World Cup, as the issue of gay support was the most important issue that players, technical and administrative staff cared about, before Manuel Neuer's teammates suffered their first defeat against Japan (1-2).

And the French “RMC” website reported reports that talked about the tense atmosphere inside the national team’s camp, and that the group was divided into two parts due to the presence of indications about the bias of German coach Flick – who won the European Champions League in 2020 with Bayern Munich – to the players who belong to the team. Bavarian in the group.

He stated that "the echoes of the dressing room were not good and quiet, and there was a protest movement led by 3 players: Home Kay Havertz, Marc-Andre Terstegen, and Elkay Gundogan against other players, such as: Thomas Muller, Leon Goretzka, and Manuel Neuer, who are players whom Hansi Flick gave treatment." Especially in the squad because he coached them at Bayern Munich, not because they are better."

And he pointed out that "Kai Havertz would not have understood why he remained on the bench against Spain, while the victory was guaranteeing qualification for Germany, and Marc-Andre ter Stegen - also - showed his annoyance at Hansi Flick's support for Manuel Neuer, Bayern's goalkeeper - aged." 36 years old - who appeared to be in bad shape."