Stina Blackstenius was behind Arsenal's win against Juventus

Arsenal continue to win in the Champions League. On Wednesday night, they won their third game of the group stage, at home against Juventus, after a winning goal by Stina Blackstenius. 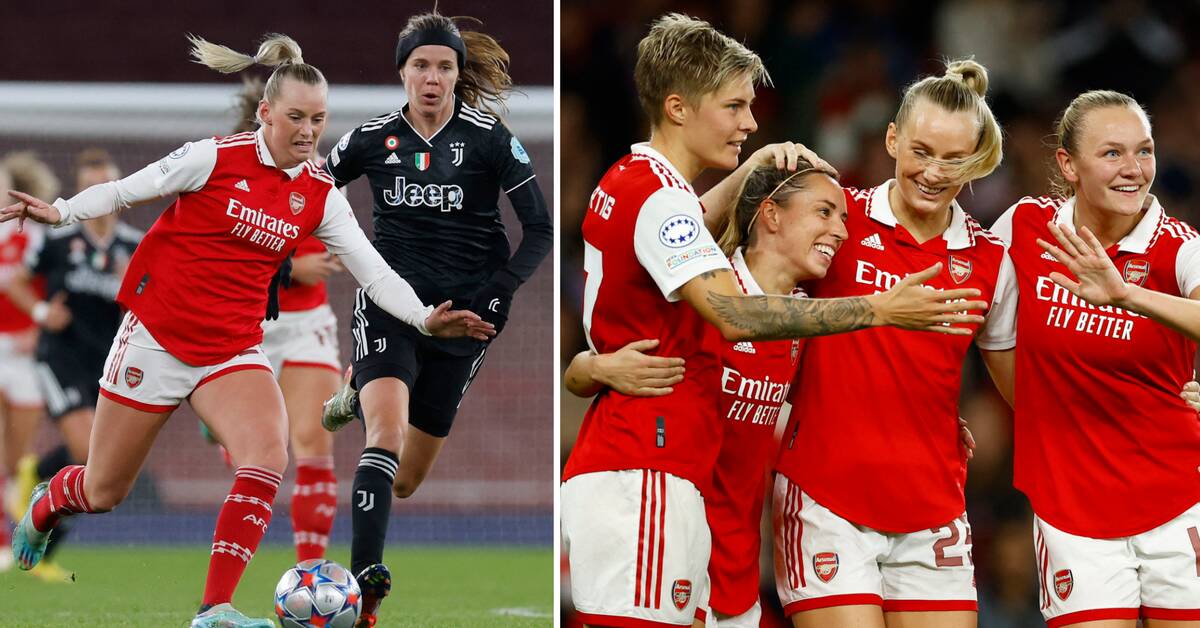 The only goal of the match came after about a quarter of a game when Stina Blackstenius hit a perfect cross to Vivianne Miedema who volleyed 1-0 into the crossbar.

It was Miedema's third goal in the last three games.

Juventus, with Linda Sembrant in the starting eleven, struggled in the first half and came into the game better in the second half.

But Arsenal were stronger and took a comfortable 1–0 victory.

It was Arsenal's third win in four games in the CL group stage, who now lead Group C with two games remaining.

Three points behind the leaders are French Lyon, who on Wednesday defeated Zurich 4-0.

In the other group that matched on Wednesday night, Group D, Rosengård first lost at home to Benfica after a nasty head injury.

The two top teams in the group, Barcelona and Bayern Munich met later in the evening and there it was the Germans who had to exact their revenge.

When they met in Barcelona at the end of November, the home team won 3-0.

Now Bayern Munich could push the Spanish, with Fridolina Rolfö who played the whole match as left back, with 3-1.

Thus, both teams are on nine points with two games remaining.