The early exit of the Spain national team by Morocco from the round of 16 of the 2022 World Cup sparked many reactions and overwhelming discontent among the Spanish sports street. 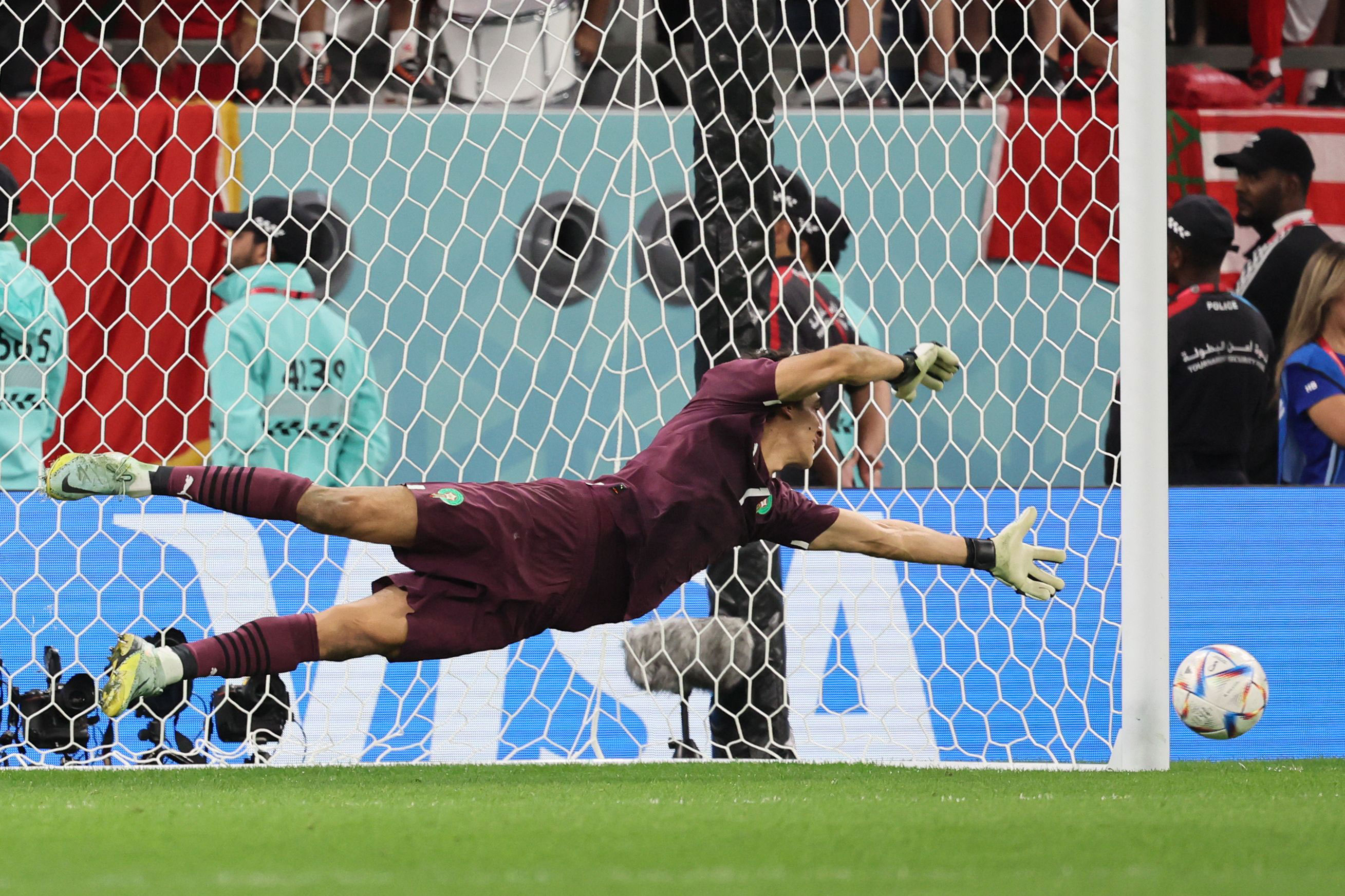 The early exit of the Spanish national team by Morocco from the round of sixteen of the 2022 World Cup sparked many reactions and great discontent among the Spanish sports street.

Spanish media attacked the national team's coach, Luis Enrique, and his players after being eliminated from the round of 16 by Morocco on penalty kicks at the FIFA World Cup in Qatar on Tuesday. On the other hand, they praised the courage of the "Atlas Lions" and the solidity of goalkeeper Yassin Bono.

Spanish newspapers reached Morocco's historic achievement, and confirmed that Bono stopped an obstacle to Spain's attacks before he shone and tackled 3 penalty kicks, although the team trained on 1,000 penalty kicks, but the Moroccan goalkeeper blocked the players' view by blocking all kicks on his goal.

The aspirations were high for Luis Enrique and his young squad after reaching the semi-finals of the European Championship and the final of the Nations League last year, and the start called for optimism in Qatar after the 7-0 sweep of Costa Rica.

After a lackluster draw with Germany, the 2-1 defeat by Japan shook confidence in the 2010 world champion, who was out for a few minutes in the final round of the group stage.

Marca wrote in its headline: "Failure for humble Spain."

And she added in the analysis of the match: Luis Enrique frustrated even his team, the whole campaign was disappointing except for the Costa Rica match, the team was in a free fall until it completely collapsed in front of Morocco.

The coach did not escape sarcasm either, after he said before facing Morocco that every player trained to take 1,000 penalty kicks, but his team did not succeed in any penalty kick, as Bono saved Carlos Soler and Sergio Busquets' kicks, while Pablo Sarabia hit the post before them.

And Madrid-based Marca continued: The team was supposed to train on 26,000 penalty kicks, as Luis Enrique said.

In its evaluation of the players' performance, the newspaper said: There is no player in the team capable of making a difference.

And the Barcelona-based newspaper (Sport) mentioned, in its headlines, "Spain leaves with a big zero," "Spain sank ... the team of a thousand passes and a thousand penalty kicks."

The AS newspaper expressed the country's general sentiment in its headline, "What a painful World Cup."

Luis Enrique said in a press conference after the defeat that he was completely satisfied with the national team, while he did not decide his future, but indicated that he would meet with the President of the Spanish Federation, Luis Rubiales, next week to discuss that.