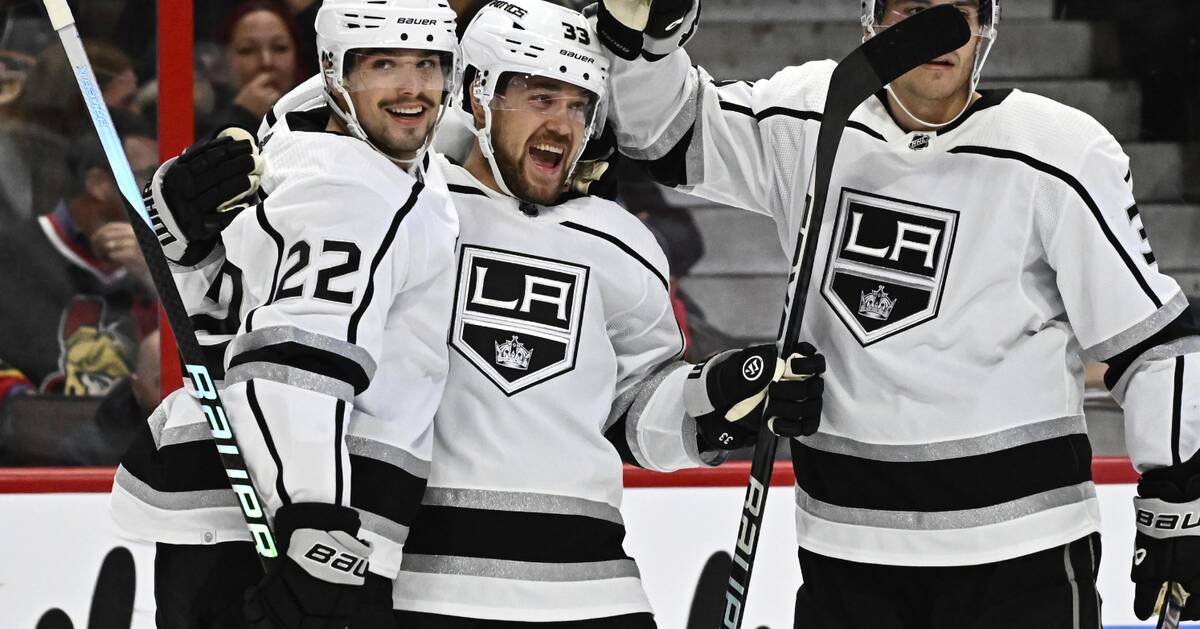 The former skelleftea player stepped into the action midway through the first period.

The first five goals thus came in the first eleven minutes of the match - and with hindsight, it was already decided there.

- I think we played quickly and were able to accomplish what we set out to do.

They were also good, but we made better decisions with the puck and were more efficient, says 29-year-old Arvidsson, according to the NHL's website.

It was a nice start to the six-game road trip for Los Angeles.

- I think it was a solid effort from all the players.

We didn't have to rely on one or two players, the goalkeeper being one of them.

Copley made 31 saves in his season debut.

He signed a one-year deal with Los Angeles in July and tonight's win was his first in the NHL since March 2019 when he played for Washington.

- It felt good and nice to be able to put a win in the column, says the 30-year-old.

Anton Forsberg, with the past in Modo, came in and held tight, facing 14 shots.