The scene where Neymar, who was selected as the 'Player of the Match' in the Korea Match, exchanged uniforms with the youngest member of the Korean national team, Lee Kang-in, is a hot topic. 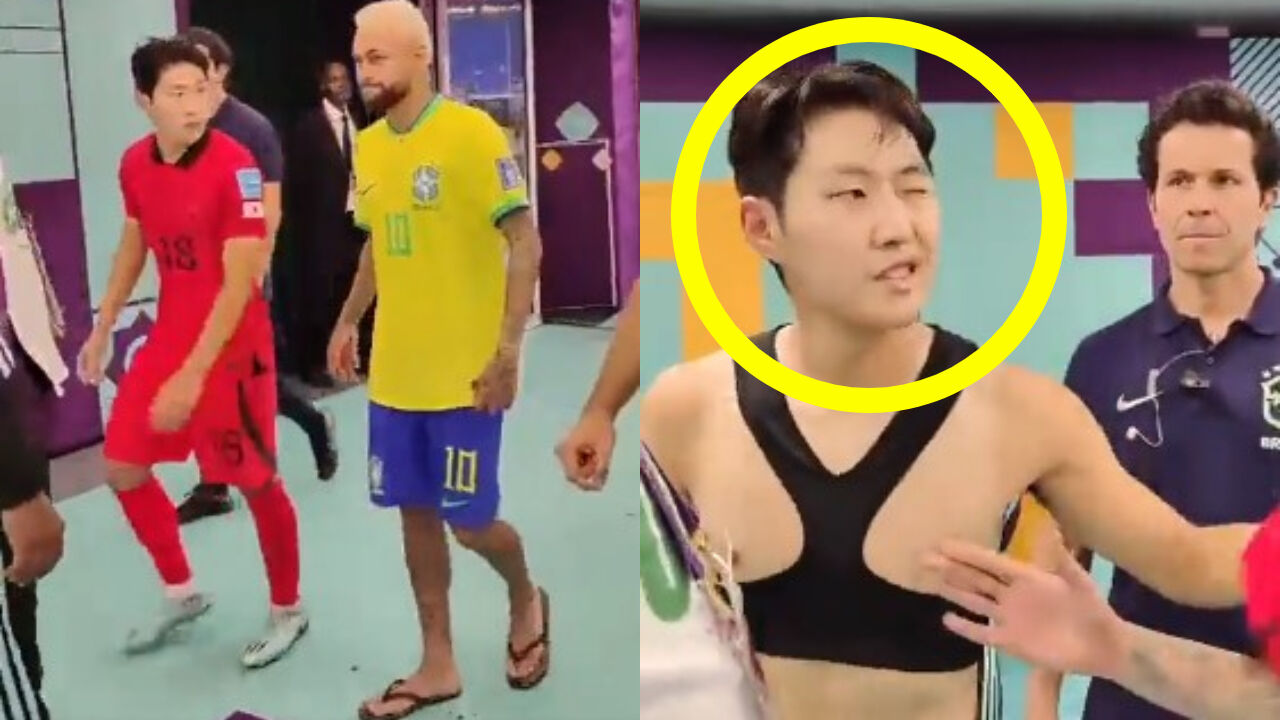 Neymar, who was selected as 'Player of the Match (POTM)' in the Korean War, was caught exchanging uniforms with Lee Kang-in, the youngest member of the Korean national team, and it became a hot topic.

Neymar, the 'key striker' of the Brazilian national soccer team, started on the 6th (Korean time) in the round of 16 against Korea at the 2022 Qatar World Cup held at the 974 Stadium in Doha, Qatar, and led the team to victory by scoring a penalty kick.

On this day, NBC Telemundo shared a video on its official Twitter with the message, "Neymar misrepresented Lee Kang-in for a uniform exchange."

In the released video, Neymar met Lee Kang-in on his way to the locker room after the game.

The two men shook hands and Neymar gestured for a shirt exchange.

In response, Lee Kang-in readily took off his clothes and gave Neymar a uniform and winked at him.

Netizens who watched the video responded such as "It looks like they exchanged after seeing Lee Kang-in waiting for them first" and "Both players who did their best are cool".

Lee Kang-in expressed his determination and regret about the game that day.

"Brazil was strong in every aspect," he told reporters after the match. "It's a country with a lot of really good players."

At the same time, he said, "I feel that I have developed as a player," and said, "I don't know how many more times I will go (to the World Cup), but I will try to become a better player who improves every day."